What the fork? Ethereum’s potential forked ETHW token is trading under $100 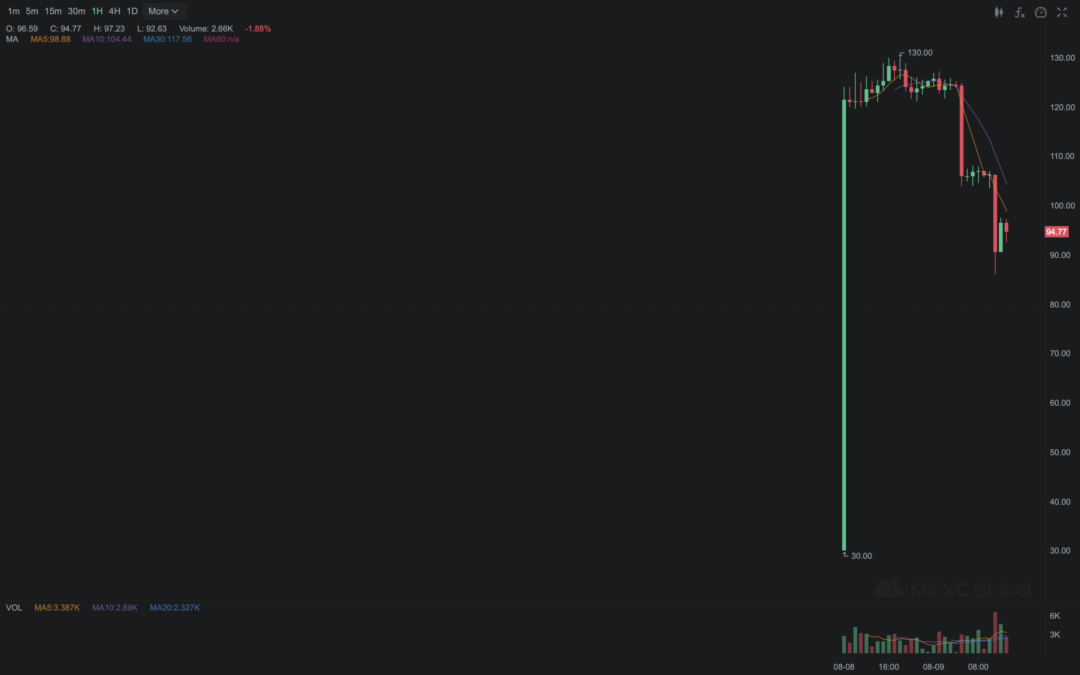 An Ethereum fork token that does not yet exist, dubbed ETHW, is trading under $100 across several crypto exchanges after debuting at $30.

ETHW is the native asset to the ETHPoW chain. ETHPoW, for now, is a possible new chain backed by proof-of-work (PoW) miners as the original chain switches to proof-of-stake (PoS) consensus in September’s “Merge” event.

Meanwhile, the proof-of-stake version ETHS is trading at around $1,600, or the difference between the ETH price and the ETHW price.

As a result of this potential chain split, anyone holding a certain number of the original chain’s Ether (ETH), will automatically receive an equal amount of ETHW tokens. Such speculations have prompted some exchanges to list ETHW for trading in advance.

For instance, Poloniex announced support for both ETHW, as well as ETHS, the PoS chain token, listed for trading against Ether.

Crypto exchange MEXC Global and Gate.io have also listed ETHW and ETHS on its platform. While OKX CEO Jay Hao has committed that they would list the newly forked Ethereum coins if there is “sufficient demand” for them among traders.

At @OKX, we actively monitor and will support the #Ethereum Merge.

We will evaluate and list the newly forked coins if there is sufficient demand.

ETHW trading at how much?

ETHW debuted on Poloniex and MEXC Global on Aug. 8 at around $30 per token. On the same day, it rallied 333% to $130 before correcting to approximately $100 on Aug. 9. Trading volume was stable throughout the period.

Notably, Hongcai “Chandler” Guo, a San Francisco-based angel investor in Bitcoin and Ethereum startups, has emerged as the main backer of ETHPoW. He claims he has a team of 60 developers working on getting rid of the so-called “difficulty bomb,” a software tool designed to force the PoW-to-PoS transition.

On the other hand, Ethereum co-founder Vitalik Buterin called fork supporters “a couple of outsiders” that own crypto exchanges and “want to make a quick buck.”

He reasserted that Ethereum miners already have a PoW alternative in Ethereum Classic, the original version of Ethereum, noting that it has “a superior community and superior product for people pro-proof-of-work.”

$ETC is the original chain. $ETH is a fork. And $ETHW is a fork of a fork. pic.twitter.com/0PkIYu4RrE

Ethereum Classic (ETC) has rallied nearly 150% since the Merge’s announcement on July 14.

How do you think the Ethereum Merge will play out? @Galois_Capital’s Kevin Zhou thinks there will be at least *three* forks and discusses why he thinks the POW chain will maintain a “decent amount of the market cap.”

Zhou warned about potential liquidations in the Ethereum forked token markets, but admitted that the tokens could survive nevertheless at lower prices.