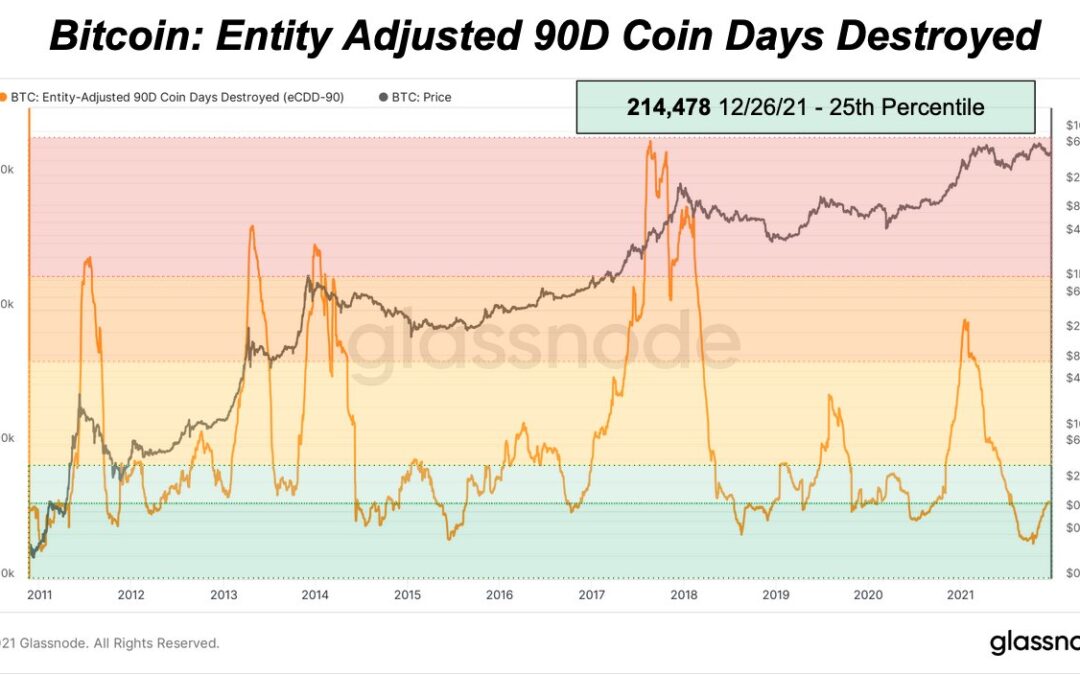 According to the Coin Days Destroyed (CDD) metric from on-chain analytics firm Glassnode, the proportion of coins being spent by old hands remains near record lows.

Strong hands knuckle down throughout 2021

In the latest sign of the conviction of those who invest in and hold Bitcoin over multiple years, CDD remains extremely calm.

The indicator refers to how long each BTC has been dormant each time it moves. This provides an alternative to simple volume measurements to determine market trends. Older coins are thus more “important” than younger ones with a history of active movement.

“Despite a rise over the last few months, the current value is still around historic lows,” Twitter account UTXO Management summarized alongside an imprint of the chart.

The data highlights that since a spike in old hand selling after BTC/USD crossed 2017’s all-time highs of $20,000 last year, strong hands have stayed firm.

Even the run to nearly $70,000 failed to break the trend significantly, and selling still appears to be coming from newer market entrants.

Another metric, Unchained Capital’s Hodl Waves, confirms this — those coins purchased between three and six months ago now account for the biggest decrease in the overall supply.

Related: Countdown to the yearly close: 5 things to watch in Bitcoin this week

This implies that sellers acquired their BTC between June and September this year, the period during which BTC/USD dipped to lows of $30,000.

As Cointelegraph reported, clear distinctions between different groups of hodlers have long been under the microscope.

#Bitcoin is once again in accumulation mode. pic.twitter.com/BezC2AUewO