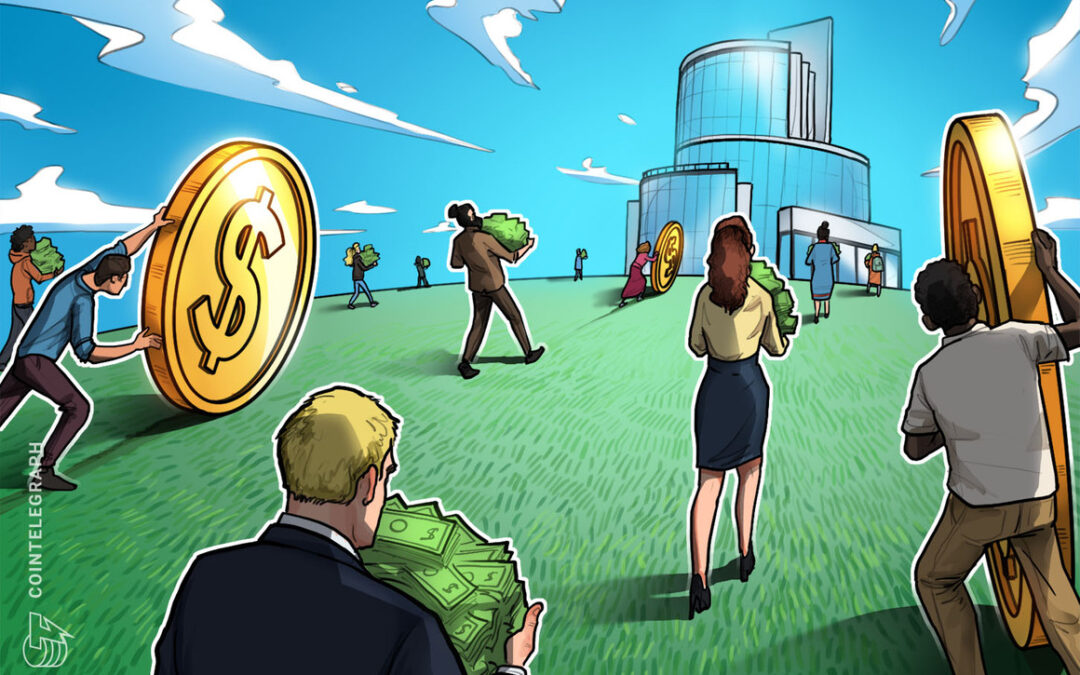 Even with the onset of crypto winter, 2022 has been a watershed year for venture capital funding. Crypto and blockchain companies collectively raised $30.3 billion in venture capital in the first half of 2022, exceeding all of last year’s totals. While the number of deals has declined in recent months, startups at the intersection of blockchain payments, decentralized finance (DeFi) and cybersecurity are still attracting sizable interest from the VC community. The latest edition of VC Roundup highlights some of the most intriguing funding deals of the past month.

Related: The risks and benefits of VCs for crypto communities

ZEBEDEE, a Bitcoin (BTC)-powered payment processor for the gaming industry, has raised $35 million from several investors including Kingsway Capital, The Raine Group and Square Enix. ZEBEDEE is essentially a platform that allows game developers to incorporate programmable money, including BTC, into their games. The payment platform is powered by Lightning Network, making ZEBEDEE a “Bitcoin enabler of choice” for its partners, according to Kingsway Capital managing partner Afonso Campos.

So, we all know that the Lightning Network transfers value instantly and is ever growing with more than 4K Bitcoin stored on its public channels. But how does it make money?

You asked our Development Team and here’s their response pic.twitter.com/f3ZMpEFjhW

Blockchain security firm Halborn closed a $90 million funding round in July that was led by Summit Partners with additional participation from Castle Island Ventures, Digital Currency Group and Brevan Howard, among others. Halborn was founded in 2019 by ethical hackers offering blockchain security services. The company recently warned MetaMask users to be weary of a phishing campaign targeting their browser wallets.

Hashflow, a decentralized finance trading platform headquartered in San Francisco, has closed a $25 million funding round backed by some of crypto’s most prominent venture funds. The investment round, which had participation from Jump Crypto, Electric Capital, Dragonfly Capital Partners and GSR, will aid Hashflow in expanding its product offerings for market markers and institutional traders.

See the biggest deals and more VC data from Q1, courtesy of @CointelegraphCS.

Fan engagement token platform Socios announced in early August that it would invest $100 million in Barca Studios, the digital content arm of the FC Barcelona football club. Socios, which is owned by blockchain technology provider Chiliz, will help FC Barcelona accelerate its Web3 and nonfungible token (NFT) engagement strategy. Specifically, Barca Studios is pursuing NFT and metaverse projects that will help the football club engage with its vast global fanbase, and will rely on Socios’ blockchain to deliver on the strategy.

Web3 email solution EtherMail has raised $3 million ahead of the planned launch of its encrypted wallet-to-wallet communication service. Scheduled for release in the third quarter, EtherMail enables Web3 companies to send “rich, relevant content directly to their asset holders,” thereby reducing the risk of communication fraud. The service also streamlines community newsletter distribution by enabling autonomous, self-updating mailing lists. The seed round was led by Fabric Ventures and Greenfield One.