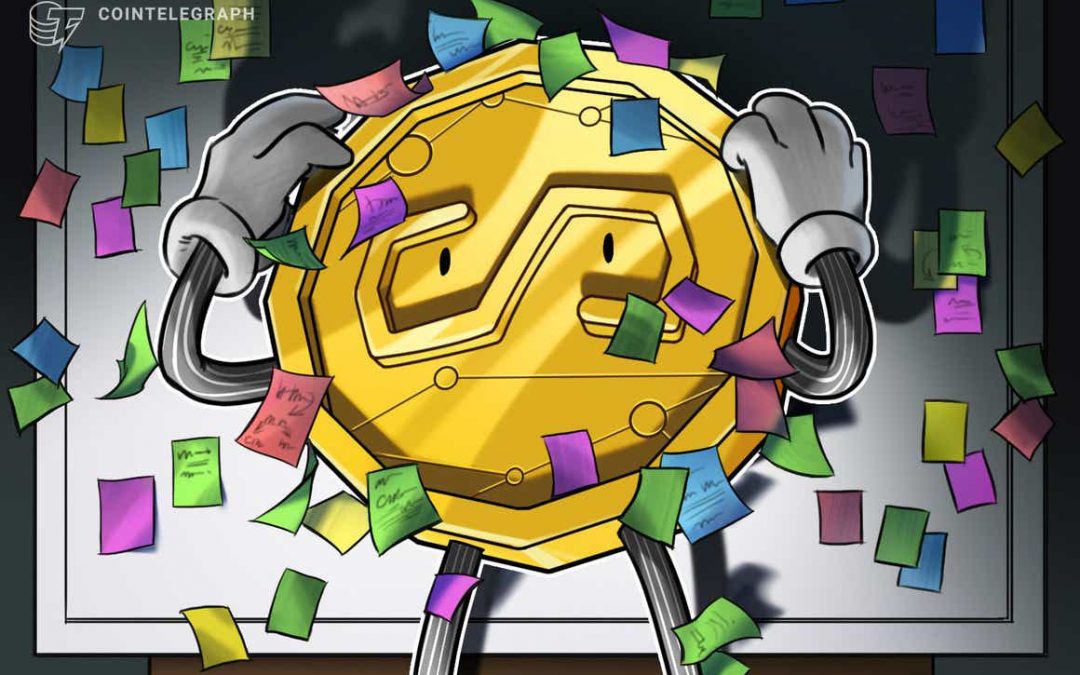 The United States Treasury made further hints at new laws for stablecoins on Dec. 17. Nellie Liang, the Under Secretary of the Treasury for Domestic Finance, fueled more stablecoin regulation speculation with comments on investors ‘potentially big risk’ when using stablecoins.

Following on from the Financial Stability Oversight Council November 2021 report on stablecoins, the top official for financial oversight at the U.S Treasury stated that “If Congress does not enact legislation, the regulators will try to use what authority they have.”

The Treasury has limited powers as broad strokes stablecoin regulation is not possible without the backing of a congressionally mandated authority. “They can do a little here and a little there, but if these are foundational to crypto assets and they aren’t stable, that could potentially be a big risk,” Liang stated of regulators’ powers.

The preferred choice of leverage users and scalpers, stablecoins help traders get in and out of crypto assets. Tether (USDT), the largest stablecoin at over a $75 billion market cap, has been put under the microscope several times.

In the most recent report in March this year, Moore Cayman, a Cayman Islands-based accounting network, affirmed that Tether Holdings Limited’s USDT stablecoin tokens are fully backed by its reserves. However, its widespread use continues to raise concerns among policymakers.

Regulators claim that investor runs on stablecoin could wreak havoc on the market, while the sheer size of a market collapse could upset traditional financial markets if such a run took place. As a result, commentators such as Mark Cuban saw 2021 as the year of stablecoin regulation.

Liang’s comments indicate that congress and the treasury may be at loggerheads when it comes to stablecoin regulation. In the November report, the Financial Stability Oversight Council stated that it is prepared to take steps on its own to address stablecoins if Congress fails to pass legislation.

Her comments echo those of Federal Reserve Chairman Jerome Powell. At the Federal Market Open Committee (FOMC) meeting last Wednesday, he stated that “Stablecoins can certainly be a useful, efficient, consumer-serving part of the financial system if they’re properly regulated. And right now, they aren’t.”

Congress, however, remains divided. Senator Elizabeth Warren of Massachusetts has a hard-nosed approach; “Stablecoins pose risks to consumers & to our economy. They’re propping up one of the shadiest parts of the crypto world, DeFi, where consumers are least protected from getting scammed. Our regulators need to get serious about clamping down before it is too late.”

In contrast, Senator Pat Toomey for Pennsylvania welcomes stablecoins as an “exciting new technology that creates opportunities for faster payments, expanded access to the payment system, programmability, and more.”

Curiously, proponents of Bitcoin (BTC) and cryptocurrencies as a whole would argue that any regulation of the stablecoin space is a case of shutting the stable door after the horse has bolted. Dylan LeClair, a prominent Bitcoin analyst, claims that stablecoins are “preferred collateral for bulls,” which is “good to see.”

Furthermore, Alex Gladstein, Human Rights Foundation chief strategy officer tweeted that “Stablecoins are a bridge to a near future where Bitcoin users can-if they wish-peg holdings to any currency on mobile apps in a non-custodial non-KYC way outside the banking system, without needing altcoins, with instant global cheap payments.” In this sense, stablecoins are a stepping stone to broader Bitcoin adoption.