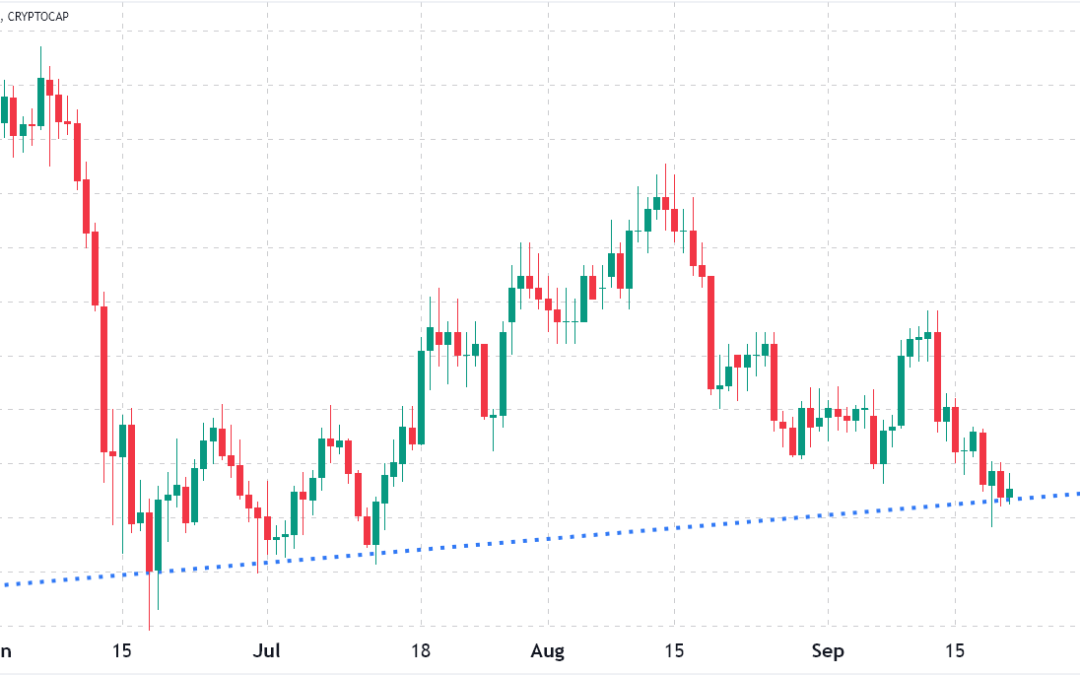 Cryptocurrencies have been in a bear trend since mid-August after they failed to break above the $1.2 trillion market capitalization resistance. Even with the current bear trend and a brutal 25% correction, it has not been enough to break the three-month-long ascending trend.

The crypto markets’ aggregate capitalization declined 7.2% to $920 billion in the seven days leading to Sept. 21. Investors wanted to play it safe ahead of the Federal Open Markets Committee meeting, which decided to increase the interest rate by 0.75%.

By increasing the cost of borrowing cash, the monetary authority aims to curb inflationary pressure while increasing the burden on consumer finance and corporate debt. This explains why investors moved away from risk assets, including stock markets, foreign currencies, commodities and cryptocurrencies. For instance, WTI oil prices ceded 6.8% from Sept. 14, and the MSCI China stock market index dropped 5.1%.

Ether (ETH) also saw a 17.3% retrace during the seven-day period and many altcoins performed even worse. The Ethereum network Merge and its subsequent impact on other GPU-mineable coins caused some skewed results among the worst weekly performers.

ApeCoin (APE) gained 15% as the community expects the staking program to launch, which shall be detailed by Horizen Labs on Sept. 22.

RavenCoin (RVN) and Ethereum Classic (ETC) retraced most of their gains from the previous week as investors realized the hash rate gains from Ethereum miners did not necessarily convert into higher adoption.

Traders’ appetite did not vanish despite the correction

The OKX Tether (USDT) premium is a good gauge of China-based crypto retail trader demand. It measures the difference between China-based peer-to-peer trades and the United States dollar.

Excessive buying demand tends to pressure the indicator above fair value at 100%, and during bearish markets, Tether’s market offer is flooded, causing a 4% or higher discount.

The Tether premium currently stands at 100.7%, its highest level since June 15. While still under the neutral area, the indicator showed a modest improvement over the past week. Considering that crypto markets tanked by 7.2%, this data should be viewed as a victory.

Perpetual contracts, also known as inverse swaps, have an embedded rate that is usually charged every eight hours. Exchanges use this fee to avoid exchange risk imbalances.

As depicted above, the accumulated seve-day funding rate was negative for every altcoin. This data indicates excess demand for shorts (sellers), although it could be dismissed in Ether’s case because investors aiming for the free fork coins during the Merge likely bought ETH and sold futures contracts to hedge the position.

More importantly, Bitcoin’s funding rate held slightly positive during a week of price decline and potentially bearish news from the FED. Now that this critical decision has been made, investors tend to avoid placing new bets until some new data provides insights on how the economy adjusts.

Overall, the Tether premium and futures’ funding rate show no signs of stress, which is positive considering how badly crypto markets have performed.