The state of crypto in Western Europe: Swiss powerhouse and French unicorns 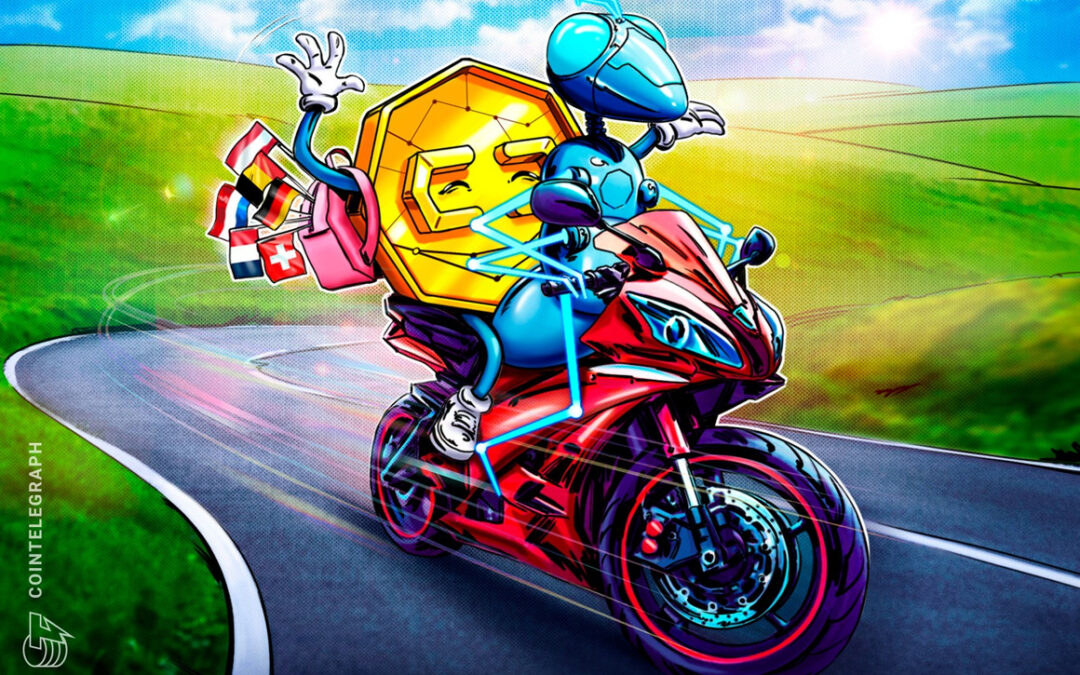 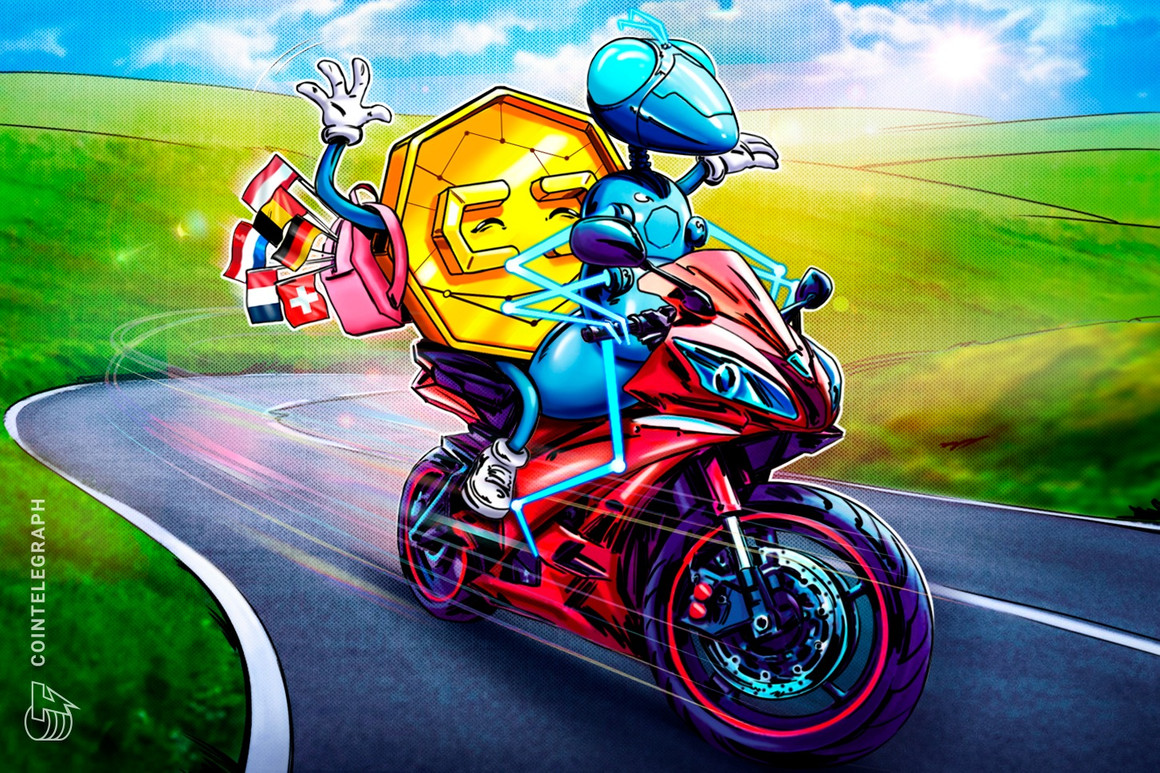 Despite the turbulence that broke out in the crypto market this summer, there is an important long-term marker that should be considered in any complex assessment — the combination of adoption and regulation. The latest report by EUBlockchain Observatory, named “EU Blockchain Ecosystem Developments,” tries to measure this combination within the European Union, combining the data on each and every member country from Portugal to Slovakia.

As the original report counts more than 200 pages, Cointelegraph prepared a summary with the intent to capture the most vital information about the state of crypto and blockchain in Europe. We started from a group of countries that are usually labeled as “Western European.”

Regulation and legislation: A registry for Virtual Asset Service Providers (VASPs) was established by the Financial Market Authority a year later, in 2020. Regulators have adopted an “overall non-restrictive approach” toward crypto and blockchain and crypto mining remains largely unregulated.

Taxes: As is the case in most European countries, digital currency exchange is VAT-exempt. Capital gains from the sale of crypto are subject to a progressive income tax that amounts to up to 55% for individuals and 25% for corporations, but digital taxation policies may apply if the digital currency generates interest income and thus qualifies as an investment asset.

Notable initiatives: In November 2019, the Austrian Blockchain Centre (ABC) was created to explore blockchain applications in the fields of finance, energy, logistics, public administration and the Internet of Things. ABC, currently involving more than 21 institutions and 54 companies in its public-private partnership model, aspires to become the world’s largest blockchain research center. Blockchain is also a key facilitator of the Smart City Vienna and Open Government Data initiatives.

Regulation and legislation: According to the report, there are currently “no specific laws or regulations” in Belgium. In 2017, Financial Services and Markets Authority (FSMA) published a communication on an overview of the legislation and regulations that may apply to Initial Coin Offerings (ICOs) and crypto assets.

At the same time, FSMA maintains a red list of fraudulent crypto companies. Nevertheless, utility token offerings are considered “a regular option” to raise capital. The FSMA characterizes crypto assets as investment instruments given that they may provide rights to revenues or returns, a means of storage and exchange given their convertibility into other assets or a utility token if they provide access to certain products or services.

From May 2022, registration for VASPs and custodial wallets is obligatory. The providers must fulfill certain conditions including status as a legal entity and maintaining minimum capital of 50,000 euros.

Taxes: Tax stands at 33% on any cryptocurrency income, depending on how the individual is investing. A mere increase of value over time escapes taxation, but the investor is obliged to prove their holding strategy. There is no specification on the required holding time.

Notable initiatives: “Blockchain for Europe” represents international blockchain industry players at the EU level, with a primary focus on participation in the regulatory debate. HIVE Blockchain Society is a nonprofit blockchain association whose aim is to promote the understanding of distributed ledger technology and to inform the Belgian and international community about its developments.

Taxes: The country’s highest administrative court reduced the tax burden on profits coming from cryptocurrencies and set a flat rate tax of 30%.

Notable initiatives: The public Deposits and Consignments Fund makes direct investments in crypto projects. The fund has invested $292.3 million (300 million euros) in blockchain and AI in the European Commission’s Investment Programme for the Future.

Community self-organization: The French Digital Asset Association (ADAN) operates as a professional lobbying group on behalf of the industry.

Regulation and legislation: Since 2013, virtual currencies have been the “units of account.” In 2020, Germany introduced the concepts of “crypto asset” and “crypto custody.” The latter requires a license from the supervisory body BaFin. Virtual currencies are not considered legal tender in the country and are generally treated as investment assets or so-called “substitute currencies.”

Taxes: In May 2022, Germany’s Finance Ministry has released new cryptocurrency tax guidelines with no tax payable on gains from BTC and Ether (ETH) sold 12 months after acquisition.

Notable initiatives: In September 2020, the Deutsche Energie-Agentur announced the launch of the Future Energy Lab. It involves, among other things, the pilot projects related to the application of blockchain technology in the energy sector, such as the Blockchain Machine Identity Ledger (BMIL) and the Smart Contract Registry. The BMIL is a digital and decentralized directory for device identities.

The same year one of the four electricity transmission system operators in Germany announced a multi-year strategic partnership with Energy Web that will focus on testing and validating the technological promises of blockchain-based solutions.

Community self-organization: Established in 2017, the Blockchain Bundesverband is a non-profit association with more than 60 members. The association’s initiatives focus on education for decision-makers and the wider public. Based in Munich, the European Blockchain Association provides an independent, neutral platform for blockchain-related communities and organizations to discuss, develop and elaborate on shared work.

Local startups: Iota Foundation develops an open-source protocol that supports data and value transfer between devices and humans, and BitsCrunch, a crypto-analytics company.

Regulation and legislation: The central bank and the Dutch Authority for the Financial Markets (AFM) maintain a one-stop shop for regulatory information for startups called InnovationHub. There is also a regulatory sandbox for emerging technologies with a principles-based (rather than a rules-based) approach. Compliance is determined based on the intent of laws and regulations rather than their letter. A practice of partial authorizations, when a startup does not need to meet all the banking license criteria to obtain a license, is rather common.

Notable initiatives: During the COVID-19 pandemic, Tymlez launched a project to support the government’s transparency in medical supply chains through blockchain technology. There are projects in agriculture such as Blockchain for Agri-food, financed by the Dutch Ministry of Agriculture, Nature and Food Quality to improve supply chains.

Regulation and legislation: In 2019, the Federal Council updated the existing framework conditions in relation to blockchain and crypto. In 2020, the Swiss Parliament passed the DLT blanket act, which selectively adapts 10 existing federal laws. In 2021, a license for DLT trading facilities was introduced.

According to the Financial Market Supervisory Authority (FINMA), digital currencies are categorized based on their function and purpose as payment tokens, utility tokens and asset tokens.

Notable initiatives: Blockchain has been used for issuing digital self-sovereign identities and even voting on the regional level, while digital currencies are accepted for paying taxes and public services. The city of Zug, the capital of the so-called “Crypto Valley,” launched its blockchain-powered digital identity program in 2017. In 2021, the Swiss government started a public discussion on self-sovereign identities on the national level. In 2022, the city of Lugano acknowledged Bitcoin and Tether (USDT) as legal tender.

Community self-organization: The Crypto Valley Association and Blockchain Federation are the major public entities for blockchain enthusiasts and entrepreneurs. There are also popular communities like the Swiss Association of Crypto Investors and the Bitcoin Association.

Local players: Switzerland by far exceeds all the other nations in the list when it comes to globally acknowledged crypto companies. It’s enough to mention that such players as Cardano, Polkadot, Cardano, Solana, Cosmos and Tezos are based in this country.

Discussing the report takeaways with Cointelegraph, Nikolaos Kostopoulos, senior blockchain consultant at Netcompany-Intrasoft and member of the EU Blockchain Observatory and Forum team, compared the European regulatory dialogue to the one that takes place in the United States, highlighting the role of France:

“French regulators and policymakers are seemingly winning the course for a comprehensive, objective and holistic effort to establish the framework for a growing blockchain and digital assets industry. This effort is already validated by the decision of leading players such as Binance and Crypto.com which are heavily investing in their French HQ as their EU base, but also the fact that France is home to a few of the biggest EU blockchain startups.”

While France’s regulatory efforts stay in a larger EU context, Switzerland still leads the way in terms of attracting startups and creating the most welcoming legal environment for them. Kostopoulos believes that this unique position can’t simply be explained by the country’s century-old tradition as a safe haven for big money.

“There are numerous reasons that constitute Switzerland more advanced and progressive in comparison to countries such as Belgium or France. The country has established procedures, progressive financial legislation, human resources and infrastructure to support a framework to accelerate financial innovation,” he said.