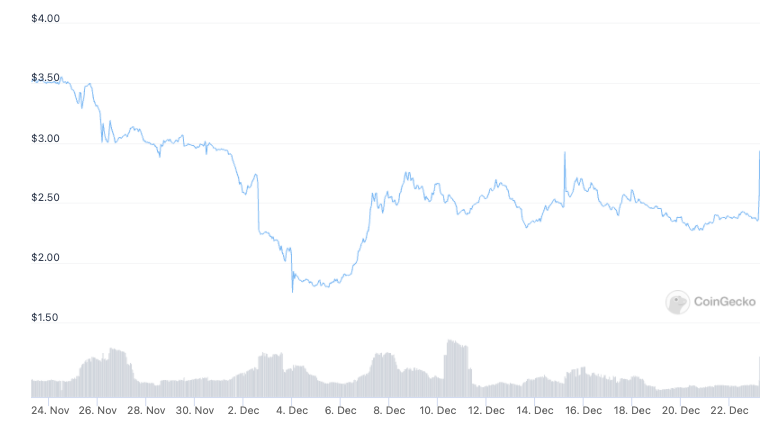 “I’m proud that the technology we created is alive and evolving. When it comes to scalability and speed, TON is still years ahead of everything else in the blockchain realm,” Durov said in a Telegram post on Thursday.

He noted that the project rebranded from TON to Toncoin. Unlike the original TON, the new project is independent of Telegram. “But I wish its team the same success. Coupled with the right go-to-market strategy, they have all they need to build something epic,” he noted.

TON on Thursday announced a partnership with Donate, saying that users will soon be able to make donations and pay for their subscriptions in Toncoin. At the same time, channel administrators will be able to collect their income in the cryptocurrency. The Subscriptions service previously announced the news on Monday.

TON is a blockchain that was created by brothers Nikolai and Pavel Durov in 2017, but the two and Telegram stepped away from the project in 2020 after a lengthy battle with the United States Securities and Exchange Commission. The SEC specifically won a case where it accused Telegram of violating the U.S. securities laws by conducting its $1.7billion initial coin offering in 2018.

Despite Telegram officially terminating the project more than a year ago, the idea of TON has not been abandoned, with the original open-source project giving rise to a number of independent spinoffs.

At the time of writing, the TON Russian community has almost 160,000 subscribers on its official Telegram channel, while the global Toncoin community counts about 50,000 followers.

Related: The International Chess Federation is first global sports association with its own NFT marketplace

Amid the latest news, Toncoin’s price has seen notable growth, surging over 23% over the past 24 hours and trading at $2.93 at the time of writing, according to data from CoinGecko. The token’s all-time high was $4.5 recorded on Nov. 12. The token is listed on some of the world’s largest crypto exchanges, including OKEx, FTX and EXMO.