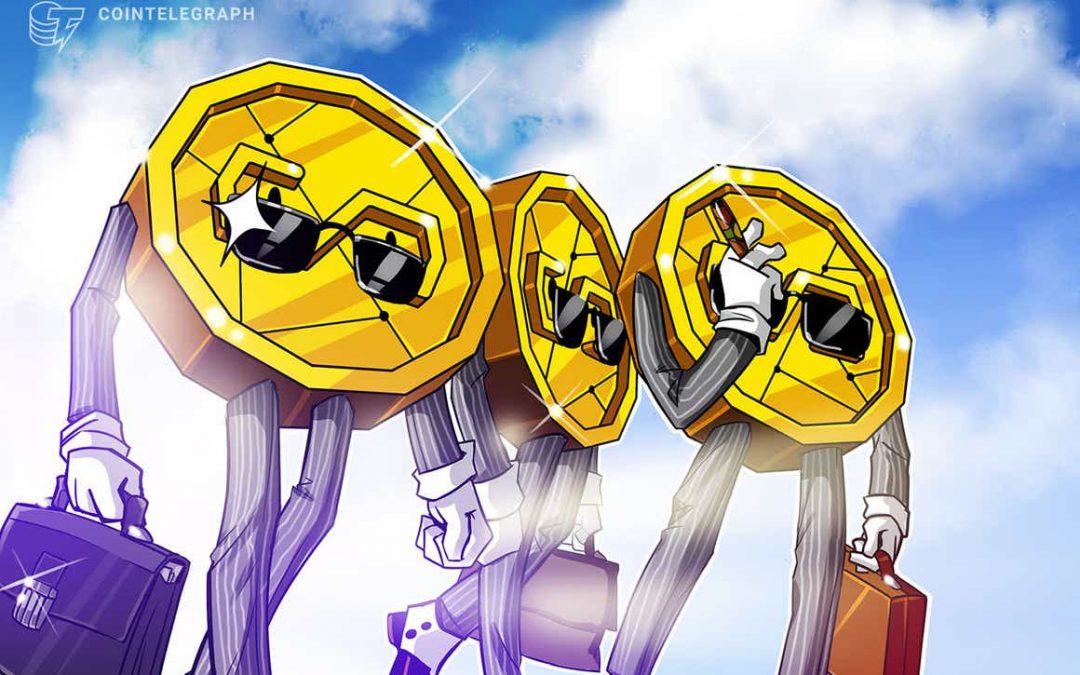 There is no denying the fact that the crypto market has grown from strength to strength over the course of 2021, as is best highlighted by the total capitalization of the industry recently hitting the $3-trillion mark, albeit for a relatively brief period of time.

That said, stablecoins, a class of cryptos that have their value pegged to a fiat currency, have seen their usage increase dramatically in recent months thanks, in large part, to their ability to help investors get their feet wet with digital currencies while eliminating many of the core issues — such as daily price volatility — currently affecting the crypto market.

Since 2020, the stablecoin sector has expanded by a staggering 500%, rising from a total market capitalization of around $20 billion to over $125 billion. As one can imagine, this monumental rise has not gone unnoticed by regulators globally, so much so that the Biden administration is actively looking to devise a bank-like regulatory setup for stablecoin issuers.

And even though digital currency backers are known for their anti-regulatory outlook, issuers of stablecoins such as USD Coin (USDC), Circle CEO Jeremy Allaire recently took a supportive stance regarding the issue. In a recent interview, he said that proposals to regulate dollar stablecoin issuers in the United States at the federal level signified progress for the industry’s growth. “There’s a real recognition that as these payment stablecoins grow, they could grow at internet scale relatively quickly,” Allaire commented.

Are regulations the way to move forward?

Upon reaching out to Circle, a spokesperson for the company told Cointelegraph that the firm, for a long time now, has been fully supportive of U.S. Congress establishing federal supervision for issuing stablecoins, adding:

“The rapid scaling and strategic importance of this to dollar competitiveness in the age of crypto and blockchains is critical. We also know that, much like with the creation of the internet, it’s only through a rigorous public-private sector collaboration that people everywhere will be able to tangibly benefit from public blockchains.”

The spokesperson said that Circle will continue to welcome any regulation that helps make consumers and businesses safer while also supporting innovation and development that improves economic competitiveness and national security. “We believe this can lead to a radically more efficient, safer, and more resilient financial system,” they said.

Ryan Matovu, CEO and founder of Ardana — a Cardano-based asset-backed stablecoin protocol and decentralized exchange — told Cointelegraph that as calls for regulations continue to garner momentum, there has to be an acknowledgment of the different stablecoin models in the space and the spectrum of decentralization they exist along. He said:

“Regulation on centralized custodial-type stablecoins makes sense, as they operate within the traditional finance space of holding fiat U.S. dollars in accounts. Decentralized stablecoins sit outside of this and existing as purely on-chain assets should be treated as such as peer to peer platforms as opposed to ‘issuers.’”

Is oversight a foregone conclusion?

Steven Parker, CEO of cryptocurrency wallet app Crypterium and former general manager of Visa’s Central and Eastern Europe network, told Cointelegraph that there is absolutely no future stablecoin environment that does not end in regulations that are, at least, on par with the rules that banks are subject to today.

He highlighted that Sir John Cunliffe, deputy governor of the Bank of England, recently commented that the continued growth and use of digital currencies could lead to a major financial meltdown. Parker added:

“The reaction of policymakers to Libra, now Diem, a form of stablecoin, was swift and had a major regressive step on its implementation. Anybody who thinks that the regulators will simply allow a new non-regulated currency to take a leading role in economic finance is not familiar with how financial regulation works. There is a battle for control of regulation, but once that is resolved, stablecoins and their creators and managers will be regulated hard.”

Not everyone is convinced about the need for increased regulations. Steve Gregory, CEO of trading platform Currency.com’s US subsidiary, told Cointelegraph that not all stablecoins are created equal, and unlike banks, they are not underwritten with the full faith and credit of a sovereign nation like the United States.

That said, the exponential growth rate of stablecoin adoption seems to indicate that the market is unphased by the lax regulation around stablecoins, Gregory noted, adding:

“Ultimately, much like how crypto exchanges function, in the future, there will be two types of stablecoin issuers: those that purposely avail themselves to regulated jurisdictions and offer transparent accounting, clear rules for redemption, and investor protections in one basket, and conversely, there will be other issuers which have a robust secondary market but remain functional without clear rules that may be synonymous with financial institutions.”

Gregory said that the first basket will be the likely venue for regulated financial institutions engaging in crypto-specific financial products and the latter being more for cross-border trading from countries with stringent currency controls, peer-to-peer marketplaces and access to offshore exchanges.

Lastly, in terms of how the stablecoin market would best be governed, Gregory believes that the free market should run its course, something that will allow regulated stablecoins to find their place in the global economy and grow accordingly. He believes unregulated stablecoins will continue to grow and evolve into their own niche: “Overall, it’s a global asset class, and differing regulations in each particular country make it difficult to conform the utility of stablecoins into a regulatory framework.”

As part of its future plans, it appears as though the Biden administration is looking to devise a new “special-purpose charter” for stablecoin issuers, which will effectively put them in the same category as banks. In this regard, Allaire believes that the details on a bank charter for a crypto company need to be ironed out over time so that the rules make sense for players operating in this evolving space.

It is also worth noting that, over the course of the last few months, stablecoins have become a central talking point for regulators. Back in September, the U.S. Treasury reportedly hosted a number of meetings to delve into the risks stablecoins pose to their users as well as the financial system they are operating within.