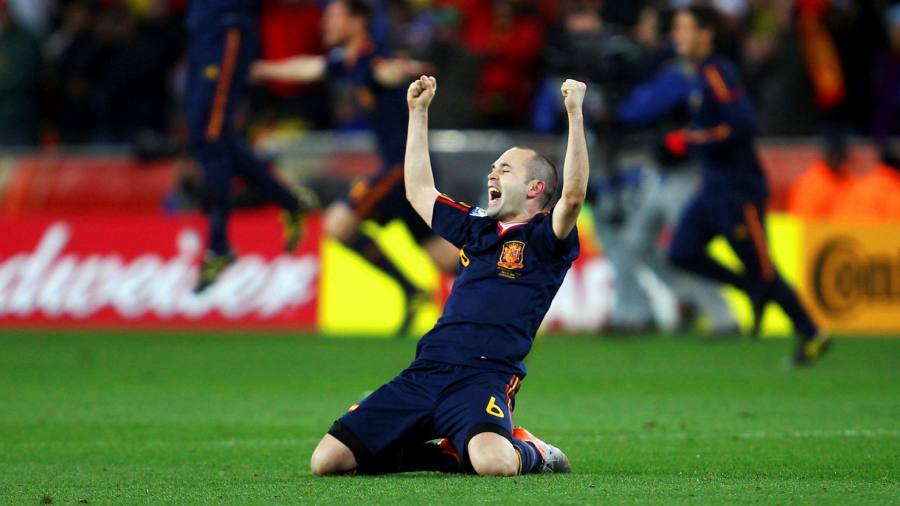 Spain’s market regulator has chided one of the country’s football heroes for promoting digital asset platform Binance, in a social media exchange that comes at a time when crypto companies are vying to reach sports fans around the world.

The National Securities Market Commission responded to Andrés Iniesta, who scored the winning goal in Spain’s 2010 World Cup victory, after he posted on Twitter pictures of himself apparently using the Binance platform.

The watchdog’s tweet, sent late on Wednesday, reminded Iniesta that “cryptoassets, as non-regulated products, have some relevant risks”.

The regulator told the Financial Times it was worried about sportspeople and other “influencers” promoting cryptocurrencies to audiences that did not necessarily understand how the market worked or what regulations did — or did not — apply.

The Spanish watchdog’s intervention comes as promotions of crypto exchanges and tokens in sport have boomed. Singapore-headquartered cryptocurrency exchange Crypto.com last week agreed to pay $700m for 20-year naming rights at the Los Angeles arena that is home to the championship Lakers basketball team.

I’m learning how to get started with crypto with @binance #BinanceForAll pic.twitter.com/3Km58KrnPG

The commission urged celebrities and influencers to “take care” about recommending “investment in unregulated products that have additional risks to [the] public”.

“All this led us last night to say to Iniesta, whom we admire and who has brought us great joy, please, before recommending this, tell your followers of the risks; this is also your responsibility,” the watchdog said.

Rakuten — which owns Vissel Kobe, the Japanese club for which Iniesta plays — owns a crypto exchange itself. Representatives for Iniesta did not immediately respond to requests for comment.

In reports released on Thursday, Spain’s Association of Financial Users, a consumer protection non-profit, estimated on the basis of a survey that more than 4.4m Spaniards had invested in cryptocurrencies and that 41 per cent of them considered cryptocurrencies to be safe.

Iniesta is not the only well-known footballer to have posted an endorsement for Binance. Raúl Jiménez, who plays for Premier League club Wolverhampton Wanderers, Colombian player James Rodríguez and Atlético Madrid striker Luis Suárez all posted images of themselves featuring Binance earlier this month under the #BinanceForAll hashtag.

The crypto exchange referred to the three sport stars in a post last week promoting a social media contest: “Get creative with @jamesdrodriguez, @LuisSuarez9, @Raul_Jimenez9 on #Binance and you could win,” the group’s main account said on Twitter.

The three footballers have a combined 39m followers on Twitter.

Representatives for Jiménez, Rodríguez and Suárez did not immediately respond to requests for comment.

Binance said: “We very much agree with the sentiment of the Spanish regulator.” 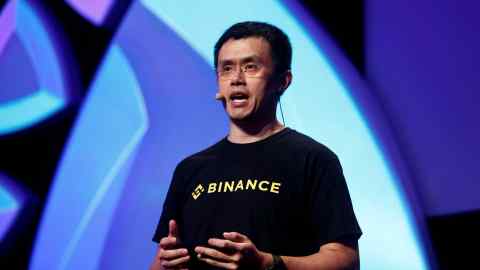 The Spanish regulator’s social media intervention echoes efforts by the UK’s Financial Conduct Authority and other watchdogs to restrain influencers promoting crypto and warn particularly younger investors about the risks of digital assets.

“This is a target audience that we are concerned that we are not reaching,” Sarah Pritchard, FCA’s executive director of markets, said last month. “We are not communicating via the mechanism that they use and that influences them.”

The Spanish securities commission said the country’s government had asked it to regulate crypto advertising while the EU awaited bloc-wide regulations for crypto as a whole. But the commission has yet to formally take on these powers as the Spanish regulations on advertising have yet to take effect.

“We realise we are not going to reach the new audience — young people or those between 30 and 45 — with press releases and communiqués so we are making an effort to use other channels, formats, even a different kind of language,” the commission said.

Scoreboard is the Financial Times’ new must-read weekly briefing on the business of sport, where you’ll find the best analysis of financial issues affecting clubs, franchises, owners, investors and media groups across the global industry. Sign up here