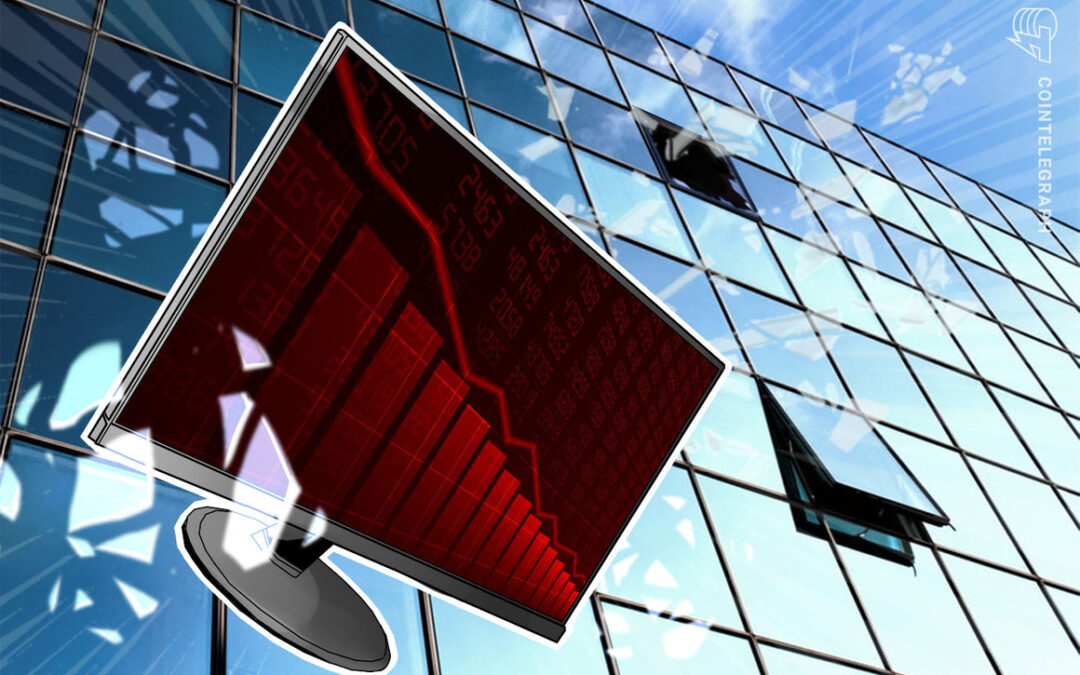 Data from the United States commerce department suggests America has entered a technical recession, but market analysts have highlighted key metrics that suggest investors are optimistic.

The American economy shrunk for the second consecutive quarter, according to government data released on July 28, fitting the criteria for a technical recession. The Biden Administration maintains that the U.S. is not in a recession, highlighting low unemployment rates and other metrics that counter the argument.

Mati Greenspan, founder & CEO of Quantum Economics, addressed the topic in his latest QE newsletter, noting a paradoxical effect between the GDP drop and a surge in stocks and other risk assets.

He attributed this move to the US Federal Reserve’s decision to raise interest rates by 0.75%, which saw cryptocurrency markets outperform stocks, with Ethereum (ETH) surging 5% immediately after the announcement.

Greenspan conceded that the current unemployment rate was ‘extremely low’ when compared to other periods of recession but was not convinced that this was enough to prove that the U.S. economy has not receeded:

“For a President to insist there’s no recession when the technical definition is met does make sense from a political standpoint. Better to allow people to argue semantics than to admit you’ve made the economy shrink.”

Anthony Pompliano also addressed the release of the Q2 GDP number for the US economy in his daily newsletter, labeling the government’s commentary on the technical definition of a recession as ‘gas-lighting’ given the unique circumstances of economic metrics:

“This recession is interesting because it is not accompanied by high unemployment or a significant drop in consumer spending, but there is no denying that GDP is falling and the Federal Reserve is successfully achieving their goal of destroying demand.”

Other prominent market analysts like Cointelegraph contributor Michaël van de Poppe also highlighted the seeming disparity between the U.S. government and Federal Reserve chair Jerome Powell’s insistence that the US economy was not in a recession.

BREAKING: While Powell stated that the U.S. is not in a recession, numbers from GDP gave two consecutive quarters of negative growth, meaning that the United States is in a recession!

The latest rate hikes by the U.S. Federal Reserve continue to be cited by market analysts as a key driver for a newfound rally in risk assets like gold and cryptocurrency markets.