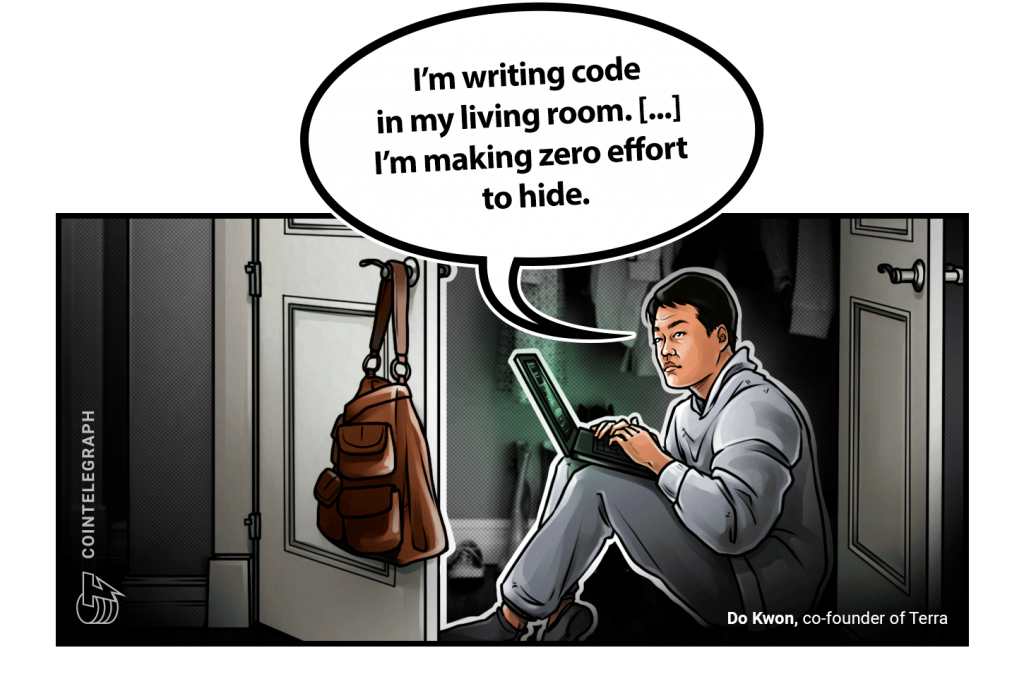 Edward Snowden has reportedly received Russian citizenship via a decision from the country’s president, Vladimir Putin. Snowden has been a permanent resident in Russia since 2013 after he exposed secrets relating to the United States National Security Agency. However, Snowden favors less government involvement than Putin’s approach to leadership. Snowden has offered comment on crypto multiple times and helped build crypto asset Zcash.

Global criminal police organization Interpol has put out an alert known as a Red Notice in order to help locate and arrest Terraform Labs co-founder Do Kwon, wherever he may be. Terra’s ecosystem fell apart earlier in 2022. Charges were brought against Kwon in South Korea for his involvement in the Terra project. Kwon has tweeted that he is not hiding. He was thought to be in Singapore, although Reuters reporting has indicated a possible change in location. Authorities in South Korea have also taken steps to freeze funds reportedly associated with Kwon.

The auction to acquire Voyager Digital assets ended this week when crypto exchange FTX US emerged as the winner, edging out competing bids from CrossTower and Binance. The U.S. exchange paid around $1.4 billion for Voyayer’s assets, which is roughly the same as the lender’s remaining assets. The deal is pending approval from a U.S. bankruptcy court. Wave Financial also participated in the bidding and has since debated the outcome.

U.S. District Court Judge Analisa Torres ruled that the U.S. Securities and Exchange Commission (SEC) must provide information about comments from a former government official that could impact Ripple’s fight against the securities regulator. In a 2018 speech, former SEC Corporation Finance Division Director William Hinman noted that Bitcoin and Ether did not classify as securities. The ruling from Torres means the SEC must not hold back documents related to that speech. The battle between Ripple and the SEC began in 2020, with the commission calling XRP a security.

Pantera plans to raise $1.25B for second blockchain fund: Report

After launching its first blockchain fund in 2021, crypto-centric hedge fund Pantera Capital is reportedly looking to raise a whopping $1.25 billion for a second fund targeting digital asset projects. “We want to provide liquidity for people that are kind of giving up because we’re still very bullish for the next 10 or 20 years,” Pantera CEO Dan Morehead told Bloomberg. 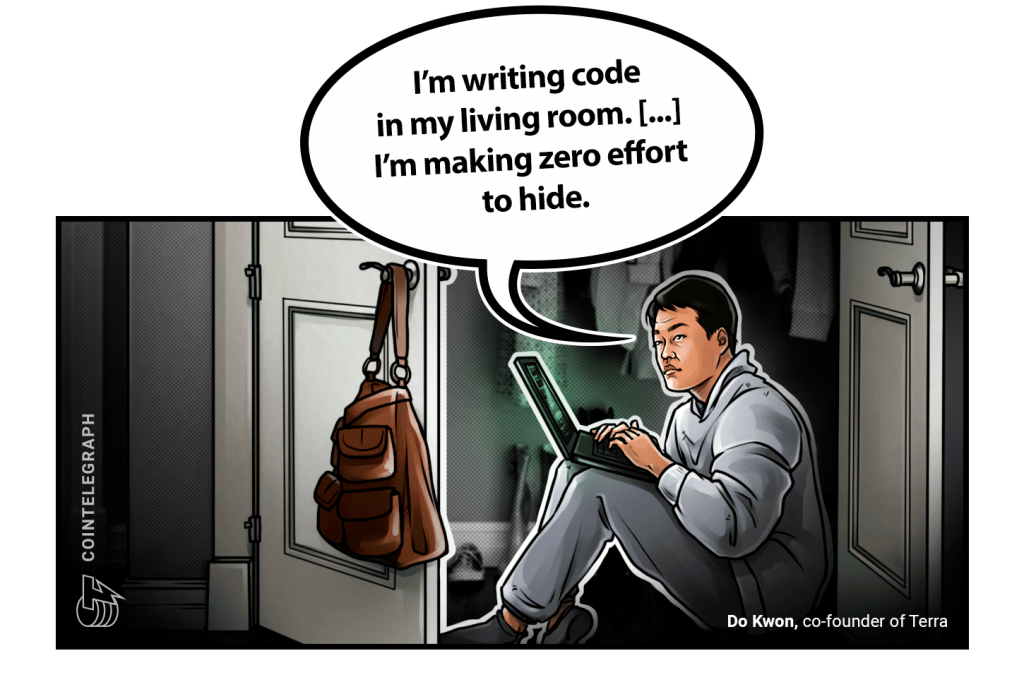 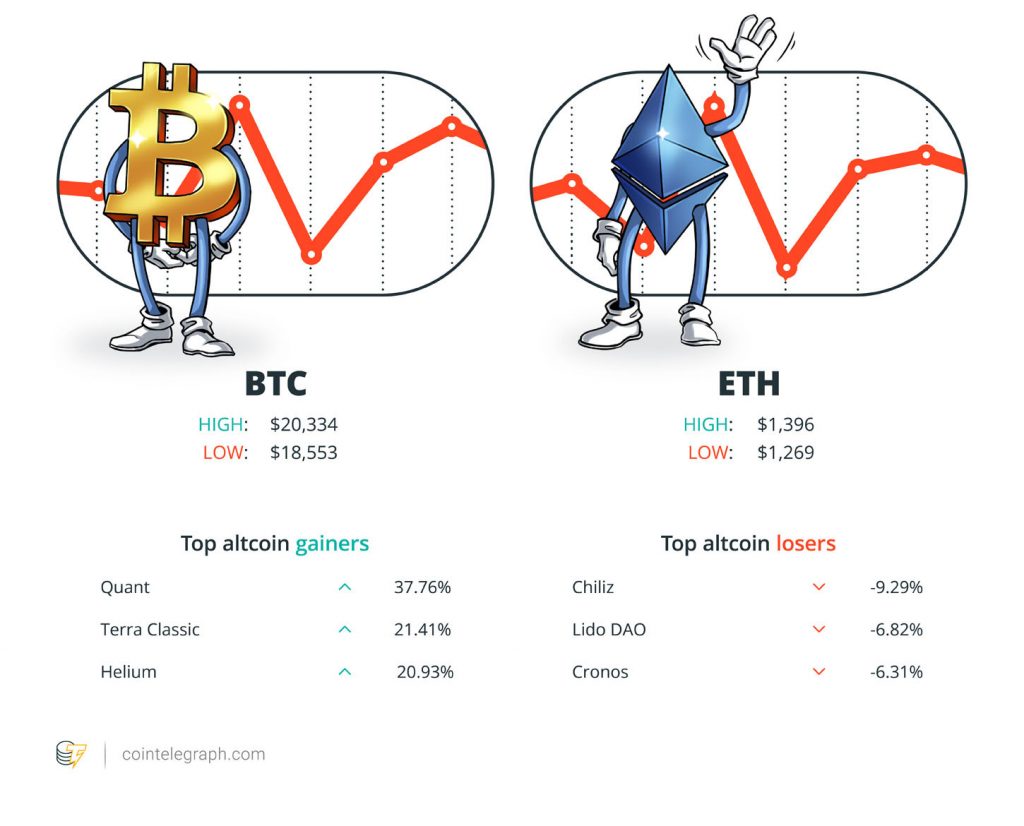 “The most important thing is that [the Ethereum Merge] was executed flawlessly. Everything that was supposed to happen did happen. And none of the things that people were worried about did happen.”

“I think the world is just waking up to reality and Ethereum just went way off into fantasyland at the exact wrong time.”

“In DeFi, you can’t get away with letting one borrower be half of a lending pool because people see that and they question the risk management there.”

“In our genres that we’re hitting, there might be roughly 500 million people that we can bring in that literally won’t know that they’re playing a crypto game.”

“People need to be able to interact with apps and services and content and transactions without knowing that they’re using crypto.”

“SMS 2FA is better than nothing, but it is the most vulnerable form of 2FA currently in use.”

Do Kwon, co-founder of Terra

Bitcoin largely remained below $20,000 this week, though the asset successfully broke above that level several times, according to Cointelegraph’s BTC price index. After zipping past $20,000 on Sept. 30, Bitcoin fell right back down below the level, seeming to line up with the timing of a recent speech by Russian President Vladimir Putin. Pseudonymous Twitter user “Il Capo of Crypto” predicted the price action in a Sept. 30 tweet: “Pump to 20000-20500 before Putin’s speech. Then big dump.” 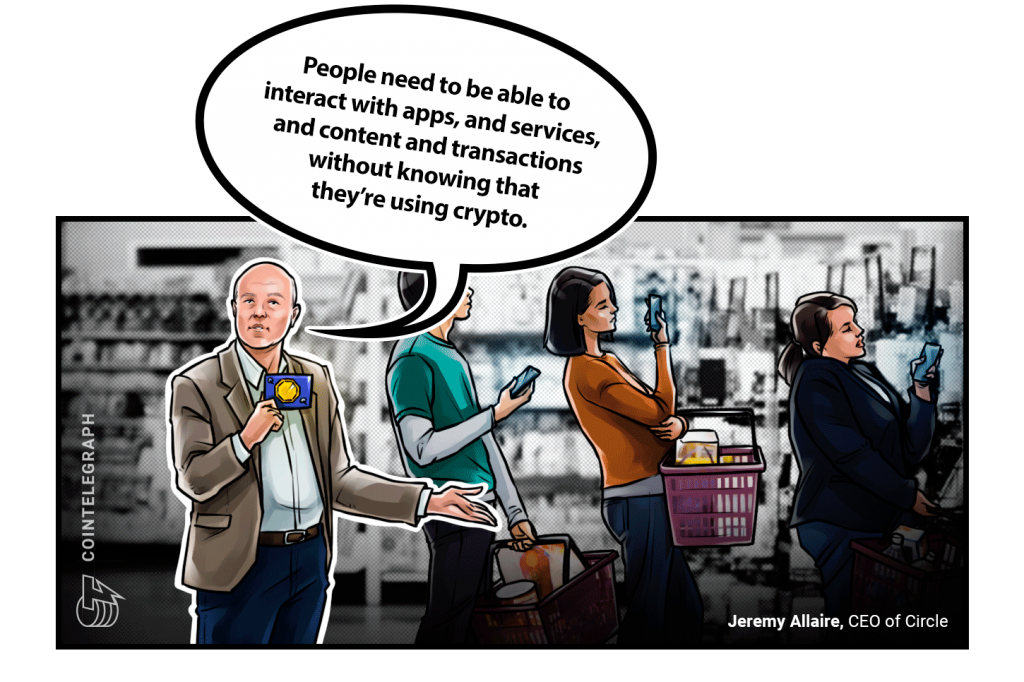 Crypto lending platform Nexo has been ordered by California’s Department of Financial Protection and Innovation (DFPI) to halt the operation of its Earn Interest Product. The agency asserted that the product does not fall in line with regulatory approval requirements. Nexo essentially froze the product for U.S. customers earlier in 2022, although not fully, according to the DFPI. Nexo reportedly faces similar action from New York, Vermont and five other state regulators. Nexo explained to Cointelegraph that it has been working with regulatory authorities in the U.S.

A Maximal Extractable Value (MEV) bot capitalized on an arbitrage opportunity on decentralized exchange Uniswap V2, tallying about $1 million worth of Ether in profits in a single day. The fanfare was short-lived, however, as the bot’s apparently questionable code left it vulnerable to exploitation, with a hacker apprehending the funds on the same day.

Hydrogen Technology Corporation and market maker Moonwalkers Trading Limited face action from the SEC for alleged market manipulation. In 2018, Hydro tokens were dispersed via multiple avenues, including an airdrop. Hydrogen and Moonwalkers then allegedly collaborated to make it seem like the asset was significantly active on the market and subsequently dumped Hydro tokens for profit. “Index investing can be boring, but it saves you from the worst possible outcomes.”

Throw your Bored Apes in the trash

IRS rules weren’t ready for the Ethereum upgrade. It’s unlikely to become the fiasco that taxpayers experienced when Bitcoin forked in 2017, but there are measures they can take to prepare for whatever the IRS decides.

The best of blockchain, every Tuesday

Subscribe for thoughtful explorations and leisurely reads from Magazine.