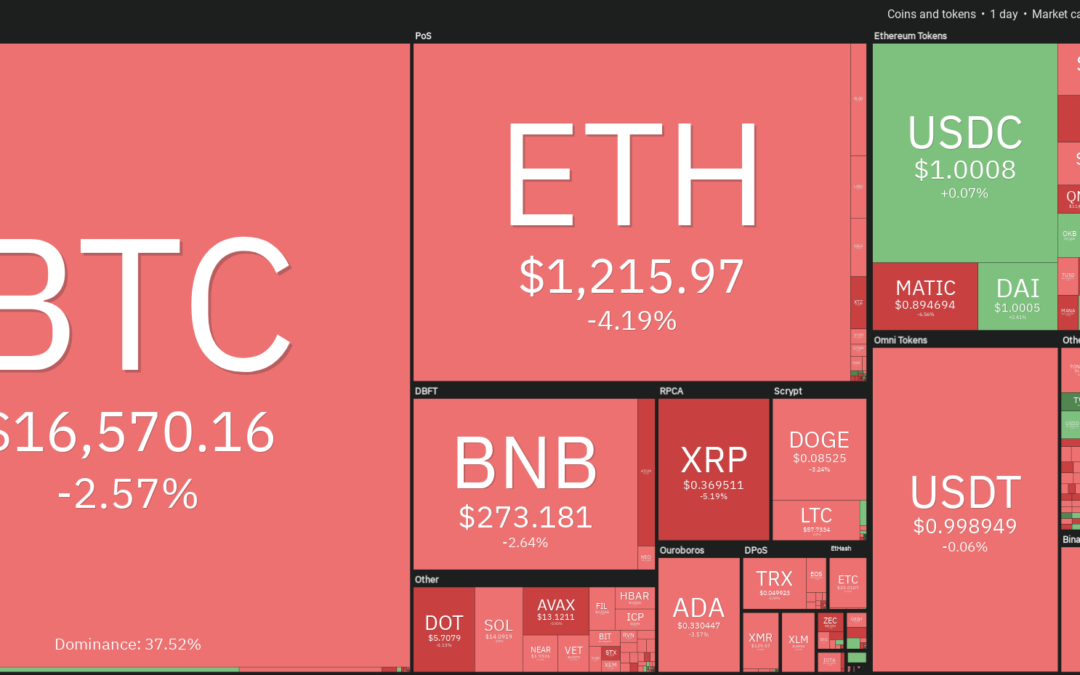 The collapse of FTX cryptocurrency exchange has created a liquidity crisis in the crypto space, which could extend the crypto winter through the end of 2023, according to a research report by Coinbase.

According to analysts, the FTX implosion could keep the institutional investors at bay because they are even more likely to tread cautiously for some time.

The crisis has negatively impacted several crypto-focused companies who have assets stuck on FTX following the company’s bankruptcy filing on Nov. 11. Investors also fear the contagion could spread, causing further damage to the cryptocurrency ecosystem.

Although several investors were rattled by the collapse of FTX, billionaire venture capitalist and serial blockchain investor Tim Draper remains bullish on Bitcoin (BTC). In a Nov.15 interview with Cointelegraph, Draper doubled down on his $250,000 target for Bitcoin in 2023.

However, investors should take the price projection with a pinch of salt because it is unlikely that Bitcoin will start a roaring bull market in the near future.

What are the key support and resistance levels to watch out for on Bitcoin and altcoins? Let’s study the charts of the top-10 cryptocurrencies to find out.

Bitcoin broke and closed below the June low of $17,622 on Nov. 9. This marked the resumption of the downtrend. Although bulls tried to stage a strong recovery on Nov. 10, their efforts met with heavy selling above $17,622. This suggests that the bears have flipped the level into resistance.

The 20-day exponential moving average ($18,271) has turned down and the relative strength index (RSI) is in the negative territory. This suggests that the bears have the upper hand.

Contrary to this assumption, if the price turns up and breaks above the 20-day EMA, it will suggest strong demand at lower levels. The pair could then challenge the psychological level at $20,000.

Ether (ETH) has been declining inside a descending channel pattern for the past several weeks. The failure to push the price above the channel on Nov. 4 may have led to profit-booking by the short-term traders.

The buyers aggressively bought the dip to the support line on Nov. 10 but the relief rally fizzled out near the 50-day simple moving average ($1,372). This suggests that bears are selling at higher levels.

The bears will again strive to sink the price below the channel. If that happens, the selling could intensify and the ETH/USDT pair could drop to $1,000. To gain the upper hand, buyers will have to push the price above the moving averages. The pair could then rise to the downtrend line.

BNB (BNB) soared to $398 on Nov. 8 but the bulls could not sustain the higher levels as seen from the long wick on the day’s candlestick. The selling continued on Nov. 9 and pulled the price near the strong support at $258.

The bulls purchased the drop on Nov. 10 but they could not thrust the price above the 20-day EMA ($295). This suggests that the sentiment turned negative and bears were selling the relief rallies to the 20-day EMA.

The bears will again try to break the support at $258 and if they manage to do that, the BNB/USDT pair could drop to $239 and later to $216. This negative view will be invalidated in the near term if bulls push and sustain the price above $313.

Buyers purchased the dip and tried to push the price back above $0.41 but the bears did not relent. This suggests that the bears have flipped the $0.41 level into resistance. The bears will again try to pull the pair to the critical support at $0.30.

This is an important level for the bulls to defend because a break and close below it could signal the resumption of the downtrend. On the upside, the first sign of strength will be a break and close above $0.41. The XRP/USDT pair could then rise to the 50-day SMA ($0.45).

Cardano (ADA) is in a strong downtrend. Although both moving averages are sloping down, the RSI is attempting to form a bullish divergence, indicating that the selling pressure may be reducing.

The first sign of strength will be a break and close above the downtrend line. Such a move will suggest a potential trend change. The ADA/USDT pair could then attempt a rally to $0.52.

On the other hand, if the price continues lower and breaks below $0.31, the pair could drop to the support line. This line has arrested the decline on three previous occasions, hence the bulls may again buy the dip to this level. If buyers fail to defend the level, the pair could extend its downtrend to $0.25.

Dogecoin (DOGE) witnessed a sharp rally from $0.06 on Oct. 25 to $0.16 on Nov. 1. That pushed the RSI into extremely overbought levels, which may have tempted short-term traders to book profits.

The DOGE/USDT pair has been trading between the moving averages for the past few days. If bears sink the price below the 50-day SMA, the pair could complete a 100% retracement and drop to $0.06. Contrarily, a break above $0.10 will suggest that the bulls are back in the game. The pair could then rise to $0.12.

Polygon (MATIC) soared above the overhead resistance of $1.05 on Nov. 4 but the rally met with stiff resistance at $1.30 on Nov. 5. Buyers tried to resume the up-move on Nov. 7 but could not clear the overhead hurdle.

If the price slides below the 50-day SMA ($0.89), the pair could drop to the uptrend line. A break below this support could open the doors for a retest of the crucial support at $0.69. On the contrary, if buyers push the price above the 20-day EMA, the pair could rise to $1.05.

Polkadot (DOT) plunged below the strong support zone of $6 to $5.68 on Nov. 9. This indicates the resumption of the downtrend.

Buyers attempted to push the price back above $6 and trap the aggressive bears but the sellers held their ground. This indicates that the bears are trying to flip the $6 level into resistance.

The downsloping 20-day EMA ($6.12) and the RSI in the negative territory indicate advantage to the bears. The sellers will make one more attempt to pull the DOT/USDT pair below $5.32. If they succeed, the pair could extend its decline to $4.32. To invalidate this negative view, the bulls will have to push and sustain the price above the moving averages.

Uniswap (UNI) had been trading between $5.14 and $7.36 for the past several days. Buyers drove the price above the resistance on Nov. 4 but could not build upon this advantage. The bears pulled the price back into the range on Nov. 6.

This may have trapped the aggressive bulls who then rushed to the exit. Long liquidation and selling by the bears pulled the price below the support of $5.14 on Nov. 8 but this proved to be a bear trap. The bulls bought the dip and pushed the price back into the range on Nov. 10.

The recovery is facing stiff resistance at the moving averages, indicating selling at higher levels. The bears may again attempt to sink and sustain the price below the range but the bulls are expected to defend the support aggressively.

This suggests that the UNI/USDT pair may remain range-bound between $4.71 and $7.79 for a few more days.

Litecoin (LTC) has been range-bound between $46 and $75 for the past several weeks. The failure of the bulls to push the price above $75 on Nov. 7 may have attracted profit-booking by short-term traders. That pulled the price near the support of $46 on Nov. 9.

When the price is stuck inside a range, traders generally buy the dips to the support level and that is what happened on Nov. 10. The LTC/USDT pair continued its rise on Nov. 11 but met with strong selling near $65. This suggests that bears are active at higher levels.

The flattish moving averages and the RSI near the midpoint indicate a balance between supply and demand. This indicates that the pair could trade in a tight range between $53 and $65 for some time.