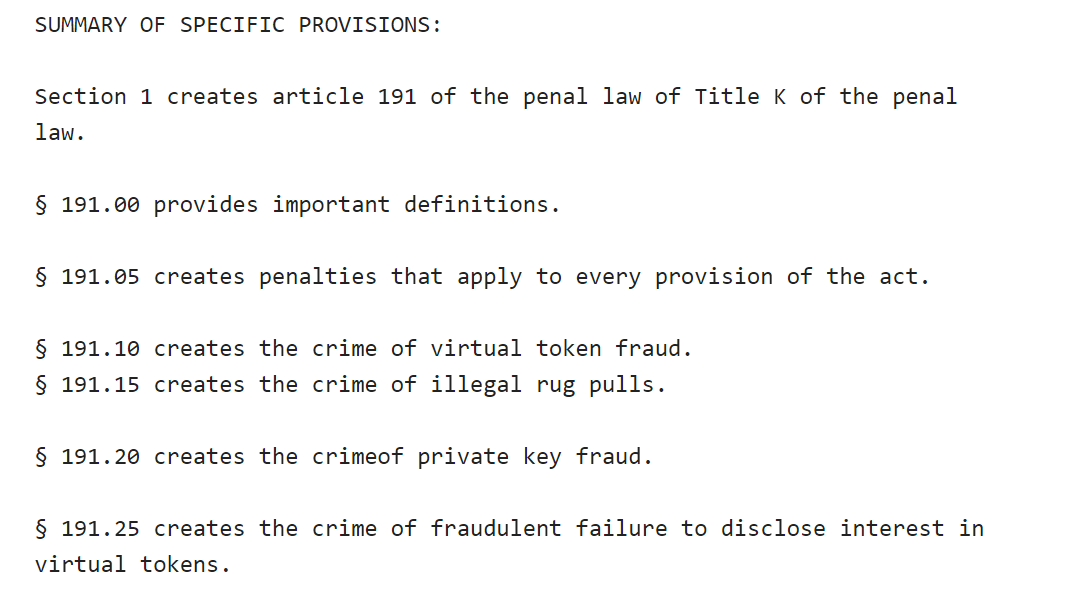 Through the bill, Thomas seeks to provide prosecutors with a clear legal framework against crypto crimes that align with the spirit of the blockchain while combatting fraud. It calls for a law amendment that will imply rug pull charges on developers that sell “more than 10% of such tokens within five years from the date of last sale of such tokens.”

Private key fraud involves disclosing or misusing another person’s private keys without prior affirmative consent. The bill also seeks to charge developers with fraudulent failure to disclose an interest in digital tokens that don’t publicly disclose personal crypto holdings on the landing page of the primary website.

The bill was under committee review to determine its eligibility for floor consideration at the time of writing.

Today, I introduced the Accountability for Cryptocurrency in El Salvador Act with @RepRickCrawford. El Salvador’s adoption of #Bitcoin is not a thoughtful embrace of innovation, but a careless gamble that is destabilizing the country. https://t.co/Ag9K8fyHMb pic.twitter.com/4N8DN7895w

As Cointelegraph recently reported, the proposed legislation seeks to analyze the risks to El Salvador’s “cybersecurity, economic stability and democratic governance.” According to Torres:

“El Salvador is an independent democracy and we respect its right to self-govern, but the United States must have a plan in place to protect our financial systems from the risks of this decision.”