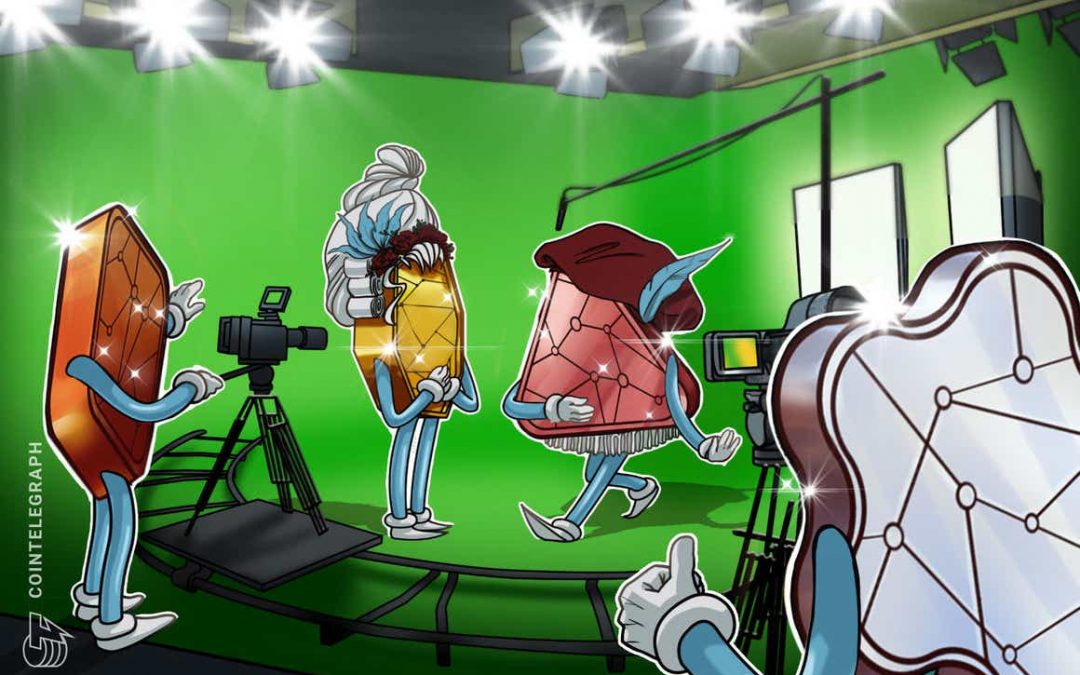 Bidding for a 1/1 NFT auction created by imprisoned Silk Road founder Ross Ulbricht has surpassed 261 Ether (ETH), $1.17 million at the time of writing.

The NFT depicts a hand-drawn illustration from Ulbricht of a psychedelic eye, and is part of a collection of writings and nine other artworks he created, some while in prison, that are included as part of the NFT sale. The auction kicked off on day one of the Art Basil Miami art fair on Dec. 2 and is being hosted by SuperRare.

The auction is set to conclude on Nov. 8 and proceeds from the sale will go towards a trust supporting Ulbricht’s fight to be freed from his double-life prison sentence, and will also help launch the donor-advised charitable fund Art4Giving that aims to help prisoners and their families.

In a blog post announcing the NFT drop, Ulbricht said that while his future looks bleak during his ninth year in prison without parole, he can do something positive to heal all the “damage” he sees around him.

Speaking of the Art Basil Miami art fair, Dmitri Cherniak the founder of the Ethereum-based and algorithmically generated NFT collection “Ringers” made an appearance out the front, offering to sell one of his NFTs worth $225,000 for a mere $20.

It is unclear if the move was in jest, or a genuine offer however Cherniak shared a picture of himself at the event with a note on his Ipad that read “Ringers #0 for sale for $20.” Despite the floor price for Ringers NFTs currently sitting at 50 ETH or $225,000 on OpenSea, the artist noted that nobody took him up on the offer.

Stood outside of the Art Basel convention center with a sign that said “Ringers #0 for sale for $20” and no one took me up on the offer. pic.twitter.com/2DWr7aml4A

One user on Twitter noted that the stunt was similar to that of world-famous street artist Banksy, who has reportedly taken to the streets on multiple occasions to sell his art.

“This is just like Banksy selling on the streets and no one taking him up on it until he started slashing prices. Dmitri might have gotten a nibble from the normies at $5-10, they def ngmi,” user 5511 wrote.

GameOn is a U.S.-based sports prediction and gaming firm that caters to sports and media entertainment.

According to a Dec. 2 announcement, the deal will see GameOn launch a series of NFT games on the Polygon network, while Polygon Studios will provide non-dilutive funding for 50% of GameOn’s going product development costs.

The investment from Polygon Studios is part of a $100 million fund announced earlier this year that is focused on backing Web3 projects, with investments so far including DraftKings, DeFine and GameOn.

Related: Deadmau5 and Portugal The Man release single as 1M NFTs in bid to go platinum

GameOn stated in the announcement the partnership with Polygon Studios will significantly help the firm ramp up plans for the NFT sector.

“The Polygon Studios investment allows GameOn to offer the full stack of capabilities from the creation, minting and selling of NFTs, to the game layers it already deploys for white label customers such as prediction and fantasy games,” the announcement read.

According to a Dec. 1 report from The Hollywood Reporter, Juul’s new firm is dubbed “NFT Studios” and already has plans to fund a new comedy-drama film from NFT sales called “A Wing and a Prayer.”

The movie will depict the real-life story of Brian Melton, who became the first man to circumnavigate the globe in an ultralight aircraft back in 1998. The film aims to feature A-list actors and is set to be shot in Malta and London by next April.

“We are in the middle of a great transition in the entertainment business where traditional ways of film funding and ownership are being uprooted due to the rapid rise of streamers and other digital platforms,” Juul told the publication.

On Thursday, Adidas announced it was entering the Metaverse in partnership with the Bored Ape Yacht Club creators Yuga Labs, gmoney NFT, and PUNKS Comic.

On the same day, registered investment adviser and fintech firm Defiance launched the first NFT-focused exchange-traded fund (ETF) on the New York Stock Exchange Arca. The fund is listed under the ticker symbol NFTZ and has a management fee of 0.65% per year.