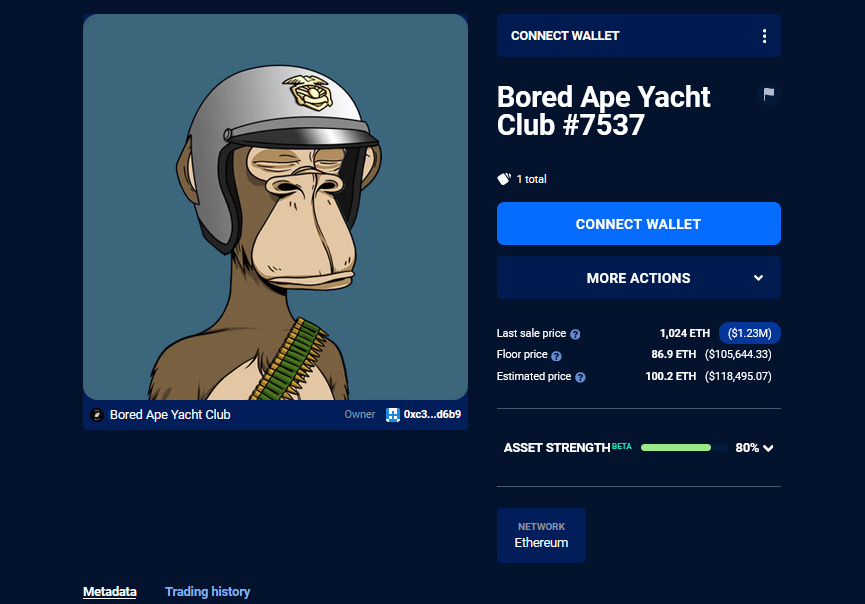 The NFTs depict an animated alligator that pokes the top of its head out from underwater. The collectibles appear to have had reasonable demand, as the floor price on OpenSea has since more than doubled to 0.193 ETH, or $233 at the time of writing.

The company has yet to release the full details of its roadmap and the utility offered to NFTs hodlers but has confirmed that the DAO will enable users to participate in the “creative process” on a range of products and partnerships under the Lacoste Underwater line.

Holders will also have access to unique customization features on Lacoste’s clothing line. However, it is unclear if they will have to fork out the money for the products or if they will receive a certain amount of freebies.

Lacoste also hinted via Twitter that it could be looking at metaverse integrations as well, but noted “we can’t say more about it except: be ready ser.”

At 12h12 CET time, you will have the opportunity to mint a #underwater NFT.

Do you know what you will get by owning the #NFT below?
Let’s dig together. #UNDW3 1/7 pic.twitter.com/HyOqwRzVQ0

Not everyone liked the idea of performing Creational Labor.

“So in return for the purchase of your NFT you will receive my creative customization ideas for free? And I still have to purchase the customized clothing I create? Plus I have to attend meetings? Not sure how I benefit from anything here…” questioned OffKeyMagazine on Twitter.

Microsoft co-founder and billionaire Bill Gates has slammed NFT projects as being “based on the greater-fool theory. ”

He made the comments while speaking at a climate conference in California on Tuesday hosted by TechCrunch. In this instance, he noted that he was neither long nor short the entire sector and sarcastically stated:

“Obviously, expensive digital images of monkeys are going to improve the world immensely.”

Gates is a well-known crypto skeptic that has slammed Bitcoin (BTC) on multiple occasions, and recently in February, he warned investors that unless they have as much money as Elon Musk, they should stay away.

“I’m not bullish on Bitcoin, and my general thought would be: If you have less money than Elon, you should probably watch out,” he said.

Related: NFT ticketing may catch on faster in France after UEFA championship debacle

Colorado Governor Jared Polis launched 2,022 NFTs as part of a fundraising campaign in the lead-up to the Colorado gubernatorial election in November.

The NFTs depict Polis standing in front of a rainbow-colored mountain, a pair of hanging sneakers and his dog Gia who has red lasers firing out of her eyes. The tokens were rolled out on Monday and are priced at $52.80 apiece.

At the time of writing, there are still 1895 NFTs up for sale, and if they sell out, Polis will have raised roughly $118,893 from this fundraising initiative.

OpenSea announced on Tuesday that it will be migrating to Seaport. Among many perks, the protocol says it will feature lower gas fees, the ability to make offers on entire collections, removal of new account initialization fees and more user-friendly signature options.

The United States Securities and Exchange Commission (SEC) has reportedly launched a probe to discover how crypto exchanges and potentially NFT platforms are working to prevent insider trading.