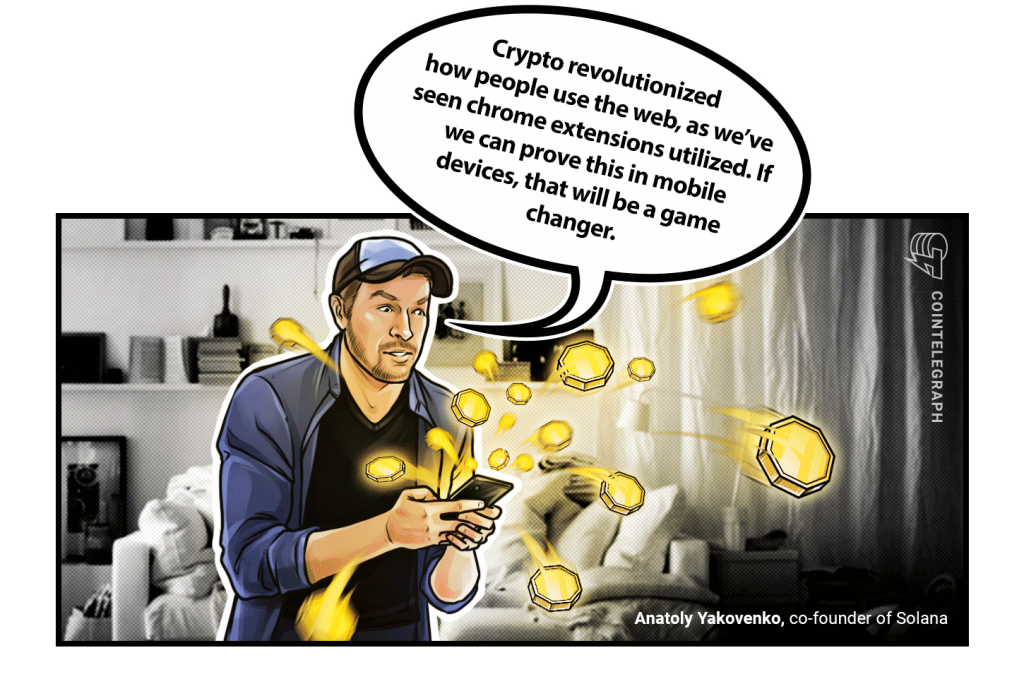 After five weeks of being AWOL, the founders of defunct crypto hedge fund Three Arrows Capital (3AC), Su Zhu and Kyle Davies, resurfaced via an interview with Bloomberg. The duo admitted to operating the firm with overconfidence as a result of the multi-year bull market. They also noted that they were very close with Terra founder Do Kwon and, despite running a major hedge fund, were shocked that the project’s extremely risky algorithmic stablecoin went bust. Zhu and Davies said they overlooked several red flags as a result of the kinship.

Minecraft developers Mojang Studios banned nonfungible token (NFT) integrations in their wildly popular flagship game this week. The firm cited issues with NFTs being associated with price speculation, exclusion and rug pulls. “To ensure that Minecraft players have a safe and inclusive experience, blockchain technologies are not permitted to be integrated inside our client and server applications,” the firm announced. Crypto-skeptic gamers also called on Fornite developer Epic Games to follow suit, but the company said it “definitely won’t” institute a similar ban.

Following the news that Tesla sold 75% of its Bitcoin in Q2 for roughly $936 million, experts have remained relatively unfazed. Markus Thielen, chief investment officer at digital asset manager IDEG, told Cointelegraph that Tesla likely sold off its BTC as it was “seen as a distraction from their core business.” Financial consultation site Finder’s share trading expert, Kylie Purcell, suggested that many firms have moved to “shore up capital in cash currencies” amid the current macroeconomic climate. Some Twitter users even called the move a “nothingburger,” implying that Tesla’s move may ultimately be insignificant.

On Tuesday, the Amazon.eth ENS domain belonging to an anonymous OpenSea user fetched a bid of 1 million USD Coin. It has become a common practice for speculators to register ENS domains under the names of prominent entities in hopes of scoring a big payday. The bid went unanswered, however, and it is unclear why such a large sum of money was ignored. The next largest bid on the domain totaled just 6,300 USDC.

“All the Ethereum killers from back in the day didn’t succeed, and I don’t expect them to succeed at all.”

“Don’t try to fix fraudsters or Nazis or terrorists. They will remain. They existed before the internet and they’ll exist after.”

“Crypto revolutionized how people use the web, as we’ve seen Chrome extensions utilized. If we can prove this in mobile devices, that will be a game changer.”

“The Merge upgrade is like changing the engine on a plane mid-flight. We are overhauling everything from the consensus algorithm to the execution environment.”

“I would not be surprised if Tesla keeps nibbling in Bitcoin when Bitcoin stabilizes, otherwise they would have sold 100%.”

The price of BTC could be heading to $120,000 next year, according to a Bitcoin trader who goes by TechDev on Twitter. They flagged the True Strength Index (TSI) for BTC as evidence, a metric that uses several base calculations to determine how overbought or oversold the asset is at a particular price. According to TechDev, the asset’s price decline since November has remained on trend, and if historical patterns repeat themselves, BTC could pump to a peak of between $80,000 and $120,000 next year.

Gemini, the crypto exchange owned by Cameron and Tyler Winklevoss, reportedly cut another 7% of its employees this week. The move came just two months after the firm laid off 10% of its employees as a result of the current bear market. The report came from TechCrunch, which cited a source close to the firm who noted that Gemini had 68 fewer employees on the company’s Slack channel this month.

This week, the U.S. Federal Bureau of Investigation issued a public warning over fake crypto apps. The FBI estimates that the apps have duped investors out of a whopping $42.7 million so far. Cybercriminals are said to have created the apps using the same logos and branding as legitimate crypto firms to scam investors. The FBI stated that 244 people had already fallen victim to these fake apps.

Taking a cue from firms such as Celsius and Voyager, SkyBridge Capital has suspended withdrawals from its crypto-exposed Legion Strategies fund. Founder Anthony Scaramucci stated the decision was made to “temporarily suspend until we can raise capital inside the fund.” He stated that there was “definitely no fear of any liquidation whatsoever.”

The ‘godfather of crypto’ risked lifetime in jail, laying foundation for Bitcoin

Widely credited as the inventor of digital cash, David Chaum is sometimes known as the “father of online anonymity” or the “godfather of cryptocurrency,” whose work inspired the near-mythical group called the Cypherpunks from which Bitcoin emerged.

In posting NFT artwork on social media, a new owner could be breaking intellectual property laws. A “wave of litigation has already begun.”

How blockchain technology is used to save the environment

It’s hard to overestimate the role blockchain technology will play in achieving more sustainability and lessening the climate crisis.