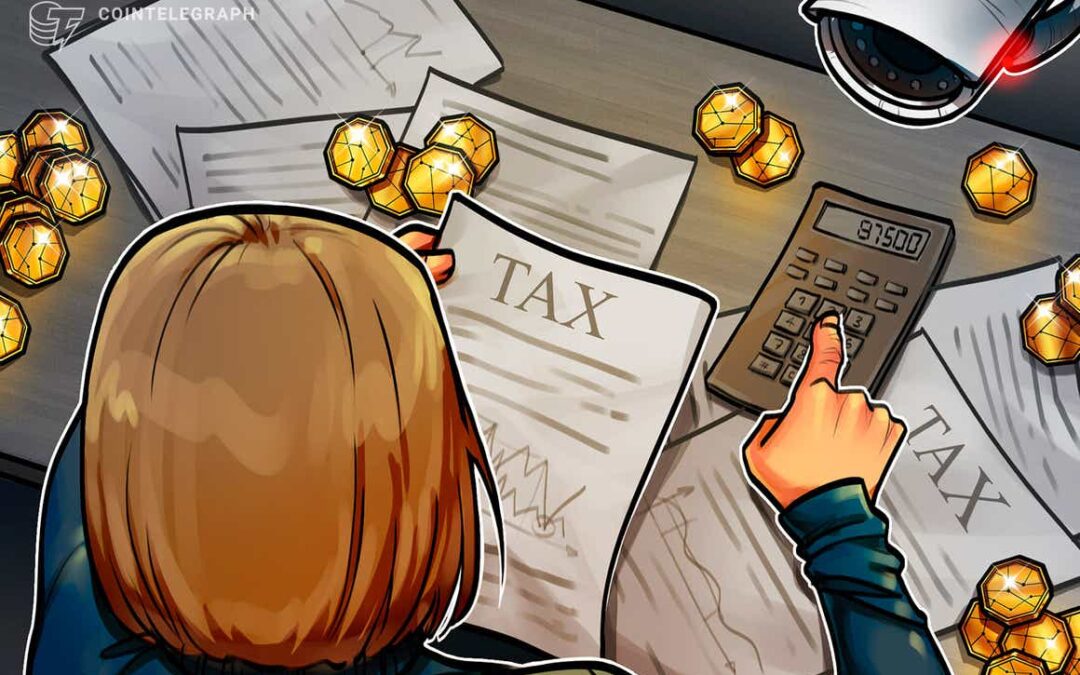 NFL star Odell Beckham Jr.’s (OBJ) decision to take his $750,000 salary in Bitcoin (BTC) appears to have cost him dearly due to the market crash after he signed the deal. Owing to the vagaries of cryptocurrency tax laws and current prices, OBJ is estimated by some to have made 61% less than if he’d taken his salary in fiat.

The loss has highlighted the tax complications from receiving a salary or yield in cryptocurrency, as crypto investors have to pay tax on the amount it’s worth when it was received, not what it’s worth when they lodge their tax return.

On Nov. 12 last year, OBJ signed a one-year deal with the Los Angeles Rams worth $750,000. In a promotional Twitter post partnered with CashApp, OBJ announced that he would be receiving 100% of his $750,000 yearly salary in Bitcoin.

It’s a NEW ERA & to kick that off I’m hyped to announce that I’m taking my new salary in bitcoin thanks to @CashApp. To ALL MY FANS out there, no matter where u r: THANK YOU! I’m giving back a total of $1M in BTC rn too. Drop your $cashtag w. #OBJBTC & follow @CashApp NOW pic.twitter.com/ds1IgZ1zup

At the time, Bitcoin was breaking new all-time highs around $69,044, and just two days before, OBJ had signed the Rams deal. Unfortunately for OBJ, Bitcoin is now down 46% from that high, currently worth $36,972.

According to sports business analyst and senior executive producer for The Action Network Darren Rovell, OBJ’s decision to take his full salary in Bitcoin may not have been the brightest idea.

Once both Federal and State taxes are accounted for, at a cumulative rate of 50.3%, Odell will only have earned $35,000 over the past two and a half months, which equates to just 1 BTC. This is a far cry from the $90,000 he would have received if he’d taken his salary in fiat.

Bitcoin enthusiast Joe Pompilano, brother of influencer Anthony, argued that there were some major discrepancies between Rovell’s take and actual fact, including that he was paid weekly and not annually.

I know this fits your narrative, but it’s simply not true.

3. Cash App paid him 7-figures in marketing money — that’s more than his entire contract with the Rams.

However, Rovell said the weekly payments were irrelevant to the tax treatment: “The aggregate payment has been completed. It doesn’t matter when he got paid.”

This isn’t the first time that crypto assets have caused major taxation discrepancies, and as crypto adoption continues to grow internationally, it certainly won’t be the last. During “crypto winter,” there were many stories of users who faced huge tax bills due to the price of assets when they received them, and not the rock bottom price they fell to by tax time.

Although rules vary, it is common for taxation organizations to require the value of crypto assets be declared the moment they are received. This leaves investors open to a huge tax bill if the value of their crypto assets falls in value between the time of purchase and the eventual lodging of their tax return.

In 2019, Adrian Forza, director of Crypto Tax Australia, told local publication Micky the story of an Australian crypto investor who was forced to pay nearly five times the value of his coins in tax.

“It was a disaster… It was a really unfair outcome because he’s basically received cryptocurrency and the value has dropped significantly and now he has to pay tax on money he doesn’t have.”

Forza continued to say that the biggest issue with cryptocurrency taxation wasn’t necessarily due to the laws themselves, but most issues arising from the lack of understanding of tax laws among crypto enthusiasts.

“The demographic is 25-to-40-year-old males and a lot of them probably haven’t invested in shares or even seen an accountant before,” he said.

That may also be the case with blockchain-based play-to-earn games, such as Axie Infinity. In one famous story, a 22-year-old in the Philippines purchased two houses with the profits he had earned from playing the game.

Hopefully, he spoke to a tax agent because now, both Philippine and international regulators are coming for those profits, warning the 2 million active players of Axie Infinity that any in-game transfer of crypto assets are legally classified as taxable events.