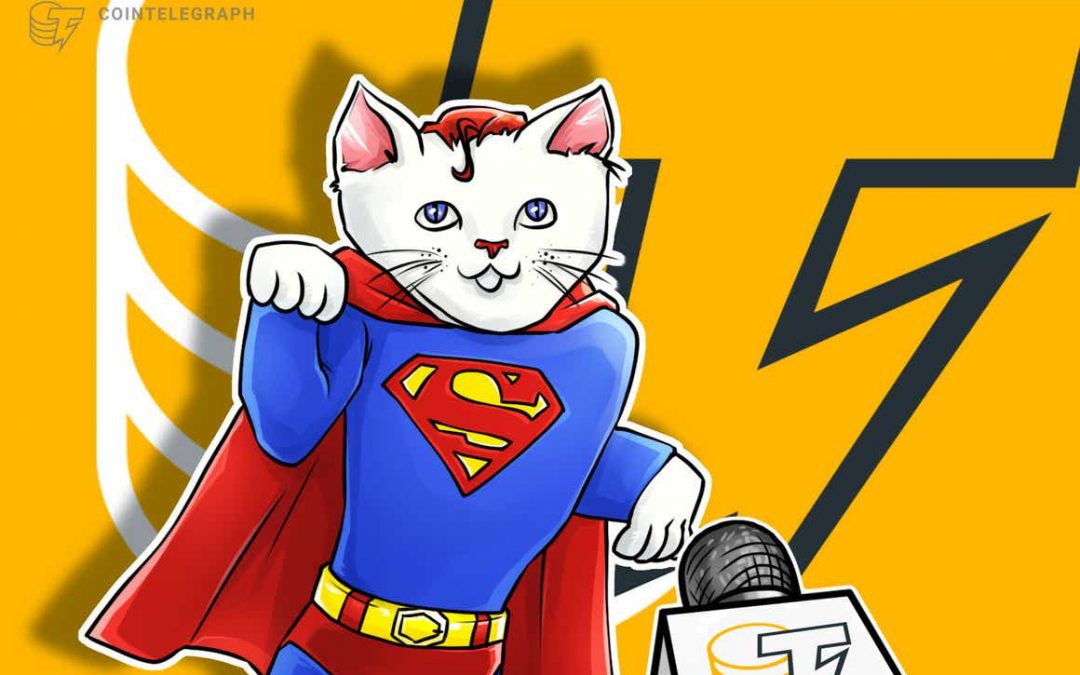 Nonfungible tokens, or NFTs, are certificates of ownership representing digital artwork, music, videos, audio, memorabilia and more. They have rapidly gained in popularity over the past year for their ability to enable everyday artists to create and sell content. In fact, OpenSea, the world’s biggest NFT marketplace, recently surpassed $1.6 billion in monthly trading volume alone.

Like physical artwork, NFTs can also be auctioned for charity purposes or donated to nonprofit groups with generous tax deductions. From funding the construction of a school in Uganda to helping frontline healthcare workers, nonprofit NFT drops can play a decisive role in making a positive difference in society.

In an exclusive interview with Cointelegraph, Lisa Slominski and Nick Dehadray, co-founders of Moon Landing — a new initiative for neurodiversity in the NFT space — discussed their upcoming NFT auction supporting contemporary artists with intellectual disabilities and the nonprofit studio they work from. The key theme of the pieces is that of pop culture and nostalgia, intertwined with moments of struggle and perseverance from the artists’ everyday lives. The collection is called NFToons, which can be previewed now and will be available for public auction starting in January 2022.

We’re Moon Landing!
An initiative for #neurodiversity in the #NFT space thru collabs with nonprofit studios for artists with disability.

Cointelegraph: Please tell me, who are some of the artists behind your NFT project?

Lisa Slominski: Sure, so the first project is NFToons, which is eight artists who are working with Project Onward, which is a nonprofit in Chicago that supports artists with varying intellectual disabilities and social needs. Out of these eight artists, one of them is this wonderful artist named Ruby Bradford. I’ve curated exhibitions with her before, and her practice is based a lot around Superman and cats, associating both of those with caring and belonging. So, for NFToons, we really took one of her iconic paintings of Superman as a cat and then animated it, moving it off the screen, and she actually sings the soundtrack to the .mp4 NFT, where she is doing a cat rendition of the Superman theme song. So, that is one example.

Another artist is named Louis Demarco. And actually, I got one of his drawings back there as well [pointing to an artwork on the mantle behind her]. But he makes really interesting works that are called “Words to Live By.” He makes a lot of tech space work based on mantras he tells himself. What he also did is develop his own screenplay, like in a band. He developed a concept for a TV show called Toasters, and it’s his own mash-up of Friends and Cheers. He’s created a pilot episode, which we will promote on Twitter and Instagram, so anyone can watch. His NFT is his drawing of the set of two of the characters’ apartments. And he also made his own soundtrack to the TV show. So, that’s the audio on that one.

CT: Reading the press release, apparently a portion of the proceeds will be given to charity. Which organization will that be?

LS: The charity is their studio. All of these artists work at a day art studio, Project Onward. Project Onward is a nonprofit 501(c) (3) [a legal United States federal income tax-exempt nonprofit entity] charity in Chicago that supports these artists with disabilities. So, 80% of the sales will go back into that studio and to the artists. Moon Landing plans for each project to be a collaboration with a nonprofit studio that supports artists with disabilities, where we work with their artists creating NFTs and the proceeds go to the artists and studios. Our second project will be with the studio Arts Project Australia in Melbourne.

I don’t know if you’ve heard – but we’ve got calendars!
Check our other post to see the general PO Cal, but here’s a SNEAK PEAK of the #RubyBradford original!
️ ️ ️

Check ’em out at the link in our bio and catch more info in our latest instagram post! #savethedate #POcal2022 pic.twitter.com/KhfxtotV9z

CT: What inspired you al, in particular, to work with these artists in helping to tell their story?

LS: I’ve sort of worked in the larger field of neurodiversity contemporary art for three years. I used to work solely in contemporary art, and I worked for an organization here in London which is called Museum of Everything. They look at what a lot of people refer to as “outsider art,” which is a problematic term, but it often includes some kind of artists with disabilities, artists that are self-taught, artists from marginalized positions. Anyway, after coming out of there and starting to work on my sort of independent project, I really found I was exposed to some artists through those positions that had disabilities. I just found the artwork to be absolutely incredible coming out of these studios.

And I started thinking to myself: They are just contemporary artists, even though they have disabilities. They are just young, contemporary artists, so I started incorporating them into exhibitions that I was curating. I’ve written some articles about them for Artsy. But specifically, these studios —  internationally, there are probably 30 to 50 different versions of these nonprofit studios that create professional development and creative environments for artists with varying social needs and disabilities to develop a creative practice. And I connected with Nick a few years ago now — he did some promotional animations for some of the exhibitions that I was curating. So, sort of leaning on that, I realized with his interest in NFTs and creative diversity and my interest, it would be a great opportunity to do something interesting and meaningful in the NFT space.

Nick Dehadray: Yeah, I think what I saw was really the way the NFT space was supporting self-taught artists and that it was a really strong community around that, and still is. So, I thought it really fit into this type of work, of neurodiverse artists teaching themselves and creating art for the enjoyment of others. It seems to really make sense that NFTs could be a really great space for them to sell it, whereas I think in the contemporary art market, they don’t really set these prices that high. So, they might get a better chance from making their work in the NFT space.

CT: This is more of a technical question, but with Ethereum gas prices being very high, it can cost hundreds of dollars to mint an NFT. Will you guys be providing financial support for artists as they go through the auction?

ND: Well, we are going to go through it as an auction via OpenSea. So, the minting will be done by the people purchasing, and we will be doing it on Ethereum for this one, but we have also considered other currencies like Polygon, where there are no gas fees on Lightspeed. But at the moment, Ethereum still has a bigger share of uses. So, it seems to make sense to go with that one at the moment.

LS: Yeah, we are working directly with the studios who are handling all that stuff ahead of time.

CT: Would you like to include a mission statement about your work?

LS: Just a couple of things following up on Nick’s point. There are some parallels — I mean diversity, in general, in the contemporary art sphere is a struggle, and neurodiversity is a new one. And there are discussions at the moment about — like I went to talk last night that was called “Can We Be Artists?“ and it was talking about neurodiverse artists carving out a prospective space in the art world. So, I do think the NFT space has this opportunity to democratize things and create direct access from creators to the audience. It has great potential and can really elevate a lot of artists that may otherwise find access points into the art world difficult, which I find quite interesting. And then, you know, we are trying to elevate these artists, elevate these nonprofits. We know that people in the NFT space are asking about diversity, about neurodiversity, but connecting to them is difficult.

ND: Yeah, this is one of the difficulties we are having. Because there are big influencers out there, such as Gmoney, they are putting out comments saying we need more diversity in the space. But we are not visible at the moment because we just started out. But we’ll try messaging Gmoney, but he doesn’t reply.

LS: Yeah, that’s sort of it really. Obviously, the hope is that NFToons is the initial project, then Moon Landing would continue this initiative. We have two other supportive studios that we already have in mind to do further projects with the same interest in working with the nonprofits to support artists with disabilities, letting them create unique NFTs, and putting them out for the artists and the nonprofits.

ND: And it’s a quite good way of introducing them to [inaudible] that they might not be able to work with. For example, we were looking at one artist, Terry Williams from Arts Project Australia, who’s done these sculptures of astronauts. But we can 3D scan those, and with 3D scanning, we can turn that into an NFT. And we might not be able to do that otherwise. So, there are really good opportunities to empower artists to use technology they otherwise wouldn’t consider using or have access to.