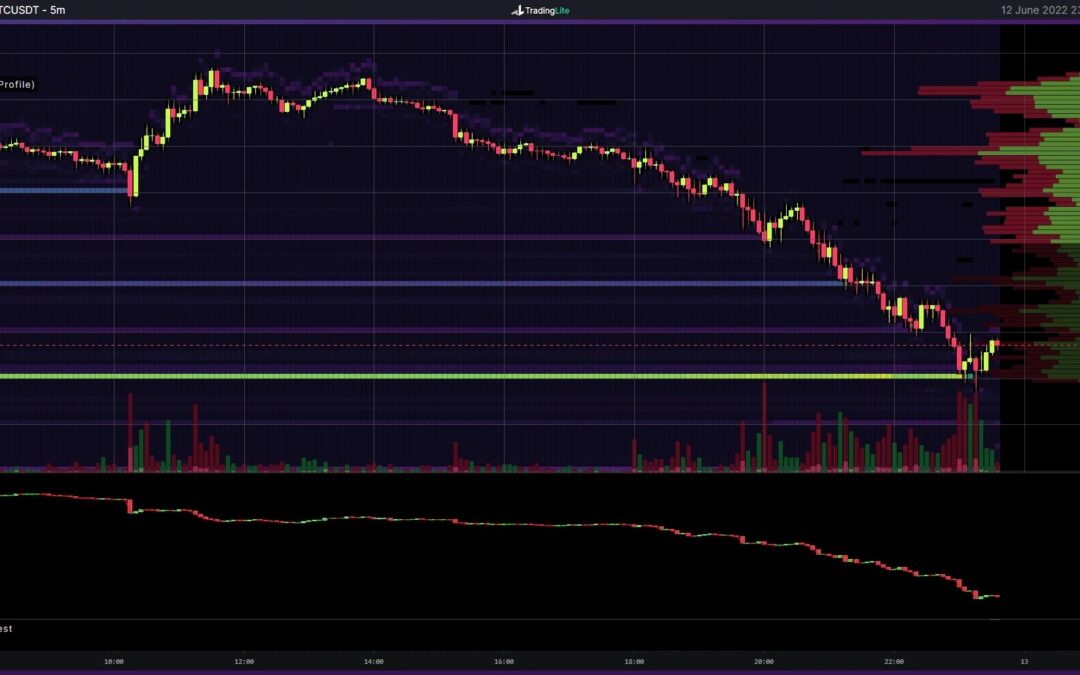 Bitcoin (BTC) begins a new week with a totally different feel to last as BTC/USD seals its lowest weekly close since December 2020.

A night of losses into June 13 means that the largest cryptocurrency is now edging closer to beating its ten-month lows from May.

The macro pain continues this week. The Federal Reserve is due to provide information on rate hikes and the economy more broadly — the first official policy update since the inflation figures.

The mood among analysts on both Bitcoin and altcoins — while not unanimously bearish — is thus one of resignation. A period of painful trading and hodling conditions may have to be endured before a return to the upside, something which at least chimes with the historical patterns of Bitcoin’s halving cycles.

What could be the market triggers in the coming week? Cointelegraph takes a look at five factors to consider as a Bitcoin trader.

It was a long time coming, but Bitcoin has finally broken out of the tight range in which it has traded since first dipping to ten-month lows last month.

After bouncing from $23,800, BTC/USD then circled the $30,000 zone for weeks on end, failing to deliver a decisive move up or down. Now, while not what investors would like, the direction seems clear.

#BTC is on the cusp of performing its first Weekly Candle Close below the Macro Range Low area$BTC #Crypto #Bitcoin pic.twitter.com/jwqBHfFV1F

It is not just one range that Bitcoin has exited, as trader and analyst Rekt Capital noted on June 12. In abandoning the zone near $30,000, BTC/USD is also ditching a macro trading range in place since the start of 2021.

As such, the most recent weekly close, at around $26,600, was Bitcoin’s lowest since December 2020, data from Cointelegraph Markets Pro and TradingView shows.

The market at the time of writing was nonetheless in a state of flux as the dust settled on a grim reminder of what happened during May’s spike below $24,000.

Whereas then it was Blockchain protocol Terra’s (LUNA) and TerraUSD (UST) tokens imploding, this weekend, it was the turn of fintech platform Celsius and its CEL token to follow suit.

Down 40% on the day in USD terms, CEL predictably suffered from a decision by Celsius to halt withdrawals and transfers altogether in order to “stabilize liquidity.”

“Due to extreme market conditions, today we are announcing that Celsius is pausing all withdrawals, Swap, and transfers between accounts. We are taking this action today to put Celsius in a better position to honor, over time, its withdrawal obligations,” a blog post issued on June 13 reads.

Reacting, Bitcoin pundits already skeptical of the altcoin space following the Terra debacle wasted no time in pinning the blame for the extent of BTC price losses on events at Celsius.

gox hack was rough, ICO bubble was frustrating, but celsius hits the hardest because it’s as though we learned nothing from 2008

and yet time feels like a flat circle sometimes

“Celsius looks like it could collapse and take a bunch of customer money with it,” Robert Breedlove, host of the What is Money podcast, added in part of Twitter comments.

A black swan event copying Terra is arguably the last thing that Bitcoin needs, given the already shaky macro conditions.

Regardless, the scope for fresh turmoil remains this week as the Fed’s Federal Open Markets Committee (FOMC) prepares for its June policy meeting which starts June 15.

Coming after June 10’s 8.6% inflation readout, expectations are that the gathering will hasten the pace of key rate hikes — something which neither stocks nor crypto assets would welcome.

Krueger, like others, added that the Fed would most likely be the clinch factor in determining the remaining downside for risk assets.

“For the bottom have to wait for the Fed (or equities) to turn,” he wrote:

“Can scalps levels, but seriously doubt any level will bring a trend change by itself. Slight chance the Fed does not turn hawkish on Wed and if so rally hard. Hawkish acceleration more likely.”

An Asian sell-off made life worse for equities at the start of the week, impacting risk-sensitive currencies such as the Japanese yen and Australian dollar.

“At some point financial conditions will tighten enough and/or growth will weaken enough such that the Fed can pause from hiking,” Goldman Sachs strategists including Zach Pandl wrote in a note quoted by Bloomberg on June 13:

“But we still seem far from that point, which suggests upside risks to bond yields, ongoing pressure on risky assets, and likely broad US dollar strength for now.”

Bloomberg additionally reported that a 75-basis-point rate hike may be on the table, as markets price in base rates of 3% or more by the end of the year.

Where risk assets suffer, the United States dollar has made the most of its power over the past two years.

That trend looks set to continue as macro conditions pressure practically every other world currency and risk assets to provide no realistic safe haven.

The U.S. dollar index (DXY), despite retracing in recent weeks, is now firmly back in the saddle and targeting the highs of 105 seen in May. These reflect peak USD strength since 2002 and at the time of writing, are just 0.5 points away.

Since the cross-market crash of March 2020, DXY strength has been a reliable counter-indicator for BTC price performance. Until a significant trend change enters, the outlook for Bitcoin could thus stay skewed to the sell-side.

“Only a matter of time before the ‘soft landing’ narrative turns into the same old ‘transitory’ nonsense.”

There will be no surprises when it comes to cryptocurrency market sentiment this week, with the macro mood likewise taking a turn for the worse.

The Crypto Fear & Greed Index, which uses a basket of factors to determine overall conditions among traders, is teetering on the edge of a dip into single figures.

Having spent much of 2022 in an area traditionally reserved for market bottoms, Fear & Greed has yet to convince anyone that a floor could be in.

Last week’s inflation print similarly took its toll on the traditional market Fear & Greed Index, which is now back in its “fear” zone at 28/100, according to data from CNN.

It is not just the financial world feeling the pinch, the so-called “Misery Index,” which measures inflation and unemployment, is giving signs that economist Lyn Alden describes as “not great.”

“Combined with how much debt/GDP exists now compared to the past, no wonder consumer sentiment is at record lows,” she commented on Fed data.

“Opportunity of a lifetime?”

Given current circumstances, it may feel like there are no Bitcoin bulls left to offer a silver lining to the multiple clouds on the horizon.

Zooming out, however, there are many who view the current market set up as a golden investment opportunity if exploited correctly.

Among them is Filbfilb, co-founder of trading suite DecenTrader, who over the weekend called Bitcoin the “opportunity of a lifetime.”

“Just to be clear, despite short/medium term issues which unfortunately are across the board, if you can survive and play your moves right without blowing up or risking too much so you have no capital, this is IMO the opportunity of a lifetime,” he wrote as part of a Twitter thread.

Like others, Filbfilb tied BTC performance to stocks, warning that the average hodler is blind to the “overleveraged” conditions that still exist on exchanges.

“They will feel the pinch,” he continued.

Contextualizing Bitcoin now within its four-year halving cycle, analyst Venturefounder, meanwhile, argued that the max pain scenario could enter in the coming weeks.

Just another 15% downside to reach #200WMA and 1 fib extension level ($22-23k) from #BTC cycle top, this can happen quickly, in the next few weeks. pic.twitter.com/8cp6Oes7PK

Currently midway through its cycle, BTC is in a place which has felt like bearish capitulation twice before — in both 2014 and 2018.