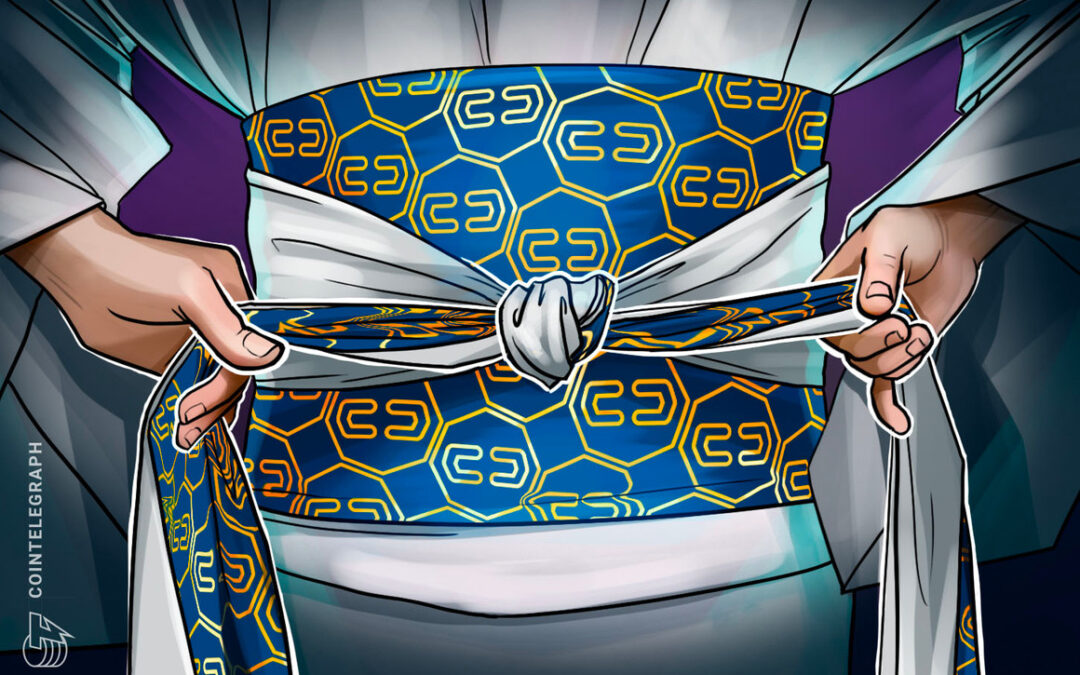 Japan’s self-regulation “experiment” for the crypto industry is reportedly not working as well as intended, according to local government and industry experts.

Since 2018, the Japan Virtual Currency Exchange Association (JVCEA), a self-regulation entity, has been tasked with creating guidelines for the country’s crypto industry, with arguments at the time that the entity could be better placed to cope with crypto regulation than a government body.

However, speaking with the Financial Times (FT) on Monday, an unnamed source “close to both industry and government” said that the current model of crypto regulation is faltering:

“When Japan decided to experiment with self-regulation of the cryptocurrency industry, many people around the world said it would not work. Unfortunately, right now it looks as though they may be correct.”

The organization was formed in response to the $530 million hack on the Coincheck exchange in 2018. It is recognized by Japan’s Financial Services Agency (FSA) and has the power to pass and enforce regulatory frameworks for local crypto exchanges.

Its members include a long list of top local crypto names such as Coincheck, BitFlyer and Rakuten Wallet Co, along with the Japanese subsidiaries of FTX and Coinbase.

Over recent months, the JVCEA has reportedly copped a fair amount of flack from the FSA over its slowness in getting regulation off the ground.

According to the FT, the FSA is said to have highlighted key issues with the JVCEA, including its delays in introducing Anti-Money Laundering (AML) regulation and lack of communication between directors, member operators and its secretariat — signaling poor management.

The report also noted that the FSA had already once issued an “extremely stern warning” to the JVCEA in December to get its operations in order and that it was not “clear what kind of deliberations the body was having, what the decision-making process was, why the situation was the way it was, and what the responsibility of the board members was.”

In June, Prime Minister Fumio Kishida also called on the entity to speed up its listing approval process for digital assets on local crypto exchanges but still be “mindful of the need to protect users.”

Another unnamed source close to the JVCEA suggested that the organization is lacking office staff with a genuine knowledge of, or interest in crypto.

According to them, the office is primarily composed of retired bankers, brokers and government workers, and lacks representatives from the JVCEA’s list of crypto member companies:

“That is why no one there really understands blockchain and cryptocurrencies. The whole mess shows it is not a simple problem of governance. The FSA is very angry about the whole management.”

The JVCEA says it is currently working to make improvements and address the organization’s current issues. However, Meiji University professor and JVCEA board member Masao Yanaga also highlighted that the organization lacks the resources to move quickly.

Yanaga also suggested that AML regulation has been difficult to implement as there is an absence of international agreements concerning the sharing of customer data between crypto exchanges.

“The operators of the exchanges worry that even if we create these rules, they won’t be able to implement them,” he said.

One area that the JVCEA has made slight improvements in this year is its digital asset listing criteria. The entity is tasked with assessing tokens that local companies intend to list. However, it has generally taken the JVCEA around six months or more to conduct its screening process.

In March, Cointelegraph reported that the JVCEA watered down some of its requirements by making a “green list” of 19 assets that no longer require screening, including Bitcoin (BTC), Ether (ETH) and Ripple (XRP).