Is crypto a boys’ club? The future of finance is not gendered 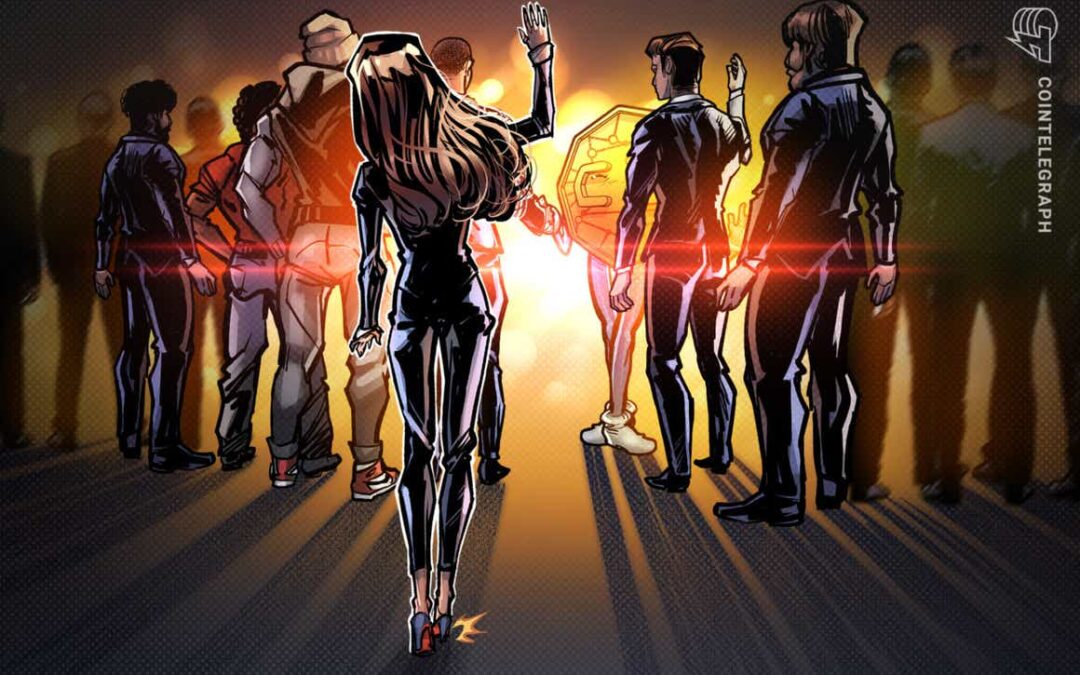 “I am used to being the only woman in the room,” Joni Pirovich told Cointelegraph over the phone.

Her tone wasn’t impassioned like she was claiming an injustice. It was matter-of-fact, resigned to the truth of it. Pirovich is a blockchain and digital assets lawyer and has been involved in the crypto industry for years. She’s also a mom of two.

“In some ways, it’s been a real struggle to have my voice heard, to be seen as a legitimate person at the table that has views worth listening to — let alone respecting or following.”

Her claim wasn’t shocking, since gender disparity in this industry isn’t exactly a new talking point. Back in August, CNBC released a survey that found that women are still less than half as likely to invest in cryptocurrencies than men, with 16% of men investing vs 7% of women.

These results echoed what Finder’s Crypto Report had claimed months earlier in June.It stated that 22% of men own at least one sort of cryptocurrency, while only 15% of women do.

Reminder that twice as many men invest in crypto than women, and women only make up 16% of the NFT market. Thanks @ReeseW and other women leaders in the space who are committed to changing that.

The crypto industry sits at a crossroads between finance and technology, two sectors that have been traditionally dogged by gender disparity.

A 2021 report by Accenture and Girls Who Code found that the gender gap for women working in the tech sector has actually worsened since 1984, from 35% to 32%. It also found that half of the young women who go into tech drop out by the age of 35, giving credence to Pirovich’s unfavorable experiences working in the industry.

Some of you have never had to schedule dedicated time each month in your calendar to remove all the “nice boobs”/”she’s cute”/”can she actually code?”/”get back in the kitchen” comments from your technical videos on YouTube, and honestly? It shows.

Meanwhile, an Oct. 2020 research report from Women in VC found that only 4.9% of United States-based VC partners are women. The data gets even more sobering when looking at how the numbers stack up against women from minority groups — only 0.2% of VC partners are Latinx women and 0.2% are black women.

Susan Banhegyi, author of Women in Crypto and founder of Crypto Women Global agreed that the issues women face in crypto are the same plaguing women across the whole scope of male-dominated industries.

“Some crypto communities can be less than welcoming,” she told Cointelegraph, citing harassment and a lack of inclusion as some issues.

The first time I genuinely felt the sexism in tech was when I applied for a sys admin role when I was 16, and the interviewer told me “you’re a girl so you can’t do this job. You’re too weak to lift desktop computers”.

Emilie Wright is the founder of PULSE, a charity-focused and women-led NFT project. She said that in her experience, men in the industry tend to naturally make space for other men.

“My experience, as a woman, is that it is harder to occupy that space, and if you push for it you are often met with questions about how deserving you are of it or your credibility,” she told Cointelegraph.

“If I were a man, I would probably feel more accepted, doubt myself less and feel less of an imposter in the space.”

Gendered obstacles don’t only come for women wanting to work in the crypto industry, but also for those looking to invest in it.

Previous discourse about the crypto gender tends to blame risk aversion. Crypto makes a notoriously volatile investment which is a pull factor for many investors chasing lucrative gains. Women stereotypically tend to be more conservative and risk-averse investors.

But, perhaps this is an easy answer to a complicated question. Wright suggested that if risk aversion does exist among female investors, that’s only because it’s more “socially acceptable” for men to gamble and take risks.

“Maybe as women, there is an underlying pressure on us to be safe, secure and stick to the known. For me, this risk is much more significantly acknowledged in the cryptocurrency space, and I see less women involved in cryptocurrency.”

She added that when she first started investing in crypto, she would spend hours learning about the industry after working her usual nine-to-five job. She said, “I wonder if, as women with families, commitments and busy lives, it makes it much more difficult to actually enter the space.”

Amy-Rose Goodey, the operations and membership manager at Blockchain Australia, has an alternative explanation. She said that women tend to shy away from investing because they aren’t confident in their understanding of how crypto works, and they don’t ask for help for fear of being ridiculed, stating:

“The statement ‘women are risk averse’ has continued to circulate as the primary reason women do not invest in crypto. In my experience, this is not the case. Women are very keen to invest but do not feel confident in going through the process to buy.”

“[Women] are more anxious about not knowing how to buy Bitcoin rather than losing the initial investment,” she said. “It appears to be more a question of confidence rather than risk aversion.”

Their theories are backed up by research, showing that an individual’s confidence is by far the most pervasive predictor of financial risk aversion — regardless of the individual’s actual financial literacy.

Goodey also said the crypto industry is already starting to make strides towards gender parity as it makes movements towards mainstream adoption:

“From where I am sitting, there is a growing number of women diving headfirst into crypto and investment on the whole. I do not see slowing down any time soon with a growing appetite for this asset class.”

This is true, the amount of women diving into the crypto space has skyrocketed this year as we inch closer towards mainstream adoption.

In a United Kingdom survey from January this year, Gemini found that women made up 41.6% of the 2,000 respondents who were current or previous crypto investors. It also found that 40% of the respondents who said they planned to invest in crypto were women.

Looking at the historical data on gender disparity in crypto shows a pretty low benchmark for growth. In 2013, a survey on crypto forums across the internet found that out of the 1,000 people surveyed, 95.2% of “Bitcoin users” were male. A brokerage study from eToro in Feb. of this year found that 15% of its users were women, an increase from 10% the previous year.

The road to representation

As for the road to equal representation, Pirovich said that men need to be part of the solution. She said, “It’s about men supporting women to identify that you’re on an all-male panel. Just choose not to be a part of it until at least another woman is speaking and more equal representation or diverse representation is on that panel.”

Wright agreed, saying that “there are some amazing men who are supporting and empowering women in the right way, but there needs to be a lot more done.”

Banhegyi spoke to the importance of having gender parity in the workforce, stating, “The more women who work in this industry, the better, because a community is the foundation of any platform.”

Crypto has the potential to empower women and give them more control over their finances. And for many women, mainstream adoption has already started to chip away at some of the accessibility barriers that previously stood between them and potential gains.