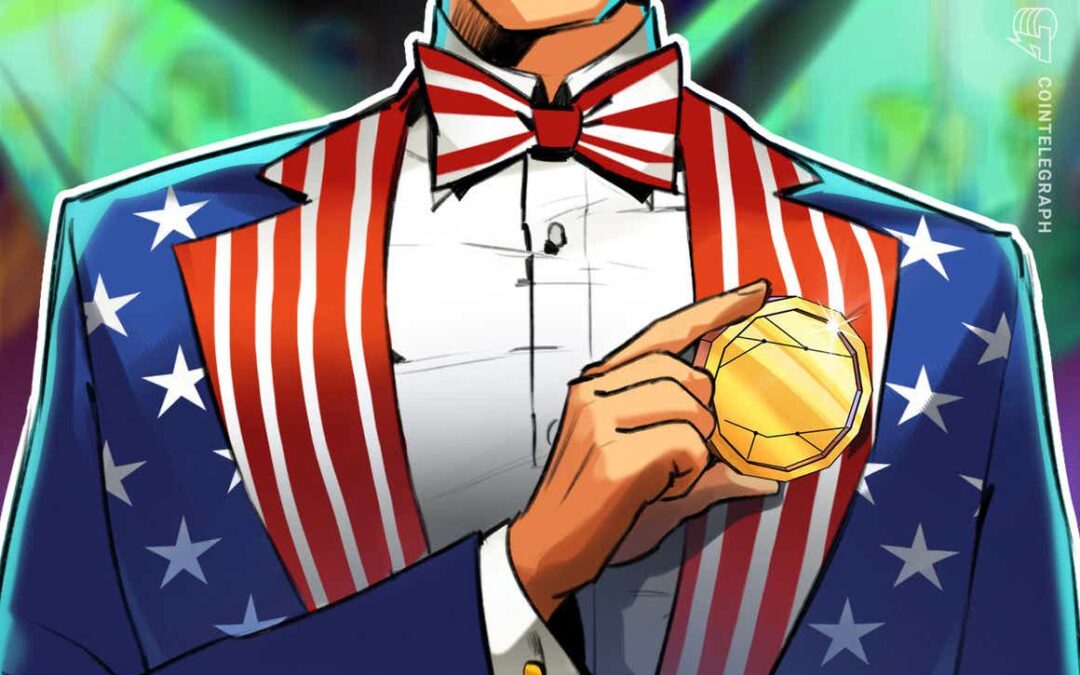 As 2022 is kicking off, America nears the first anniversary of Joe Biden’s presidency. Following the tenure’s ambitious start, the last few months witnessed some serious tumult around the overall health of the United States economy, the administration’s handling of the COVID-19 pandemic, and the tense debate around Biden’s opus magnum — the $1.7 trillion Build Back Better infrastructure legislation plan.

But even as the Democrats’ ability to maintain undivided power after the 2022 midterm elections can raise doubts, the party’s prevailing view of crypto has become more consolidated than ever. The incumbent president’s party will be setting the tone of the regulatory discussion for at least three more years, so a thorough look at the fundamental premises and potential directions of its emerging crypto stance is in order.

The path that mainstream Democrat thinking on crypto has traveled over the last three years is perfectly captured by an anecdote featuring two crypto-related public statements made by a Clinton. One is by the 42nd U.S. president, Bill Clinton, then 72, who said at Ripple’s Swell Conference in October 2018 that the “permutations and possibilities” of blockchain were “staggeringly great”.

Three years later, speaking at the Bloomberg New Economy Forum in Singapore, Bill’s wife and ex-presidential candidate Hillary Clinton, though calling the cryptocurrencies an “interesting” technology, warned about their power to undermine the U.S. dollar and destabilize nations — “perhaps starting with small ones but going much larger.”

This startling difference in opinion within the power couple reflects the recent evolution of the Democratic party, itself — from a “third way,” business, tech and finance-friendly centrism of its 1990’s generation to the newfound statism with a heavy emphasis on redistributional justice and big government projects. By current standards, the former first lady sounded rather balanced in comparison to her party comrade Senator Elizabeth Warren, who has famously lashed out at the crypto market after the volatility outburst in early September:

Advocates say crypto markets are all about financial inclusion, but the people who are most economically vulnerable are the ones who are most likely to have to withdraw their money the fastest when the market drops. […] High, unpredictable fees can make crypto trading really dangerous for people who aren’t rich.

Warren berated crypto on numerous occasions, calling it a “fourth-rate alternative to real currency” that is “unsuitable as a medium of exchange;” a “lousy investment,” that “has no consumer protection;” and a tool that makes many illegal activities easier.

The negative sentiment is largely shared by Senator Sherrod Brown, which is arguably even more unsettling given his status as chairman of the U.S. Senate Committee on Banking, Housing, and Urban Affairs. Brown’s opening statements at Congress hearings have never been amicable towards crypto. Their overall spirit can be summarized in the introduction that opened the July hearing entitled “Cryptocurrencies: What are they good for?”

All of these currencies have one thing in common — they’re not real dollars, they’re not backed by the full faith and credit of the United States. […] And that means they all put Americans’ hard-earned money at risk.

Brown blamed the “cottage industry of decentralized financial schemes” for an attempt to create “a parallel financial system with no rules, no oversight, and no limits,” calling it “a shady, diffuse network of online funny money,” with nothing democratic or transparent about it. The lawmaker repeatedly rejected the notion that crypto could be an alternative to legacy money — last time at a December Congress hearing:

Stablecoins and crypto markets aren’t actually an alternative to our banking system. […] They’re a mirror of the same broken system – with even less accountability, and no rules at all.

It’s not all dark, though. One figure that represents a more moderate, if not pragmatic approach to crypto — Congresswoman Maxime Waters — would also play a major role in any future outcome for the industry. As a chairwoman of the House Committee on Financial Services, she initiated the Digital Assets Working Group of Democratic Members with a mission to ensure responsible innovation in the cryptocurrency and digital asset space and “meet with leading regulators, advocates, and other experts on how these novel products and services are reshaping our financial system.”

Related: Lines in the sand: US Congress is bringing partisan politics to crypto

Sen. Waters has publicly recognized that “Americans are increasingly making financial decisions using digital assets every day,” and affirmed that her Committee will explore “the promise of digital assets in providing faster payments, instantaneous settlements and lower transaction fees for remittances.”

What’s it all about?

The good news is that underneath the redoubtable oratory, there is a keyword: regulation. It is clear, at this point, that a China-style total war on crypto isn’t an option in the U.S. Therefore, what drives the heated activity of congressional committees and federal agencies in recent months is a clear intention of the Democratic establishment to sort out the rules of the game before the next presidential election.

Part of this effort of the Biden administration is the launch of the President’s Working Group on Financial Markets, a superhero team composed of the SEC, CFTC, OCC, FDIC and Federal Reserve System executives, with the secretary of the Treasury Department leading the group.

So far, the key product of the Working Group is a 26-page report on stablecoins, which advises Congress to designate some stablecoin-related activities — such as payment, clearing and settlement — as “systemically important” (which would inevitably lead to a tighter oversight) and limit stablecoin issuance to insured depository institutions, i.e., banks.

As in the pre-Biden era, the main problem lies with the core classification of digital assets. The PWG report failed to propose a novel interpretation and give precedence to a single regulatory body, thus perpetuating a situation where a variety of regulators oversee different types of crypto-related activity.

In October, Rostin Behnam, the chairman of the Commodity Futures Trading Commission and a member of the Democratic Party, claimed that as much as 60% of digital assets can be classified as commodities, which amounts to proposing that the agency become the lead U.S. cryptocurrency regulator. He also further stated that his agency, as well as the Securities and Exchange Commission, would likely need “a regulatory structure for both securities and commodities.” How exactly that would help the ongoing patchwork approach to regulation is still a mystery.

There are several reasons to believe that the largely proclamatory activity of 2021 will be followed up by some real action in the following year. The first is the general idealistic mindset of U.S. Democrats. For example, the drive to aggressively regulate Big Tech is part and parcel of this mindset.

While President Barack Obama and some regulators worked alongside Google and Twitter to facilitate the growth of internet businesses, Joe Biden’s administration came to power amid the wave of popular anxiety over international cyberattacks, personal data leaks, Meta’s crisis mismanagement and the overall outsize influence on the political process accumulated by tech goliaths.

While Meta and Google have been fighting federal and state regulators in courts over allegations of anticompetitive conduct for a while, Biden’s team also pledged to hold tech companies to account for toxic speech they host and strengthen policing anti-competitive practices.

However, in 2021, we haven’t witnessed any significant policy steps in this direction. Neither of the two major legislative proposals — Amy Klobuchar’s bill, which ​​would bar big tech platforms from favoring their own products and services, and a bill by House Democrats that seeks to remove some protections afforded tech companies by Section 230 of the Communication Decency Act — has become law.

The second reason behind the Democratic rush to put crypto within the regulatory perimeter is pragmatic: The Biden administration and its allies on Capitol Hill need money. Biden’s first-term agenda relies heavily on ambitious Roosveltian infrastructure projects. While the $1.2 trillion Infrastructure Investment and Jobs Act managed to get bipartisan support and was signed into law on November 5, the Build Back Better Act, which now hangs by a thread after Democratic Sen. Joe Manchin had announced his opposition to the current draft, would cost nearly $2 trillion.

By some estimates, should it make it to the president’s desk, the spending program would increase the deficit by $360 billion over 10 years, making it urgent to raise more tax revenue. This is what makes a thriving crypto industry an important battlefield for Democrats, who see the possibility of harvesting some cash from it and an urgency to prevent tax evasion via digital tools.

There’s no doubt that the Biden administration will continue to pursue a strict regulatory agenda in 2022. We will see more Congressional hearings next year, but even more consequential negotiations will be taking place behind closed doors, where Democrats will have to finally decide whether the SEC, CFTC or any other body should dominate crypto oversight. Despite Sharrod Brown’s recent “with or without Congress” remarks, it is also hard to believe that Republicans will let their opponents single-handedly decide the fate of the industry.