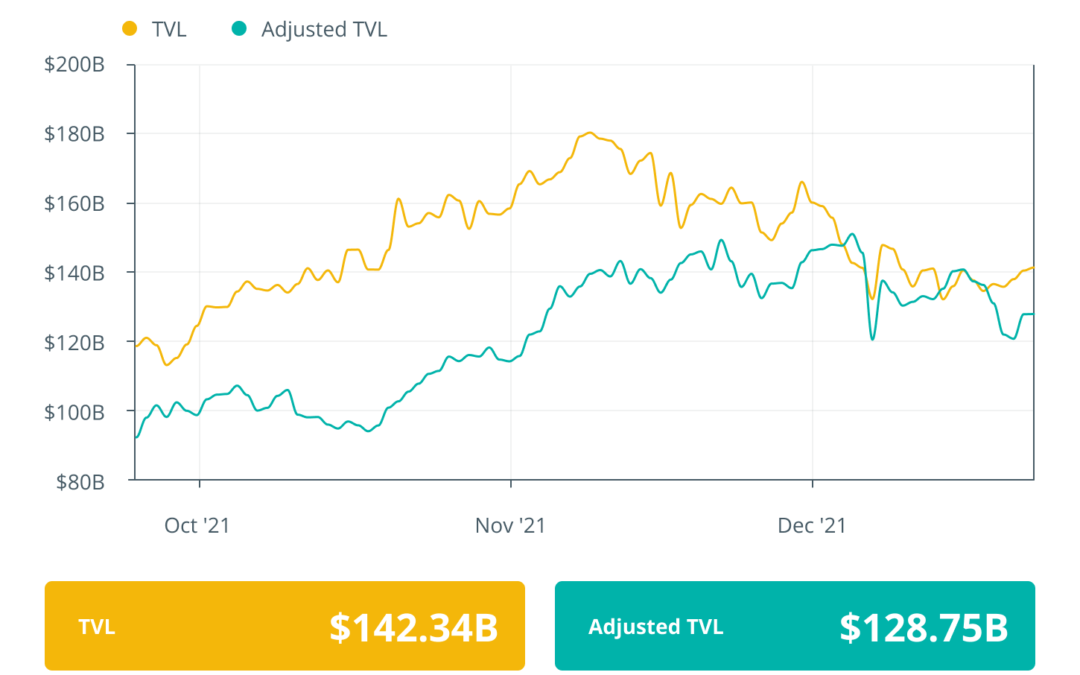 Welcome to the latest edition of Cointelegraph’s decentralized finance newsletter.

As the crypto community filled its crypto stockings for the holiday season, the Grinch emerged to gift a grimacing fate to two DeFi platforms, stealing their festive spirit and a whole lot of dollars.

Reading this article, you’re only receiving a portion of the content from our DeFi newsletter. Drop your email below for the full copy.

Amid Multichain’s corporate rebrand from AnySwap last week, analytical estimates placed the protocol’s total value above $5 billion and reported over 300,000 users on the platform. The funds raised will be utilized across various domains, including research and development of crypto algorithms, audits, security and general ecosystem growth.

In addition to the capital support, Binance has also pledged to develop a broader relationship with the protocol, announcing that Multichain will be officially recommended as a tool to bridge bToken across chains through Binance’s smart contract platform, the Binance Smart Chain (BSC).

BSC expressed high praise of Multichain, noting that it is “one of the biggest routers on BSC.” Zhaojun, a co-founder of Multichain, stated that the protocol connects “more public blockchains and crypto assets than anyone else, with lower transaction fees, shorter bridging time and higher security levels.”

Thanks Binance Smart Chain @BinanceChain for promoting #Multichain as officially recommended bridge#Multichain‘s top priority is to guarantee the security of on-chain assets https://t.co/CEocRygXzq

Related: Binance to launch $1B fund to develop BSC ecosystem

DeFi infrastructure startup Interlay announced a $6.5-million Series A funding round led by venture fund DFG Capital with additional participation from Hypersphere and Nexo Finance, among others.

The funding is set to support the construction of DeFi applications cross-chain to Ethereum, Cosmos and Polkadot, as well as onboard new developers to the team.

Interlay was designed to enhance the interoperability of crypto assets such as Bitcoin (BTC) to networks that typically facilitate DeFi activity such as Ethereum and Polkadot, a vision that the Web3 Foundation understood when it invested in the platform via a grant in March 2020.

Interlay’s core product, a Bitcoin-backed digital asset titled InterBTC, can be utilized within the Polkadot ecosystem for various DeFi activities such as yield farming, lending and acting as a collateral asset. Tokenizing a Bitcoin derivative opens the possibility of greater utility for the asset in comparison to the functional capacity of the Bitcoin network.

Speaking on the funding raise, James Wo, founder and CEO of DFG, stated that Interlay’s solution would “expand the cross-chain possibilities for Bitcoin” before tweeting:

We are glad to lead the recent round of @InterlayHQ I believe what they do is very fundamental to the Polkadot ecosystem. If they gain 1% of BTC to use InterBTC, that’s $9 billion! @DFG_OfficiaI @inter_btc $DOT https://t.co/phFpVXeG0L

DeFi protocol Grim Finance reported over $30 million in losses this week after an “external attacker” gained access to the protocol’s vault contract via five reentrancy loops. This made it the sixth platform to encounter a security breach in the month of December, following high-profile hacks such as BadgerDAO’s $120 million loss.

In a damning explanatory tweet thread, DeFi security service RugDoc stated that Grim Finance’s largest mistake was not implementing a reentrancy guard on the before-after pattern in the protocol’s smart contract coding. Another mistake was granting the user “more privilege than is necessary” in enabling them to choose the preferred deposit token. RugDoc further explained:

“Hopefully, all projects can draw lessons from this incident that there is much knowledge most experienced solidity devs have at hand. If you haven’t acquired this yet, don’t build multi-million dollar projects. Don’t get audits from companies which everyone knows are useless.”

Similarly, fellow DeFi platform Bent Finance, known for its capabilities of staking and yield farming, also suffered a malicious exploit this week to the tune of 440 Ether (ETH), or just above $1.6 million at the time of writing.

1/ There was an exploit from the bent deployer address, it added balance of cvxcrv and mim to an address on an unvierifed update 20 days ago. We just discovered this today. There are multiple members on this team and we will make this right.

Related: Crypto could save Millennials from the economy that failed them

Analytical data reveals that DeFi’s total value locked has increased 15.74% across the week to a figure of $142.58 billion, engulfing the losses printed in last week’s market downturn.

Data from Cointelegraph Markets Pro and TradingView reveals DeFi’s top 100 tokens by market capitalization have mainly been bullish over the last seven days.

Interviews, features and other cool stuff

Thanks for reading our summary of this week’s most impactful DeFi developments. Join us again next Friday for more stories, insights and education in this dynamically advancing space.