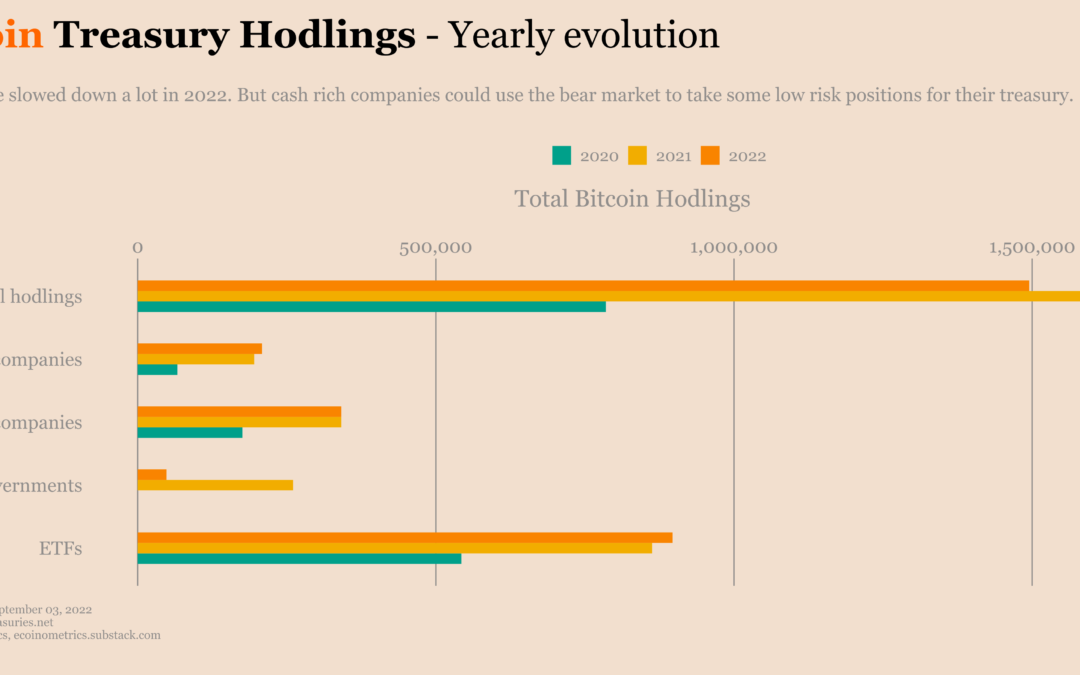 Bitcoin (BTC) has rebounded by 20% to almost $22,500 since Sept. 7. But bull trap risks abound in the long run as Elon Musk and Cathie Wood sound an alarm over a potential deflation crisis.

Cathie Wood: “Deflation in the pipeline”

The Tesla CEO tweeted over the weekend that a major Federal Reserve interest rate hike could increase the possibility of deflation. In other words, Musk suggests that the demand for goods and services will fall in the United States against rising unemployment.

Typically, rate hikes have been bad for Bitcoin this year. In context, the period of the Fed raising its benchmark rates from near zero in March 2022 to 2.25%–2.50% in August 2022 has coincided with BTC price declining over 50%.

To this point, the labor sector has been very resilient. Nonetheless, the latest Bureau of Labor Statistics report shows that the jobless rate has risen to 3.7% from 3.5% in August. Even Alphabet (Google) warned that they could turn to layoffs soon to stay 20% more efficient.

But Fed Chairman Jerome Powell has asserted that the central bank could hike rates further to bring inflation down to their preferred target of 2%.

As of July, the U.S. consumer price index (CPI) was 8.5% year-over-year. The August inflation data is scheduled to release on Sep. 13, with a Reuters poll of economists predicting it would fall to 8.1%, citing a recent drop in energy prices.

That is still far from the Fed’s 2% inflation target, which according to David Blanchflower, a former Bank of England rate setting committee member, will lead to a hard landing. Thus, a hawkish Fed could usher in rising joblessness and an economic recession, similar to what Musk predicts about deflation.

Bitcoin could feel the pain of a deflation-led recession, with Ecoinometrics’ analyst N suggesting that companies with cash holding would not dip their toes in a volatile asset until the economy has bottomed.

“From 2020 to 2021, there is a large number of new entrants in the space of digital assets, which pretty much doubled the total hodlings in treasuries. And as the market slowed down, everything stopped.”

In other words, higher borrowing rates would increase the flow of people’s monthly incomes toward debt repayment (mortgages, credit cards, etc.), decreasing their cash allocation for riskier assets like Bitcoin.

Macro fundamentals may also trigger Bitcoin’s bearish technicals to play out, particularly on the daily chart.

Bitcoin appears to have been forming an inverse-cup-and-handle bearish reversal pattern, confirmed by a flipped U-shaped price trend (cup) followed by a short uptrend (handle), all atop a common support level called the “neckline.”

As a rule of technical analysis, an inverse cup-and-handle pattern’s profit target is measured after subtracting the neckline level price by the maximum cup’s height, as shown below.

Moreover, Filbfilb, creator of trading suite DecenTrader who accurately predicted Bitcoin’s bottom in 2018, told Cointelegraph that BTC can drop as low as $11,000 later this year, based on the historical volume around this level.

“As it stands, the price of Bitcoin is heavily correlated to the “legacy” markets, in particular the NASDAQ, which we know is under huge pressure due to the Federal Reserve’s monetary policy,” he explained. “So this time “it’s a bit different” due to the high correlation and external economic forces.”