Crypto for foreign trade: What do we know about Iran’s new strategy 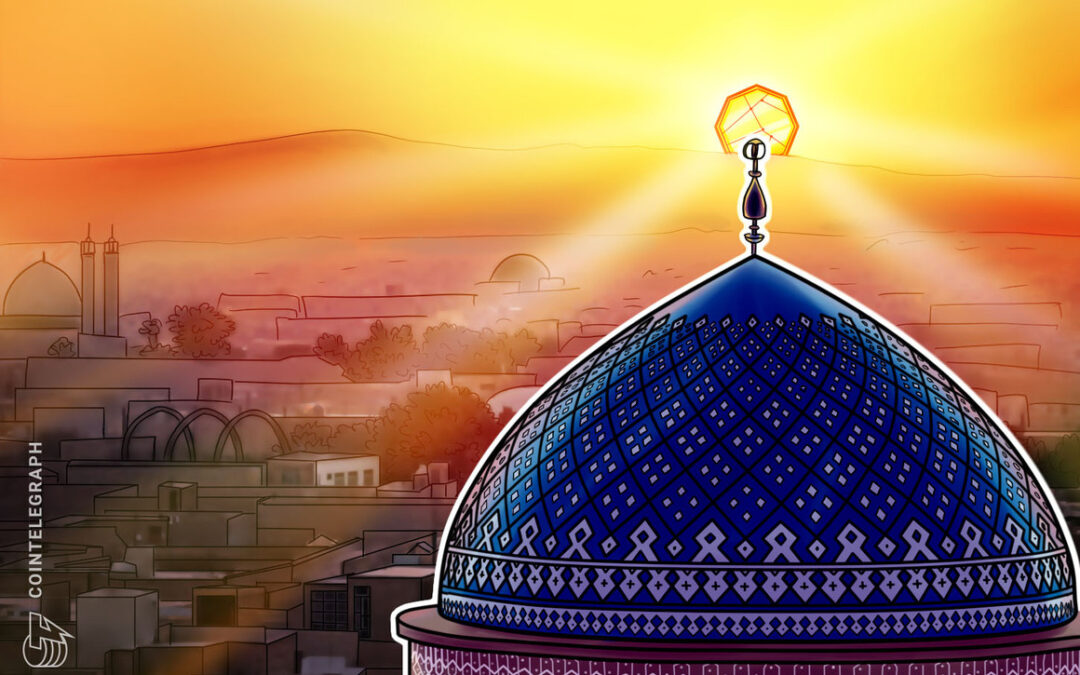 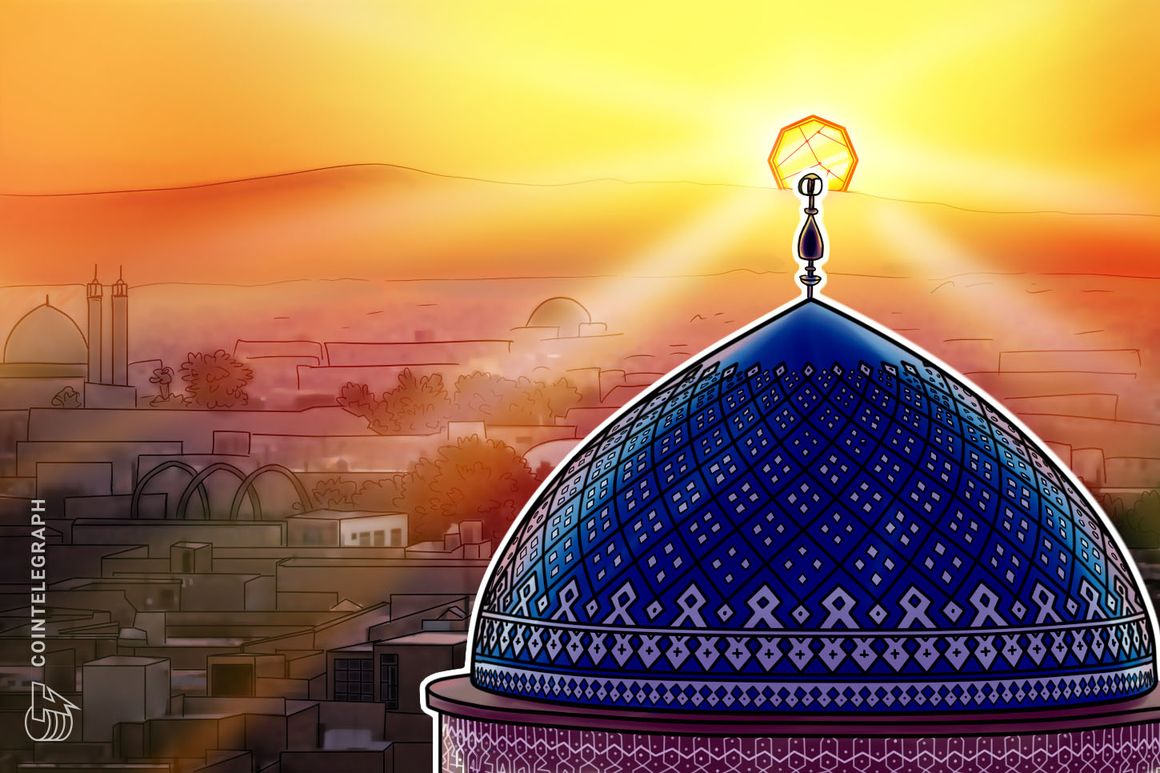 With the Trade Ministry officially approving the use of cryptocurrencies for foreign trade, Iran will become the first-of-a-kind adopter in the world.

The obvious problem with the news is that the country’s innovative policy obviously aims at circumventing financial sanctions that have been hampering its participation in the global economy for many years.

These circumstances set an ambivalent tone for Iran’s experiment — while for some, it could prove crypto’s emancipating ability to shirk the all-too-real hegemony of the United States political will and international financial institutions that enforce it, hardline crypto skeptics could get the proof they need for their prophecies about decentralized digital assets being a weapon of choice for disrupting the fragile global order.

Putting aside the ethical debates, it is still curious to know how exactly this strategy will work, what influence it will have on Iran’s trading partners and what challenges it will draw from the hostile enforcement bodies.

The road to adoption

The first public announcement of a trading system allowing local businesses to settle cross-border payments using cryptocurrencies in Iran came in January 2022. At the time, Iran’s Deputy Minister of Industry, Mine and Trade, Alireza Peyman-Pak, spoke of the “new opportunities” for importers and exporters in that kind of system, a product of joint action by the Central Bank of Iran and the Ministry of Trade should provide:

In August, Peyman-Pak revealed that Iran had placed its first import order using crypto. Without any details about the cryptocurrency used or the imported goods involved, the official claimed that the $10 million order represents the first of many international trades to be settled with crypto, with plans to ramp this up throughout September.

On Aug. 30, Trade Minister Reza Fatemi Amin confirmed that detailed regulations had been approved, outlining the use of cryptocurrencies for trade. While the full text still couldn’t be attained online, local businesses should be able to import vehicles into Iran and a range of different imported goods using cryptocurrencies instead of the United States dollar or the euro.

Meanwhile, the local business community voiced its concerns over the policy’s possible design. The head of Iran’s Importers Group and Representatives of Foreign Companies, Alireza Managhebi, emphasized that stable regulations and infrastructure should be prepared to be able to successfully use cryptocurrencies for imports. He also the possible threat of the new payment leading to the emergence of rent-seeking business groups.

How would it work?

Speaking to Cointelegraph, Babak Behboudi, co-founder of digital asset trading platform SynchroBit Hybrid Exchange, said that although the official policy was approved only in recent years, the Iranian government and corporations have been using crypto as a payment method for a couple of years now.

But, there is a range of reasons why the government decided to acknowledge such practices on a national scale, such as the disappointment of Iranian negotiators in achieving a win-win deal with the West on the nuclear deal, the frustration of the economy and hyperinflation in the domestic market.

The emergence of the Chinese digital yuan and the Russia-Ukraine geopolitical conflict also greatly influence such a decision, Behboudi added.

There remains the question about the effectiveness of the new strategy. Almost any potential foreign partner will face difficulties in conducting the deals in crypto, as, unlike Iran, most countries do not have a legal framework for using crypto as a corporate payment method or, at worst, directly prohibit it. The pseudonymous nature of Bitcoin (BTC) and other mainstream cryptocurrencies doesn’t leave possible partners too assured of their invisibility from U.S. financial enforcement.

This leaves foreign companies with two possible options, Behboudi believes. They could use either the intermediacy of proxy companies in crypto-friendly jurisdictions to convert the crypto to fiat or use the services of companies from third countries that conduct trade with Iran, such as Russia, Turkey, China, the United Arab Emirates and others.

Christian Contardo, global trade and national security attorney at law firm Lowenstein Sandler LLP, sees the scope of Iran’s potential partners as rather limited. The ease of crypto transactions can facilitate legitimate trade, particularly in regions where traditional banking may be impractical or unreliable. But, due to the regulatory regimes involved, it is unlikely that large legitimate commercial entities would transact in crypto with Iranian counterparties “unless they were seeking to hide their involvement in the transaction,” he adds.

Up to this point, reports about circumventing sanctions with crypto in Iran were rather scarce. While Binance didn’t get any allegations after journalists claimed Binance was serving Iranian customers, another major crypto exchange, Kraken, came under the investigation of the U.S. Treasury Department’s Office of Foreign Assets Control in 2019 for the very same reasons. At least one individual is currently alleged of sending more than $10 million in Bitcoin from a U.S.-based crypto exchange to an exchange in a sanctioned country.

Recent: Boom and bust: How are Defi protocols handling the bear market?

Contardo is sure that enforcers, the United States, in particular, will increase their scrutiny of transactions linked to countries like Iran. And although, in practice, it is next to impossible to track all large transactions, they still have all the tools they need:

“Enforcement agencies and even commercial investigative services have multiple sources of information to identify parties involved in a transaction. Once that information is aggregated and the parties identified, the evidence on the ledger makes for a strong enforcement case.”

Given recent announcements by Russian officials, who are also actively exploring the potential of using crypto for cross-border payments, the Iranian strategy may initiate the digitalization of a parallel market, which would include sanctioned countries and the nations that are willing to trade with them. Behboudi links this possibility to the further development of central bank digital currencies (CBDCs):

“The rise of CBDCs, like digital yuan, ruble, rial and lira, can minimize the risks if these countries can manage their transactions through bilateral and multilateral agreements, allowing the businesses to deal with each other using their CBDCs.”

Thus, in a way, Iran’s innovative strategy of adopting crypto as a cross-border method doesn’t change much — unless the use of decentralized currencies as a method of payment for private companies is allowed — this loophole would attract a limited list of nations that haven’t shy away from the trade with Iran earlier.