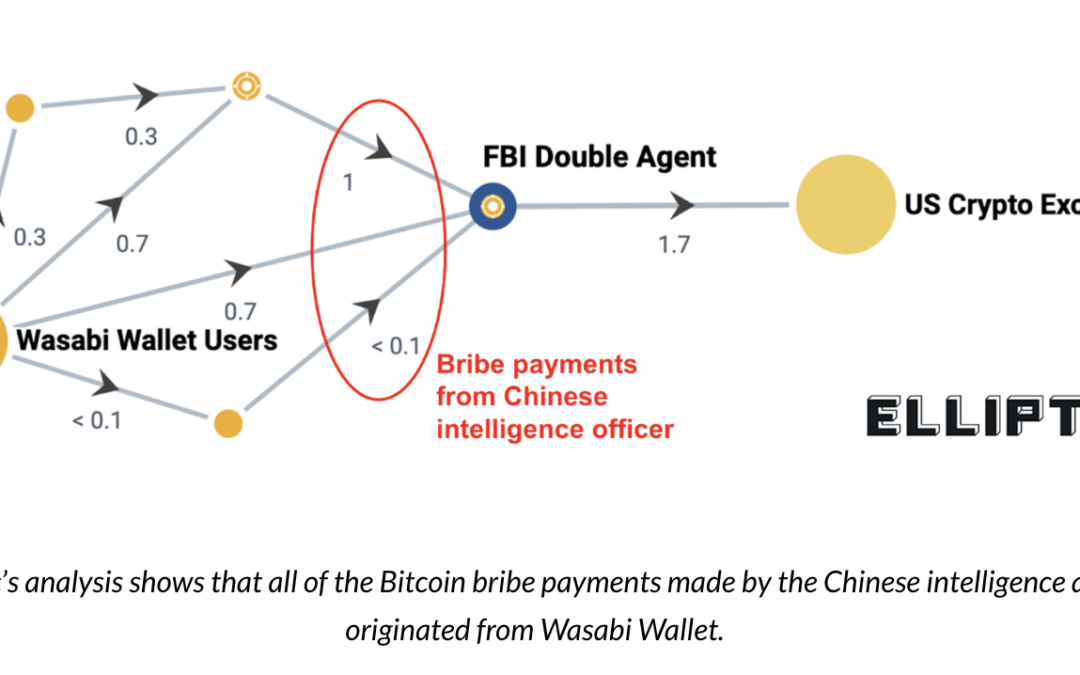 The United States Department of Justice has announced charges against two Chinese intelligence officers who allegedly bribed a double agent with Bitcoin.

In an Oct. 24 announcement, the Justice Department said Guochun He and Zheng Wang had attempted to obstruct the prosecution of an unnamed global telecommunications company based in China, which allegedly involved paying a U.S. government employee roughly $61,000 in bribes using Bitcoin (BTC). However, the individual was a double agent working on behalf of the Federal Bureau of Investigation and did not move against authorities in the Eastern District of New York in the case against the China-based company.

According to an analysis by cryptocurrency risk management firm Elliptic, He and Wang used Wasabi Wallet to conceal the BTC transactions allegedly used for bribes. The firm reported the privacy wallet had previously been used in an attempt to launder BTC from the July 2020 Twitter hack and the attacks on crypto exchanges Bitfinex in 2016 and KuCoin in 2020.

“The same properties of digital assets that make them attractive to criminals – such as censorship resistance, pseudonymity and the ease with which they can be transferred across borders – also make them valuable tools for all intelligence agencies looking to fund clandestine operations,” said Elliptic.

According to the Justice Department, the two Chinese intelligence officers began the scheme in 2019 by directing the double agent to steal confidential information related to the prosecution of the company — which Elliptic suggested may be Huawei. He allegedly made separate bribes of $41,000 and $20,000 in BTC to the agent for providing “secret” documents and rewarding the release of information, respectively.

Following the creation of the Justice Department’s National Cryptocurrency Enforcement Team in October 2021, the government department has taken many enforcement actions against individuals and entities using crypto for illicit actions including money laundering and related to cybercrimes. In 2022, the Department of Justice seized roughly $500,000 in fiat and crypto from a hacking group tied to the North Korean government, and has taken steps to move forward on a criminal prosecution case against a U.S. citizen who allegedly violated sanctions through crypto.