Blockchains need to move toward standards for interoperable asset transfers 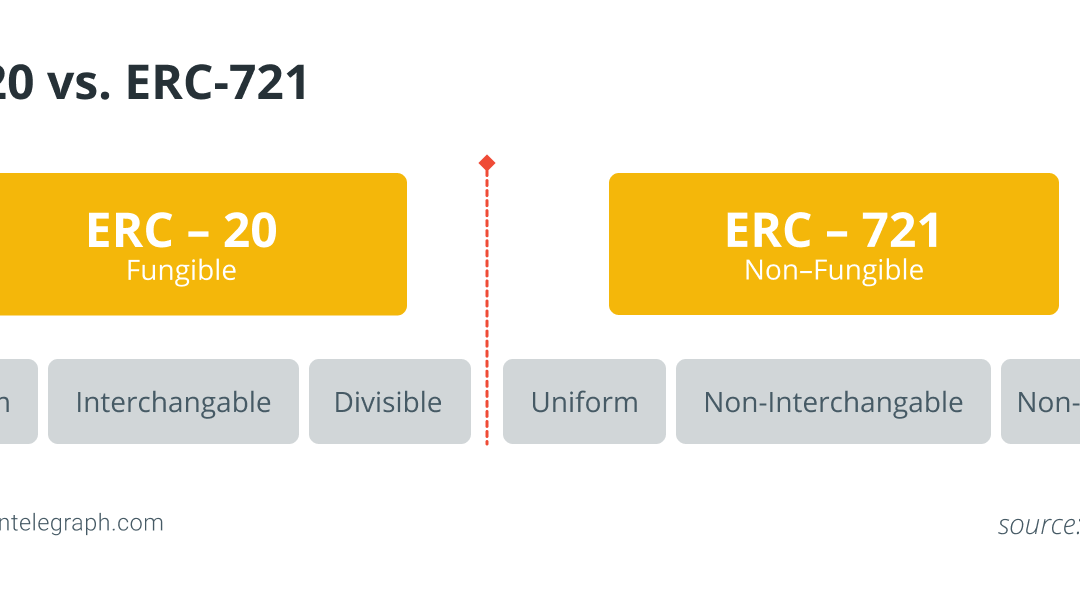 Cross-chain asset transfer has been around for several years. The concept developed almost as soon as multiple blockchains were developed and began to gain adoption. In its initial application, the transfers focused on swaps between the chain’s native assets and tokens, which led later to several decentralized exchanges. While exchange of assets has its utility, pure transfer and movement of assets and other data easily across blockchains without changing their identities is just as important, and is becoming more frequent.

Currently, 400,000 Bitcoin (BTC), and increasing, exist and are used in transactions outside of the Bitcoin blockchain. A good amount of Ether (ETH) has also been ported to other networks. Some of these are referred to as wrapped tokens to differentiate them from the same asset when they exist on their native network. Transfer of the native assets from the more established older blockchains to the newer ones is accomplished through what is known as bridges.

However, the processes developed are not uniform, tend to focus mostly on a one-way transfer to the newer networks, can involve significant slippage or loss of value, and are usually not that easy to navigate for end-users.

Besides the bridges that the newer blockchains have created to facilitate transfers of native assets from the older chains, there are some other works in this direction. These include some blockchains that have defined inter-blockchain protocols but are more geared towards alternate versions of the same blockchain spawned by its users.

While these may have merit, they are not likely to become the prevailing solution, and most businesses are not likely to spin off their own chains any more than businesses establish their own small banks to gain access to quality financial services. Solutions that involve one blockchain serving as a custodian blockchain for transfer of value among all other blockchains are also unlikely to prevail.

Related: Building multichain is a new necessity for DeFi products

Establishment of standards and protocols among practitioners of any technology has usually resulted in the advancement of the entire field, in easier to use and better applications, and benefitted end-users by providing consistent functionality across different providers. For blockchains, standards are very familiar.

The entire ethos of a decentralized blockchain network is the adoption of a standard in itself: an agreement by an independent group of nodes in a decentralized manner to run exactly the same code or standard such that they are able to reach consensus on a shared ledger. Other standards in blockchains have already resulted in significant growth in some use cases. Two such examples are the ERC-20 and ERC-721 standards. These two standards have precipitated much growth in the evolution of the technology in ways described below.

The ERC-20 standard. This standard was developed on the Ethereum network to define a token, and includes the methods such tokens had to expose to adhere to the standard. The standard has become adopted beyond the Ethereum blockchain. The effect of this standard is realized in many obvious and some not so obvious ways.

More obvious is the ease with which tokens could be deployed with less technical skills than without the standard. This gave rise to the initial coin offering growth that peaked in 2017 but still continues to be used today to create tokens, some of which have had more utility than others. Less obviously, this standard shows benefit in the ease with which exchanges are able to list tokens that follow the standard, and also for users to transfer those tokens to multi-blockchain wallet applications that adhere to the standard.

The ERC-721 standard. This standard was developed to define nonfungible tokens (NFTs) or, more simply, unique digital items. Similar to ERC-20, adhering to this standard allows a uniform interpretation of unique asset tokens on devices and applications, regardless of the blockchain they are built on.

The standard has since spawned growth in NFTs in 2021. Besides its use for tokenizing digital art, the application of this standard is currently leading the growth of NFTs in the gaming industry and leading the pay-to-earn games phenomenon. This use case is a growing segment of the games industry and appears to be bringing new gamers from different countries into the industry.

The above two examples show the effect of widely embraced standards in the blockchain industry on growth and user adoption. Standards for inter-blockchain value transfer would similarly benefit end-users.

Consider, for instance, the current state of payment systems implemented on blockchains. Making payments, using native blockchain tokens, to another party on a different network involves either that party setting up an address on the payer’s blockchain and accepting the tokens, or the payer converting the native tokens into the recipient’s native blockchain tokens off an exchange. This process, in many cases, is not too user friendly and fraught with fear of loss of funds, and many users resort to initial trial payments. Sometimes users also have to buffer the transaction amounts to ensure the receiver gets the expected value in the case of slippage, volatility or fees.

Related: A multichain approach is the future of the blockchain industry

Another option is to denominate their transactions in fiat stablecoins, since many of the major blockchains have also had stablecoins created on them. However, using stablecoins across blockchains also suffers from some of the same barriers and will similarly benefit from a uniform standard. Interoperable asset transfer between chains would also allow the establishment of payment aggregators that would present simplified options for end-users when it comes to moving assets and making payments across blockchains.

A review of some of the existing bridge implementations can help capture what a cross-chain asset transfer standard could entail. These bridges mostly utilize the non-collision properties of private-public key hash methods to enable blockchain assets to hop across chains that utilize similar address generation algorithms. This simply means that, if a user has the private keys that can access an address on a blockchain, that same user will be able to unlock and access, with the same key, the same address on another blockchain that uses the same private-public key hashing method. This technique has been used to generate bridges to transfer Ether to other networks using similar address system, such as Binance Smart Chain, Avalanche C-Chain or the Toronet chain. A decentralized oracle system monitors the blockchains, and when value is moved from an address to some designated exit or portal address (or smart contract), the oracle moves the asset to the same address on the other chain with the knowledge that the owner on the first chain will also have the keys to access the same address, and hence asset, on the other chain. This is illustrated below.

This foundational process can be extended to define a generalized token transfer standard even if the blockchains do not use the same private-public key algorithm. Fundamentally, the transaction parts of a blockchain include message-encrypted elements along with the transaction input and output specification. This message can be formatted into a protocol that includes a target blockchain identifier and target address. The same oracles that scan a portal address or contract in the homogenous address bridge method would similarly pick up, decrypt, and transfer the asset using the information on the destination chain and target address.

Another aspect of the standard would utilize the unique nature of blockchain transaction IDs to ensure that all transfers are matched and recorded only once on the destination chain by the oracle. In addition, the portal address could be implemented in a keyless manner so that only signed and proven transactions can trigger transfers to and from it. This ensures the system is automatically reconciled and would not accommodate any manual process that could impact the integrity of the portal address or the implied conservation of value underlying the process. The foregoing describes a framework to highlight the fact that the features to establish a standard already exist within most chains, and an agreed-upon protocol could simply be the next step to defining such a standard.

Blockchains and assets created on them continue to grow and are likely to be here for the long run, although with more innovations and evolution of the technology still ahead. The developing asset and payment ecosystem will likely include several blockchains, blockchain assets, digital and cryptocurrency tokens, stablecoins, and central bank digital currencies (CBDCs).

The need for interoperable blockchain standards has been somewhat suppressed by the belief of some practitioners of the technology that their preferred chain would somehow be the sole one, eventually. This is a maximalist notion and is unlikely to be the end point. Experts in this field would serve the technology and users well by not considering the success of any chain as a zero-sum proposition. Neither should existing traditional financial institutions, especially those that adapt with the rapidly changing technology. There is a lot of potential adoption just from the unbanked and underbanked that blockchain applications could reach to allow the success of several chains in the emerging economy.

In addition, no major human technological solution has evolved into a single platform or provider ecosystem. Not traditional finance or payment systems; telecommunications providers or platforms; auto manufacturing including, recently, electric vehicle manufacturing; social media networks; and not even private space flight, as capital intensive as that is. Geopolitical considerations alone and the development of CBDCs will likely lead to an eventual end state consisting of a combination of several platforms, providers and variations of the technology.

Currently, blockchains do not yet have any application where their use has completely eclipsed any other technology in prior use in the same application. Some glimmers of potential can be observed in fast cross-border payment systems; decentralized finance; securing digital art or digital assets of value, including music and video; gaming systems to record in-game assets and rewards; fan and loyalty tokens; transparent and accountable grants and charity dispensation system; agricultural subsidy and loan tracking applications; and, to an extent, payment systems.

Related: Trustless bridges may be the key to blockchain interoperability

The development and adoption of cross-blockchain asset transfer standards will go a long way in making the technology more useful in many of the listed application areas, including payment systems. It will also help to move the technology away from the current trend where growth follows the quadrennial Bitcoin halving cycles rather than due to mass adoption or underlying real world economic and financial activity.

This article does not contain investment advice or recommendations. Every investment and trading move involves risk, and readers should conduct their own research when making a decision.

The views, thoughts and opinions expressed here are the author’s alone and do not necessarily reflect or represent the views and opinions of Cointelegraph.

Ken Alabi has a doctorate in engineering from Stony Brook University, a master’s in computer-aided engineering from University of Strathclyde, and is an IT professional, programmer and published researcher with several peer-reviewed publications in various fields of technology. The author has also published articles related to blockchains, decentralization of business processes similar to blockchain technology, and the interoperability of blockchains.