Blockchain games and metaverse projects raised $1.3B in Q3: DappRadar 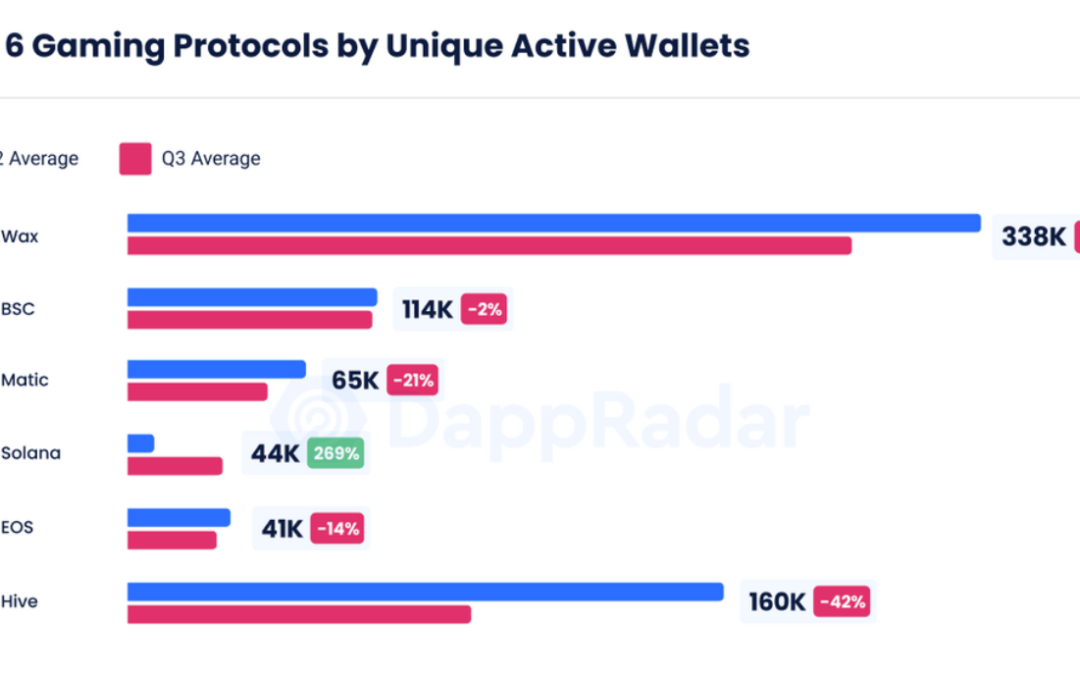 Venture financing for the blockchain industry remained robust in the third quarter, even as bearish conditions ravaged digital asset markets, a sign that venture capital firms were focused more on the long-term value proposition of the sector.

Blockchain games and metaverse projects raised a cumulative $1.3 billion in venture capital between July and September, according to DappRadar’s latest BGA Games Report. While this figure was down 48% compared to the second quarter, it was nearly double the total amount raised in 2021.

DappRadar said that projects focused on Web3 metaverse infrastructure accounted for over 36% of the quarterly investments.

Looking at blockchain gaming specifically, the report showed that underlying industry activity was still growing despite the bear market. The number of unique active wallets participating in blockchain games increased by 8% month-over-month in September to 912,000. DappRadar said that Web3 games “continue to be a driving force for the dapp industry,” accounting for nearly half of all blockchain activity across 50 networks tracked by the firm.

As reported by Cointelegraph, data from DappRadar showed that seven out of the top 10 blockchain games registered an increase in unique wallet addresses during September. The company noted that most of the top games are mobile-first, a key feature in the push for wider mainstream adoption.

However, it may be a while still before blockchain and Web3 games pique the interest of casual gamers, according to a recent survey by blockchain entertainment provider Coda Labs. The survey found that only 12% of non-crypto gamers have dabbled in Web3 games and just 15% were interested in doing so in the future.

Nevertheless, Web3 projects of all stripes have attracted significant interest from the venture capital community. According to Cointelegraph Research, Web3 projects accounted for 42% of all individual funding deals in the second quarter and seven of the top 10 most active VCs identified Web3 as their top sector for investment.