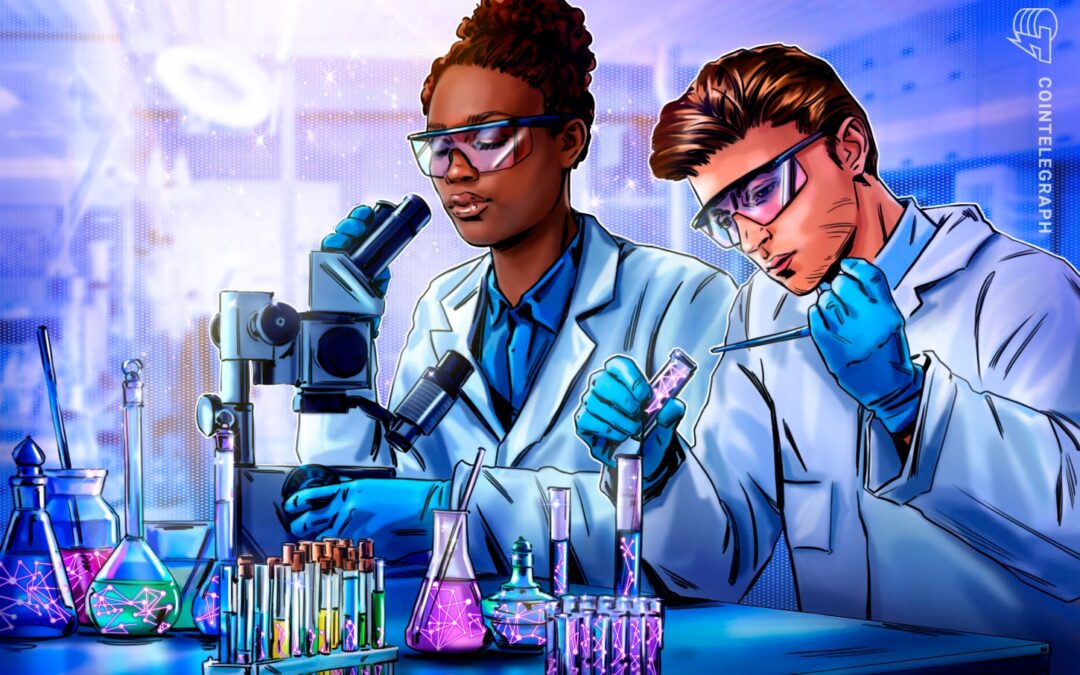 The demand for organizations to adopt blockchain technology is growing rapidly. Recent findings from market research and advisory firm Custom Market Insights found that the global blockchain technology market size was valued at $4.8 billion in 2021, yet this amount is expected to reach $69 billion by 2030. While notable, it’s become critical for the industry to enable rigorous research into the development of the blockchain sector.

Tim Harrison, vice president of community and ecosystem at Input Output Global (IOG) — the developer arm behind the Cardano blockchain — told Cointelegraph that during the past year, the blockchain ecosystem has witnessed various risks from projects that have taken a “go fast and break things” approach.

“Not only do these companies run these risks for themselves, but mistakes and failures can also negatively impact their end consumers,” he said. As such, Harrison believes that peer-reviewed research can help prevent such situations while also resolving issues that continue to linger from earlier iterations of blockchain development.

In order to ensure that blockchain projects are thoroughly researched moving forward, Harrison noted that IOG recently funded a $4.5 million Blockchain Research Hub at Stanford University. According to Harrison, the hub’s goal is to enrich the body of scientific knowledge within the blockchain and distributed ledger industry while driving a greater focus on fundamental research.

Although the Blockchain Research Hub at Stanford was just announced on August 29, 2022, Aggelos Kiayias, chief scientist at IOG and a professor at the University of Edinburgh, told Cointelegraph that he believes the center will help the industry collectively solve current challenges.

For instance, Kiayias pointed out that IOG previously donated $500,000 to fund research for blockchain scalability with Stanford. This was an important initiative, as blockchain scalability remains one of the biggest issues hampering industry adoption. Yet, Kiayias noted that Stanford’s new Blockchain Research Hub will take this a step further since the projects being funded will come from researchers across a range of disciplines and backgrounds.

Kiayias added that research hubs associated with universities will likely add more value than typical blockchain-focused courses. “Stanford’s research hub will allow researchers to investigate the kinds of subjects that they are specifically interested in, giving them more freedom than taking a standard class,” he remarked. While many universities currently offer blockchain courses within their curriculum, research hubs funded by the industry may be the next step for universities aiming to advance the industry.

For example, Dawn Song, founder of Oasis Labs and a professor at the University of California at Berkeley, told Cointelegraph that Oasis Protocol, along with a number of other blockchain companies, has provided funding for the Berkeley Center for Responsible, Decentralized Intelligence (RDI). According to Song, RDI was founded about one year ago as a multi-disciplinary, campus-wide initiative focused on advancing the science, technology and education of decentralization.

Given this, she pointed out that RDI researchers have started working on a project called Orion, which is a new zero-knowledge argument system. Song also mentioned that RDI researchers are developing a new type of key maintenance mechanism that will ensure greater usability. The project is known as the “multi-factor key derivation function” and expands upon password-based key derivation functions with support from other popular authentication factors.

While innovative, Song added that RDI’s research is unique in the sense that the center is interdisciplinary:

“RDI contains faculty from Berkeley’s computer science department, finance and economics and the law school. RDI’s research covers many different disciplines that are more in-depth in comparison with blockchain courses. We focus on research, education and entrepreneurship, which can then help develop courses to train a new generation of students entering this industry.”

In addition to physical research facilities at universities like Stanford and Berkeley, virtual research hubs are being established. For example, Klaytn, an Asia-based layer-1 blockchain, recently committed $20 million in funding for a virtual research institute to support industry growth. Known as the “Blockchain Research Center” (BRC), this program will be run by a global consortium led by researchers from the Korea Advanced Institute of Science and Technology (KAIST) and the National University of Singapore (NUS).

Sangmin Seo, representative director of the Klaytn Foundation, told Cointelegraph that researchers from KAIST and NUS will also work closely with an international team of principal investigators from six other universities, such as UC Berkeley, Princeton University and Georgia Institute of Technology. “With BRC operating in an open-source manner, other researchers beyond these universities will be able to participate in ongoing research projects or submit their own proposals,” he remarked.

Seo shared that BRC research will span seven pillars focused on topics such as consensus, privacy, smart contacts, decentralized finance (DeFi) and the Metaverse. He added that although BRC is virtual, the program will regularly conduct community outreach efforts such as hosting conferences and workshops.

In addition, the Alogrand Foundation, which is responsible for maintaining the Algorand blockchain ecosystem, has committed $50 million in funding for a virtual research program. The Algorand Centres of Excellence (ACE) program started in August 2022 and takes a strong focus on the development of real-world blockchain solutions, along with social impact and sustainability projects.

Hugo Krawczyk, principal researcher at Algorand Foundation and head of the ACE program, told Cointelegraph that research teams are located across the globe to ensure a focus on local communities. He added that ACE researchers are tackling a number of problems associated with cryptography since this is the backbone of blockchain security:

“We are also analyzing errors in smart contracts as errors in these can lead to huge losses of money and confidence.”

While it’s noteworthy that blockchain projects are supporting the development of university-led research programs, the scope of these initiatives extend far beyond marketing tactics or research for a company’s own project. Shedding light on this, Krawczyk explained that although the Algorand Foundation is committed to developing its own ecosystem, emerging research hubs such as ACE are focused on advancing the entire blockchain industry:

“This is not just about educating developers to work on our own projects, but it’s about researching multiple projects that can help advance the blockchain sector. Even though we compete with each other, collaborating with others is beneficial for the space to mature and evolve.”

Echoing this, Harrison mentioned that although there is a lot of competition in the blockchain space, healthy competition is a vital part of any growing industry. “Especially in its early days, every player also needs to play its part in growing the space as a whole,” he remarked.

Indeed, collaboration seems to be key when it comes to these research centers. For instance, Song mentioned that Berkeley’s RDI will work closely with Stanford’s blockchain research hub. Krawczyk added that there is an ACE research center at Yale University that collaborates with Columbia University and the City College of New York.

Another important point to note is that while it’s innovative for universities to offer blockchain courses as part of their curriculum, research hubs go a step further. Steven Lupin, director of the Center for Blockchain and Digital Innovation at the University of Wyoming, told Cointelegraph that university research hubs offer distinctive, hands-on learning opportunities. He said:

“These programs allow students to roll up their sleeves and develop and deploy blockchain and digital asset projects in a real-world environment. Universities also take a leading role in developing standards and governance that’s more difficult for the industry to create due to competitive pressures.”

For instance, Lupin mentioned that the University of Wyoming Center for Blockchain and Digital Innovation — which was founded in 2019 and is focused on developing educational programs and applied projects across campus — is working on a smart contract research group to develop standards, governance and interoperability to allow smart contracts to be deployed more effectively.

While university-led blockchain research centers may be the next logical step for advancing the blockchain ecosystem, more work needs to be done to ensure that such programs are created.

“With Web3 still in its early stages, one research center alone is unable to solve all the challenges that lie ahead. More research centers are required to collectively solve such challenges,” Seo remarked. He added that research centers such as Klaytn’s BRC are multi-year projects that take time and effort to develop.