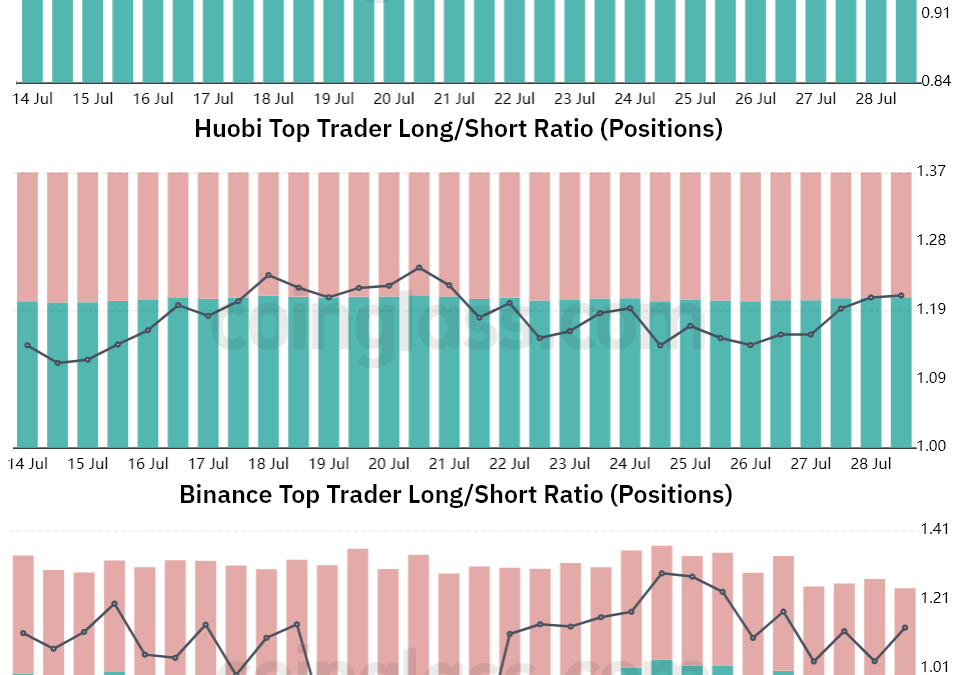 Bitcoin (BTC) rallied on the back of the United States Federal Reserve’s decision to hike interest rates on July 27. Investors interpreted Federal Reserve chairman Jeremy Powell’s statement as more dovish than the previous FOMC committee meeting, suggesting that the worst moment of tight economic policies is behind us.

Another positive news for risk assets came from the U.S. personal consumption expenditures price (PCE) index, which rose 6.8% in June. The move was the biggest since January 1982, reducing incentives for fixed income investments. The Federal Reserve focuses on the PCE due to its broader measure of inflation pressures, measuring the price changes of goods and services consumed by the general public.

Additional positive news came from Amazon after the e-commerce giant reported that its quarterly financial results beat the $119.5 billion estimated revenue by 1.4%. Moreover, Apple released its 2Q results on the same day, matching analyst revenue estimates, while presenting earnings 3.4% above the market consensus.

Exchange-provided data highlights traders’ long-to-short net positioning. By analyzing every client’s position on the spot, perpetual and futures contracts, one can better understand whether professional traders are leaning bullish or bearish.

There are occasional discrepancies in the methodologies between different exchanges, so viewers should monitor changes instead of absolute figures.

Despite Bitcoin’s 14% correction from July 20 to July 26, top traders on Binance, Huobi and OKEx have increased their leverage longs. To be more precise, Binance was the only exchange facing a modest reduction in the top traders’ long-to-short ratio, moving from 1.22 to 1.20.

However, this impact was more than compensated by OKEx traders increasing their bullish bets from 0.66 to 1.17 in six days. The absence of panic selling after Bitcoin failed to break the $24,000 support on July 20 should be interpreted as bullish.

Had buyers been using excessive leverage or distrustful of a potential upside, the price movement would have caused much grea damage to the long-to-short ratio.

Related: 3 Bitcoin trading behaviors hint that BTC’s rebound to $24K is a ‘fakeout’

Margin trading allows investors to borrow cryptocurrency to leverage their trading position, therefore increasing the returns. For example, one can buy Bitcoin by borrowing Tether (USDT), thus increasing their crypto exposure. On the other hand, borrowing Bitcoin can only be used to short it—betting on the price decrease.

The chart above shows that investors’ morale bottomed on July 21 as the ratio reached its lowest level in four months at 8.6. From that point onward, OKX traders presented less demand to borrow Bitcoin, exclusively used to bet on the price downtrend. The ratio currently stands at 13.8, which leans bullish in absolute terms as it favors stablecoin borrowing by a wide margin.

Derivatives data shows no stress from pro traders even as Bitcoin traded below $21,000 on July 26. Unlike retail traders, these experienced whales know when to hold on to their conviction and this attitude was clearly reflected in the healthy derivatives data. The data suggests that traders who expect a strong market correction if Bitcoin fails to break the $24,000 resistance will be disappointed.