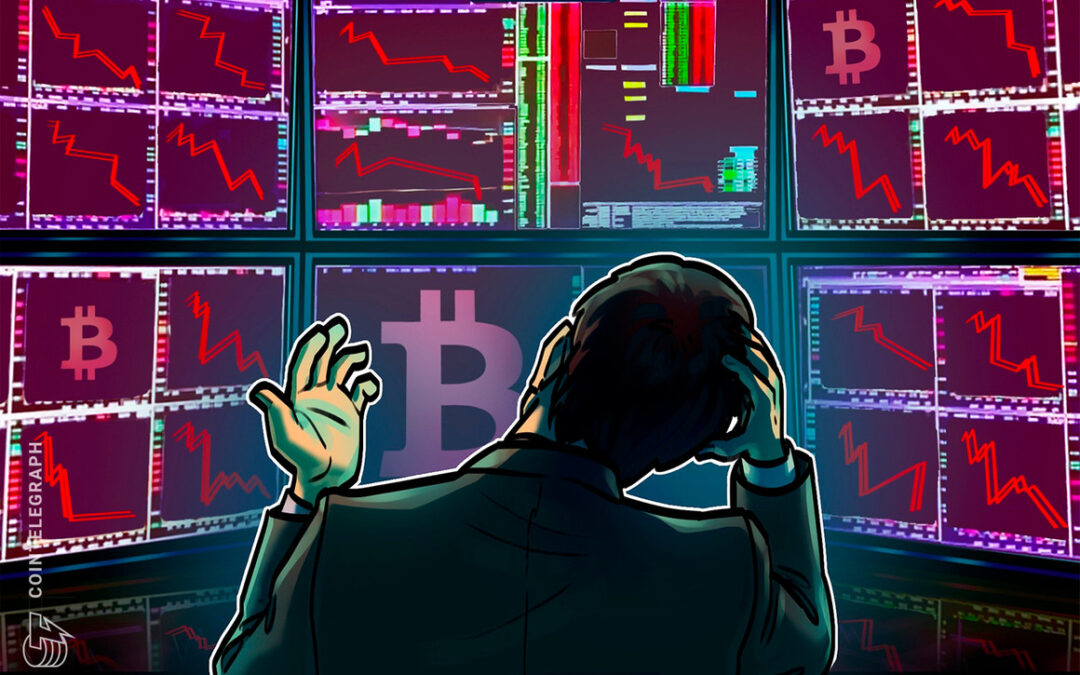 Investor sentiment in the crypto market is floundering after Binance decided to nix its agreement with FTX to purchase the distressed cryptocurrency exchange. The events have sent Bitcoin to a new yearly low, while other altcoins have also taken a sharp downturn.

Data from Cointelegraph shows Bitcoin (BTC) declining to $15,698 amid the chaos caused by FTX’s potential insolvency and the failure of the Binance deal. Analysts are turning to technical charts to try and find the next price path.

Independent market analyst, CanteringClark said that BTC price could possibly find a short-term bounce at $15,000. Citing an assortment of indicators, the analysts suggested that Bitcoin could eventually settle around the $12,000 level.

This is as clean of a continuation break as you are going to get, and this time we have a catalyst to really send it.

15k might provide brief support, but the next major area for price to settle seems to be around the 12k handle.

Analyst Caleb Franzen explained that the estimated moving average (EMA) is an indicator utilized to gauge price over a certain period of time. According to Franzen, if Bitcoin price continues to fall, it would be the first time in its history that the 52 week and 104 week EMA’s crossed below the 156 week EMA.

Is a new first coming for $BTC? pic.twitter.com/knUwdAnqvb

Fear is growing and investors are selling at a loss

Dave the wave, an independent market analyst, highlights the growing market fear surrounding Bitcoin utilizing the logarithmic growth curve. According to Dave, if the monthly Bitcoin monthly candle closes below $16,907, Bitcoin’s growth will have detracted using this important long-term metric.

The LGC being tested here.

Let’s see where #btc closes on the monthly candle, which is of most significant for long-term models. pic.twitter.com/nM79cVNhjs

Citing the aSOPR on-chain metric, Glassnode analysis shows that spenders are selling at a 10% loss, something which has not happened since the June 2022 sell-off.

In response, we have seen #Bitcoin aSOPR drop to 0.9, signalling the average spender was realizing a 10% loss.

This is as severe as June sell-off, when prices first fell to $17.5k. pic.twitter.com/p2vmhzEy8Y

Analysts across the market were hopeful that Binance’s bid to acquire FTX would stop the bleeding of the current sell-off and now that the deal is nixed, investors are likely to amplify their risk-off stance.