Bitcoin per transaction cost goes down every four years, coincidence? 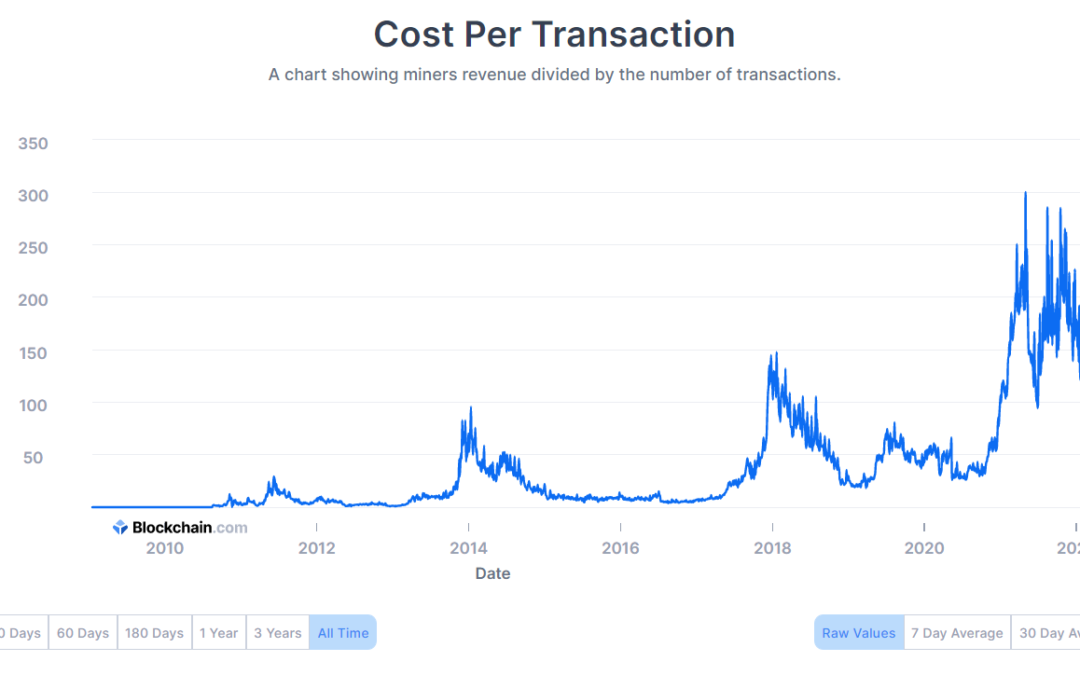 Diving deep into the thirteen-year-old Bitcoin (BTC) ecosystem makes one come across interesting patterns powered organically by investor sentiment and market conditions. With BTC’s per transaction cost coming down to $56.846 on July 14, the ecosystem unveiled a cycle wherein the per transaction costs invariably fall every four years.

The cost per Bitcoin transaction is calculated by dividing miners’ revenue by the number of transactions, thus implying an unpredictive trend — however, data from Blockchain.com reveals a pattern many would find satisfying.

The cost per transaction dropped over 81% in July 2022 from its all-time high of $300.331 in May 2021, factored by a combination of a prolonged bear market and fewer on-chain transactions due to regulatory hurdles imposed on the general investors.

If history were to repeat itself regardless of market conditions, the cost per transaction would overshadow the current all-time high by 2026, which would be accompanied by an eventual downfall around the $50 range.

Overall, miners’ revenue has also seen a significant reduction throughout the year 2022, with July marking the month of lowest income from Bitcoin mining in over two years.

Impacted by the falling market prices, Bitcoin miners found themselves barely making profits owing to the high operating costs associated with BTC mining. However, falling graphic cards or GPU prices are set to offset the losses as miners get access to affordable mining hardware.

With card manufacturers resuming operations following the end of the global chip shortage, GPU prices declined massively, with some cards selling for below MSRPs. In May 2022, mining hardware prices dropped over 15% on average as supply exceeded the market demand.