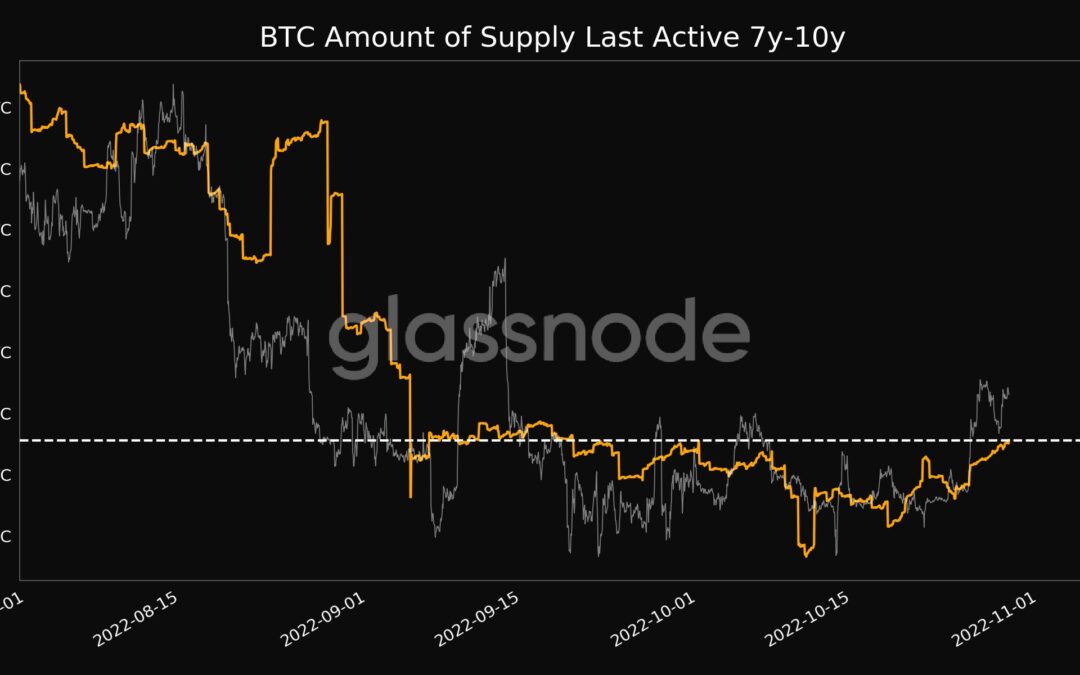 Bitcoin (BTC) asleep for up to a decade is waking up this week as BTC price action sees six-week highs.

Data from on-chain analytics firm Glassnode shows some of the oldest “dormant” Bitcoin returning to circulation.

BTC trends out of hibernation

As BTC/USD stages something of a comeback in the second half of October, hodlers are changing their behavior after a year-long bear market.

According to Glassnode, the number of Bitcoin previously stationary in their wallet for 7-10 years but not active again reached a one-month high on Oct. 29.

This is in fact the latest in a series of such highs, with the previous one seen on Oct. 1.

Further numbers reveal that the unspent transaction outputs (UTXOs) in profit reached a one-month high of over 73% on Oct. 28, aiming to eclipse levels from September.

Glassnode shows that Bitcoin being moved is rapidly done so at a profit, rather than at a loss.

The data reinforces the theory that there is an increasing desire to engage in profit-taking, even among Bitcoin’s most seasoned hodlers, at current prices.

Such profit-taking activities could increase significantly, even if spot price only puts in modest growth, a key network metric states.

SOPR essentially shows the extent to which the BTC supply is being sold in profit or loss. Fluctuating around 1, the ratio tends to be negative during bear markets, and when it crosses 1 while going higher, it signals a supply increase which could, in turn, impact price performance.

“In a bear market, everyone is selling or waiting for the break-even point to sell,” creator Renato Shirakashi explained in an introduction to the metric in 2019:

“When SOPR is close/greater than 1, people start to sell even more, as they reach break-even. With a higher supply, the price plunges.”

As Cointelegraph reported, some on-chain signals suggest that the overall picture is more nuanced.

Binance, the largest exchange by volume, this week saw its biggest-ever BTC balance decrease, indicating that users withdrew over 55,000 BTC in a single day.