Bitcoin exchange outflows surge as ‘not your keys, not your crypto’ comes back into fashion 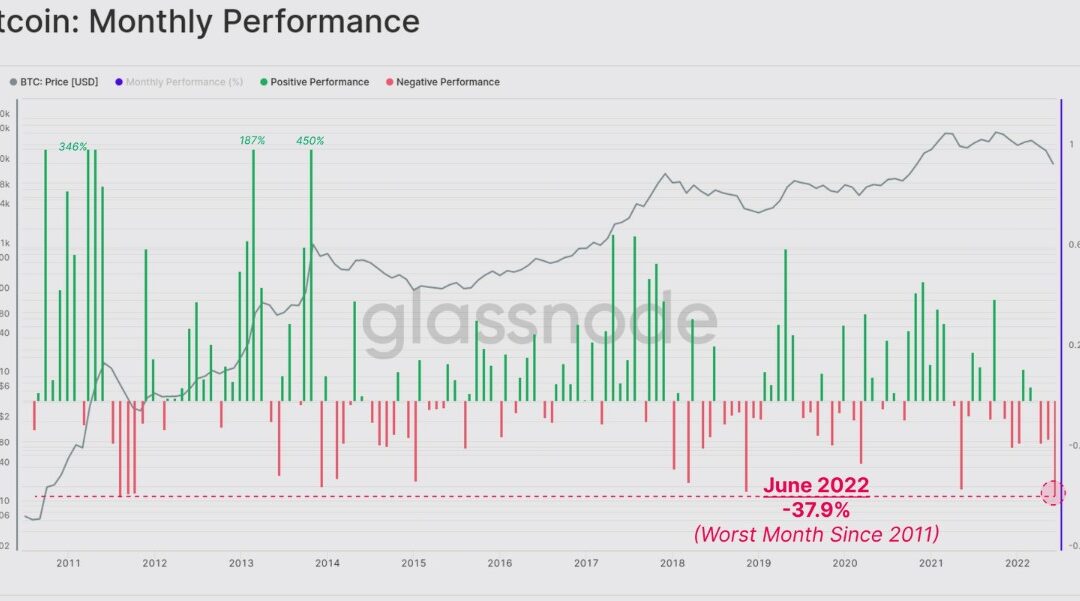 Bear markets in cryptocurrency are known to be painful, but the month of June was especially trying for the crypto faithful as a confluence of factors resulted in the price of Bitcoin (BTC) falling 37.9%, its worst monthly performance since 2011.

As a result of the continued widespread weakness, a majority of the so-called Bitcoin “tourists” have now exited the space, leaving only the most dedicated holders remaining, according to blockchain analytics firm Glassnode.

Despite Bitcoin’s ongoing struggles and the fact that crypto traders are currently experiencing the worst bear market in the sector’s history, several metrics suggest that the outlook isn’t as dire as some are predicting and that the hodler base of the crypto market remains strong.

A significant purge of active Bitcoin wallets is a common occurrence during major sell-off events as well as in early bear markets, according to Glassnode. However, the severity of the exodus has been diminishing since the bear market of 2018, indicating that “there is an increasing level of resolve amongst the average Bitcoin participant,” Glassnode said.

During the most recent reduction in the number of addresses with a non-zero balance, only 1% of the Bitcoin addresses purged their holdings entirely as compared to 2.8% between April and May 2021, and the whopping 24% that did the same between January to March of 2018.

While on-chain activity for Bitcoin remains muted and solidly in bear-market territory, the most dedicated Bitcoin holders continue to hold the line and will likely continue to do so until the market turmoil subsides and a floor in the BTC price is established.

A return to best Bitcoin practices

The ethos of “not your keys, not your crypto” is once again gaining traction in the crypto community as traders have been withdrawing their tokens from exchanges at a frantic pace. The collapse of the Terra ecosystem, the potential insolvency of Celsius and the implosion of Three Arrows Capital have all served as a stark reminder that crypto is intended to be stored in cold storage.

With platforms like Celsius halting withdrawals and smaller exchanges beginning to put limits on the amount that users can remove, the desire to regain personal control of crypto assets has become a top concern for holders.

This can actually be seen as a positive for prices in the long term as the likelihood of further capitulation decreases when tokens are locked in cold storage and not readily available to sell on exchanges.

Related: With the bear market in full throttle, crypto derivatives retain their popularity

Another encouraging development amid the worst month in Bitcoin history is an increasing interest from wallets holding less than 1 BTC, which are more likely to represent the retail cohort of the crypto market.

These so-called “shrimp” wallets have been eagerly scooping up low-priced Bitcoin to the tune of 60,460 BTC per month according to Glassnode, which is “the most aggressive rate in history.”

Even with crypto in a bear market, several underlying metrics including a dedicated cohort of crypto hodlers and rising interest from smaller retail buyers suggest that calls for the death of Bitcoin are once again premature.

Some people understand that there will only ever be 21 million $BTC. They are getting their piece of the pie. pic.twitter.com/NSVBJicjZo