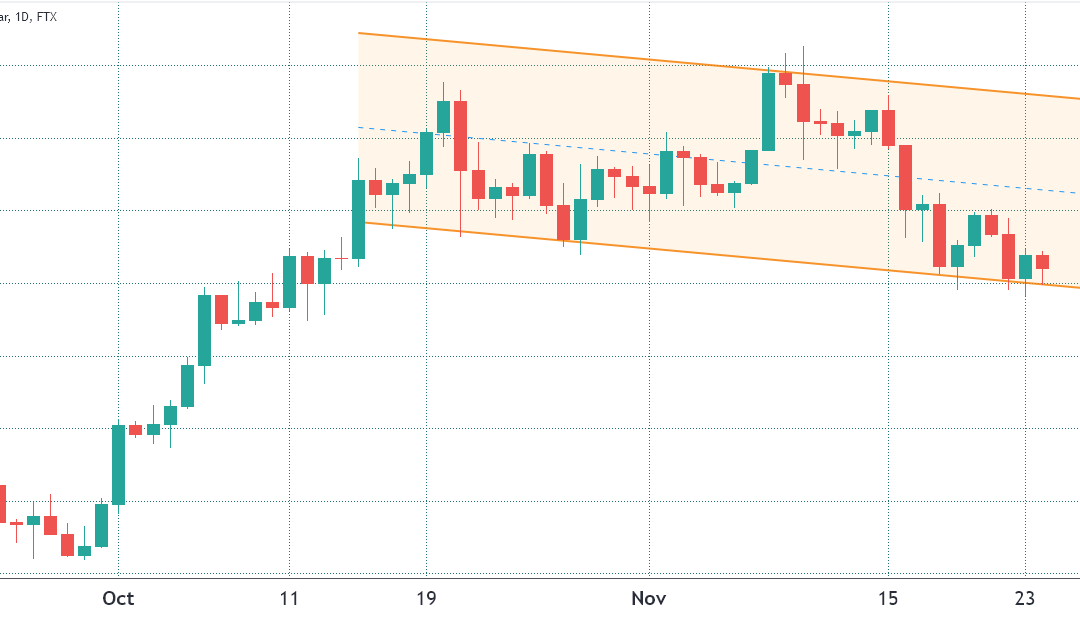 Bitcoin’s (BTC) price action hasn’t been bullish despite the $69,000 all-time high on Nov. 10. Some argue that th descending channel formed 40 days ago is the dominant trend, and $56,000 marks its current resistance.

Such bearishness follows scrutiny from United States regulators, after a Nov. 1 report from the President’s Working Group on Financial Markets suggested that stablecoin issuers in the United States should be subject to “appropriate federal oversight,” similar to banks and savings associations.

On Nov. 12, the Bitcoin-backed exchange-traded fund (ETF) request was rejected by the U.S. Securities and Exchange Commission. To justify the denial, the regulator cited the lack of ability of its participants to deter fraud and market manipulation in Bitcoin trading.

More recently, on Nov. 23, the chair of the U.S. Senate Committee on Banking, Housing and Urban Affairs sent notices to multiple exchanges and stablecoin issuers. The questions on consumer and investor protection on stablecoins suggest that lawmakers may be preparing a hearing on the subject.

Still, bulls might have a different take on such news as stablecoins are by no means necessary for Bitcoin to work. Furthermore, there’s not much that the U.S. government can do to suppress projects and developers willing to relocate outside its jurisdiction.

At first sight, the $1.9 billion in call (buy) options dominate the weekly expiry by 113% compared with the $885 million in put (sell) instruments. But the 2.13 call-to-put ratio is deceptive because the recent drop will likely wipe out 90% of the bullish bets.

Below are the four most likely scenarios based on the current price action. For example, the data shows how many contracts will be available on Nov. 26 for both bulls (call) and bear (put) instruments. The imbalance favoring each side represents the theoretical profit:

This crude estimate considers the call options used in bullish bets and put options exclusively in neutral-to-bearish trades. However, a trader could have sold a call option, effectively gaining a negative exposure to Bitcoin above a specific price. Unfortunately, there’s no easy way to estimate this effect.

Bulls have double the incentives to defend $56,000

As displayed by the 40-day descending channel, bulls need to keep the $56,000 resistance to avoid further losing momentum. One must keep in mind that it took less than two weeks to bring Bitcoin from $41,500 to $56,000 back on Oct. 10. Therefore, maintaining this level is crucial to validate Nov. 10’s all-time high.

Moreover, if bulls manage to push Bitcoin’s price above $58,000, that will save them from a potential $365 million loss if BTC bears gain the upper hand on the back of the regulatory winds. A mere 1.5% drop from the current $56,800 might give bears just enough confidence to instill even more pain.