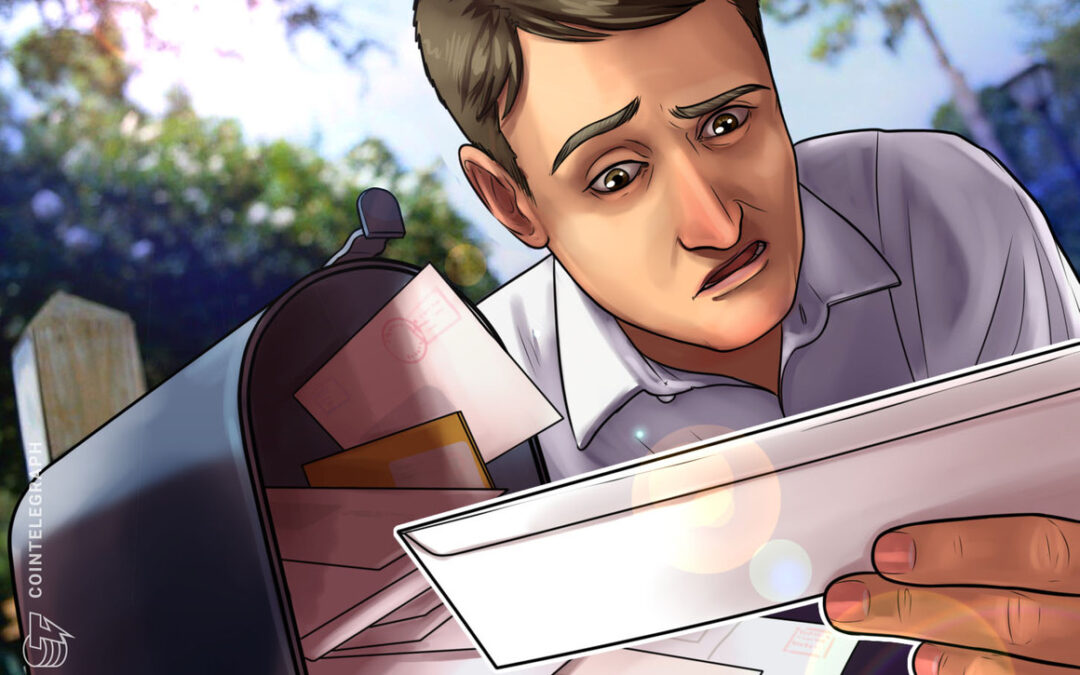 Major crypto exchange Binance challenged the accuracy of a report, which stated one of its regional heads agreed to supply Russia’s financial intelligence unit with customer data potentially related to donations for anti-corruption and anti-Putin activist Alexei Navalny.

Reuters reported on Friday that Binance’s head of Eastern Europe and Russia Gleb Kostarev met with officials from Russia’s Rosfinmonitoring, a financial monitoring service linked to the country’s Federal Security Service, or FSB, in April 2021. Kostarev reportedly agreed to a request from the government body to turn over certain user data — including names and addresses — later telling an associate he didn’t have “much of a choice” in the matter. However, another unnamed crypto exchange reportedly did not agree to provide client data to Rosfinmonitoring due to concerns about how the information would be used as well as the unit’s ties to the FSB.

The Rosfinmonitoring may have been attempting to obtain information from users donating Bitcoin (BTC) to Navalny, who is currently imprisoned in Russia after having been found guilty of contempt of court and embezzlement in March. Many human rights groups including Amnesty International have alleged the charges were politically motivated as Navalny has directly criticized Russian President Vladimir Putin for corruption an accused the head of state of being responsible for his poisoning in August 2020.

However, in a Friday blog post, Binance hinted that the report gave a “false narrative” that provided “just enough balance possible to try to avoid a legal complaint.” The firm said it was “categorically false” that it shared user data with “Russian FSB controlled agencies and Russian regulators,” and had stopped working in Russia following the country’s invasion of Ukraine on Feb. 24.

“Today, any government or law enforcement agency in the world can request user data from Binance as long as it is accompanied by the proper legal authority. Russia is no different […] Binance has not entered into any form of unusual agreement with the Russian government that differs from any other jurisdiction.”

Binance published the email exchanges between Reuters and its spokespersons, which were part of the research for the report. The firm also said it would write a formal complaint to the news outlet, alleging “hype” or sensationalist journalism.

Prior to that statement, many Twitter users seemed to be critical of Binance’s response to the report. At least one person alleged that Russia’s moves toward adopting pro-crypto regulations could be related to its reported attempts to gain access to user data, i.e., allowing citizens to use crypto in order to track transactions.

“Russia likes crypto when US dollars are limited but hates it when it is used to fund political opposition,” said Michael Bond, a lawyer and Canadian national.

“This is a haunting look into the pressure that the [Federal Security Service] can put onto the leader of a company in Russia, while org leadership outside of Russia has *no idea* it’s going on,” said Twitter user Zach Edwards.

Idea: cryptocurrency creates a decentralized financial system independent of banks and regulators, protecting privacy and the funding of political speech

Reality: your cryptocurrency broker leaks Navalny supporters’ data to the FSB without their knowledgehttps://t.co/tsXLzv74OB

The report followed Binance’s announcement of limitations for Russian nationals and residents in accordance with sanctions imposed by the European Union. The affected accounts will not be able to deposit or trade using Binance’s spot, futures and custody wallets as well as staked and earned deposits.

Binance CEO Changpeng Zhao hpreviously said the crypto exchange would comply with sanctions imposed by the United States and European Union on Russia-based entities and individuals but not “unilaterally freeze millions of innocent users’ accounts.” At the time of publication, the CEO has not publicly responded to the report.