Beyond collectibles: How NFTs are revamping the ticketing industry 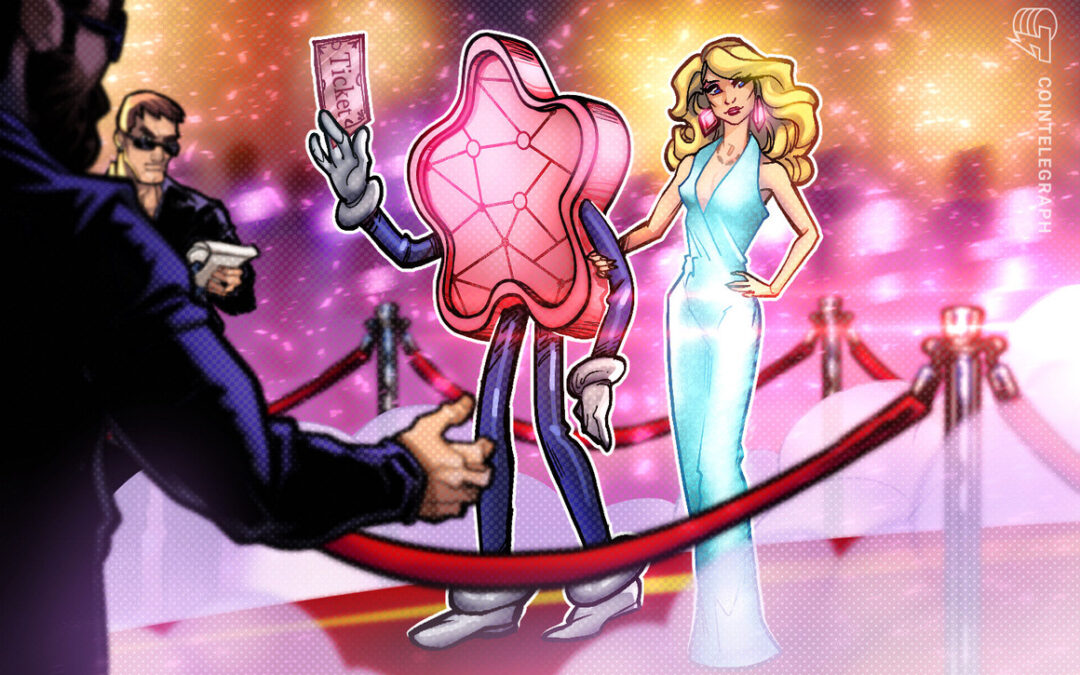 The concept of nonfungible tokens (NFT) came into existence in 2015, and it first got some traction in 2017 when many prominent digital collectibles such as CryptoPunks and EtherRock were created.

NFTs got early traction among premier sports clubs but burst into mainstream popularity after digital artist Beeple’s artwork was sold as an NFT for over $69 million. The Beeple event caught the attention of the world and proved to be a breakout movement for the NFT ecosystem.

Today, most of the mainstream household brands, premium sports and clothing brands, celebrities, sports stars and influencers have got involved in the NFT frenzy. While many believed the hype and frenzy around the market would become the cause of its downfall, the NFT ecosystem has seen a rapid expansion beyond the digital collectible market.

Gaming is another key industry that NFTs have impacted quite significantly, with play-to-earn (P2E) and integrated NFT rewards becoming all the rage in 2021. Games such as Axie Infinity have become a source of livelihood for many in Vietnam, and market experts have predicted that within 10 years, the majority of the video games will have turned to P2E models.

While digital collectibles and the gaming industry have become two of the most well-known use cases of NFTs, there are several other industries where the use of nonfungible tokens is on the rise. In one prominent example, the ticketing industry is eyeing an overhaul by integrating NFTs.

How NFTs shape the ticketing market

While the ticketing market has become digital enough over the course of the past few years, aided by the pandemic, it’s highly centralized, which helps in the growth of secondary and underground markets.

In today’s world, tickets to any major concert or event are bought early by hoarders that are then sold at an exaggerated price on these markets in a practice known as “scalping.”

On many occasions, scalpers will even sell fakes, with customers having no way to confirm authentic tickets before buying.

NFTs offer proof of authenticity, as it saves data on a blockchain. The same mechanism can be applied by putting tickets on a blockchain, which would ensure not only the authenticity of the ticket but whether it was being sold by a legitimate organizer.

These NFT tickers also have the potential to tap into the secondary ticketing market.

For a long time, the secondary market has been mostly inaccessible to event organizers, venues and artists. Unregulated and speculative, it affects both fans frustrated by high prices and artists who are beleaguered by an unhappy fanbase.

With NFT ticketing, this problem could disappear. Artists and event organizers can create smart contracts that govern the resale of their tickets.

NFT benefits can range from royalties coming from resales, limiting the upper or lower pricing limit to packing all sorts of utility add-ons in the NFT. With NFT tickets, the community gets much closer to the artist or sports team. This means they play a larger role in their favorite artists or team’s decisions.

NFT tickets go way beyond access. It’s a collectible but can also be a goodie bag for all sorts of perks. It can be a wallet that holds monetary value securely. You can grant access to specific areas in an event or award a t-shirt, a burger, a signed poster, or $100 worth of purchases in the concert venue.

NFTs are closing the gap between separate experiences markets. The same NFT can be used to hold access to a concert but also be the key to your hotel stay, visit a nearby theme park, and even the key to your rental car on your next trip.

Mike Dragan, chief operating officer of NFT ticketing marketplace Oveit, told Cointelegraph how NFT tickets are already in big demand, with a market value that can exceed hundreds of billions of dollars:

“From our data, 18% of ticketed events are using or consider using NFTs as a way to improve their fans’ experience. This number is up from just 2% in July 2021. We expect the number to increase even more over the coming year as the technology is being rolled out and crypto wallets are getting more popular. We expect the NFT ticketing market to reach 25% of total ticketing market by 2017 — at approximately $18.5 billion — in the live events industry only. We expect a similar level of adoption, although on a longer time scale in the tourism and hospitality industry.”

What’s the future of NFT ticketing?

Many founders and creators in the NFT ticketing market agreed that the frenzy around NFTs among mainstream brands has definitely helped the ticketing market attract more organizers. NFT ticketing is still an emerging technology, so there is plenty of space to grow. For the right solution, the ceiling is as high as the industry itself, with a projected market volume of $94.27 billion by 2026.

Despite a fast growth rate, the NFT ticketing industry also faces certain challenges on the way. Colby Mort from Get Protocol, an NFT ticketing solution, told Cointelegraph that the interest in exploring NFTs from clients is incredibly high, but the tech barrier is still a challenge:

“Ultimately, so long as the process of buying and selling tickets on an NFT marketplace is frictionless, NFT ticketing platforms have the potential to dethrone the big players in this industry. By integrating fiat on- and off-ramps and focusing on user experience, we’re creating a future that, on the surface, works similarly to current offerings but fundamentally improves the experience for fans, increases revenue for artists, and reins in the wildly out of control secondary ticketing market.”

Mainstream brands are beginning to understand the value of NFT technology and that it’s not a passing craze. The use of NFTs in the event ticketing space requires educating brands on how they can use the underlying technology for more than just digital collectibles. They already have a degree of trust and understanding in NFT tech, and thus, the future of NFT ticketing seems like the next best use case.