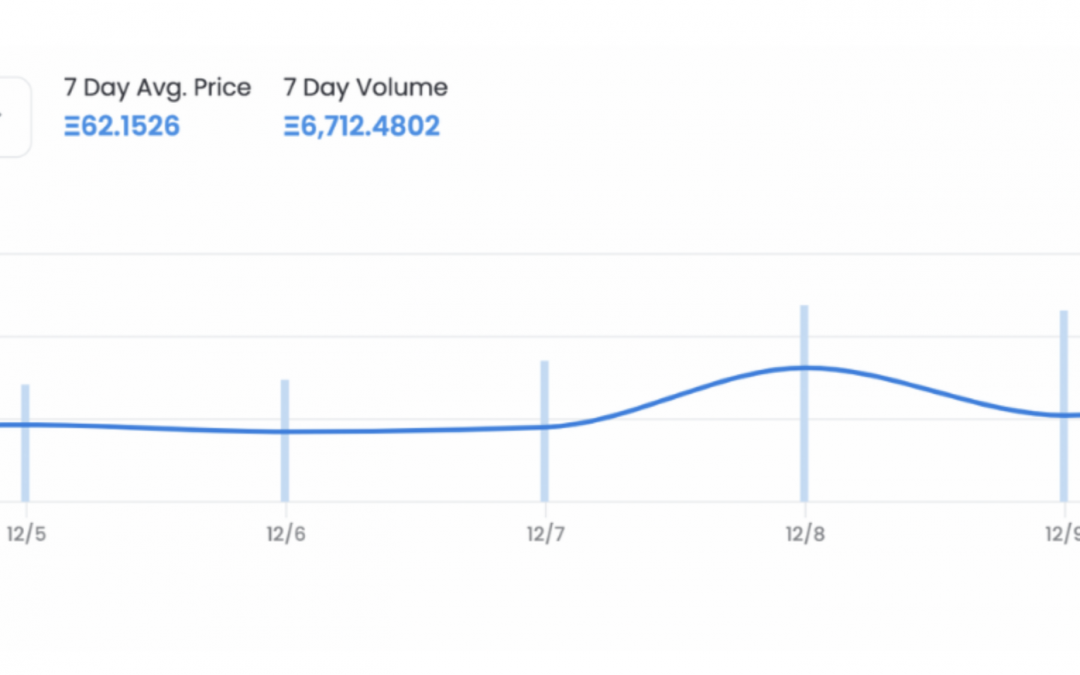 Rising from its modest minting price of 0.08 Ether (ETH), Bored Ape Yacht Club (BAYC) has climbed to nonfungible-token (NFT) stardom, competing with one of the earliest examples of Larva Labs CryptoPunk NFT.

Given its steady but amplified growth, BAYC has many crypto natives speculating that its collection will eventually “flip” CryptoPunks, and there are several reasons to back it.

Tip-toeing around which collection is the top NFT contender, the competition between these two collections is driven by several factors. With an existing divide between mainstream media adoption and the IP rights granted to its owners, the BAYC and CryptoPunks collection also have a disparate amount of unique holders. This is important because the amount of unique holders is often indicative of a wider spread of owners, meaning it’s less at the mercy of a single sale dictating the projects overall or floor value.

Let’s take a look at some of the factors NFT advocates and traders are talking about in regards to the BAYC project flipping the floor price of CryptoPunks.

The stagnation of CryptoPunks in comparison to the dynamic marketing nature of BAYC leaves many speculating that a “flippening” is inevitable. To add fuel to fire, although there are many copyright options given to creators, the “no rights reserved” option is not one given at LarvaLabs.

As such, many have taken to Twitter to comment in support of the speculation. One particular now-former CryptoPunk #4156 was sold for 2,500 Ether on principle and contention regarding Larva Labs’ stance on Creative Commons 0 (CC0) — otherwise known as “no rights reserved.”

it’s not entitlement, it’s activism. happens all the time in public markets. large stakeholder believes they can unlock additional value, tries to plea their case. if it doesn’t work out (as seems to be the case here) they sell and move on https://t.co/dZBErq07A4

Beyond issues with intellectual property (IP) rights, it appears that groups of individuals are rallying around the “flippening” because BAYC has seemed to have mastered its overall marketing and strategic partnerships.

Launched April 20, 2021, the funny, but bored-appearing Apes were minted for 0.08 ETH, valued at $300 at the time. Not long after more notable names like NBA star Stephen Curry began switching their Twitter profile pictures to Apes did the market begin to surge, solidifying the collection as an apparent “blue chip.”

Gaining the attention and adoption of mainstream media and celebrities alike, BAYC seems to have a different trajectory than CryptoPunks. More than individuals, BAYC is strategically partnering with other brands like Adidas and, most recently, announced its partnership with Animoca Brands, a Hong-Kong based software company focused on blockchain games for its future play-to-earn (P2E) games.

In confirming its partnership with Adidas, BAYC alludes to its potential interoperability — the ability to exchange data in different systems or, in this case, Metaverses.

Today we leap Into The Metaverse with @BoredApeYC, @gmoneyNFT & @punkscomic.

It’s time to enter a world of limitless possibilities.https://t.co/LmgtrRn20c pic.twitter.com/40kU8tayrS

CryptoPunks were first generated for free on June 23, 2017, for anyone with an Ethereum wallet. The only fee was the price of gas to mint. Although at the time, many considered CryptoPunks to be the first “NFT,” the token itself is not an ERC-721 token. While built on the Ethereum blockchain, it turns out that the CryptoPunk pre-dates the ERC-721 standard and is closer to being an ERC-20 token.

According to Larva Labs, it no longer has any control over the code utilized to buy, sell and trade the CryptoPunks over the blockchain. By surrendering over its control, it gave the code more credibility through transparency, assuming that it would provide all it was promised to do.

Whether that is what the community anticipated is a different story.

Creators control the IP or bust

There seems to be a climate shift regarding where value is placed in an NFT collection. The ongoing contention within the NFT sphere is who owns the rights: the creator or the owner?

Many are questioning projects who are granting their owners limited rights. However, very few NFT projects align themselves with a CC0 mentality where “no rights are reserved.” The few NFT projects operating in this way are CrypToadz and NounsDAO — a project dear to @punk4156.

it’s not about copyright vs no copyright, it’s about making the pixels as censorship resistant as the token they’re attached to. if you don’t assign the token and the image the same rights, what’s the point of binding them together eternally on a blockchain?

Not satisfied or content with the limited rights granted to CryptoPunks owners caused renowned CryptoPunks Ape Punk #4156 to change their tune. Despite the rather embedded relationship to CryptoPunks — particularly the one behind their “brand” Punks #4156, placed one of the rarest types in the collection for sale. Their Ape punk up was listed for sale at 2,500 ETH, valued at $10.26 million. As the third-highest valued CryptoPunks sold, many have taken to Twitter to comment on this historical sale.

Copyright issues are what drove one of the leading community members out, and given its reputation, many are turning their eye toward the left-facing CryptoPhunks. Phunks supporters claim to align themselves on the “right side of history” since they allegedly give its owners IP rights.

Despite the rights declared and given, there is something to be said about figures — there is no denying the numbers the BAYC collection has pulled.

For the last 30 days, the BAYC collection has amassed a trading volume of nearly 44 Ether, according to data from OpenSea. Impressively, in November alone, the floor price of BAYC surged over 50% and the average price is roughly 56.5 Ether, suggesting its floor could easily inch closer to that of Punks.

Comparatively, the Crypto Punks collection’s locked in 32,005 Ether in the last four weeks. Since the sale of Punk #4156, its floor price has steadily been decreasing and is down 7% from last month, according to data from Dune Analytics.

With so much emphasis on floor prices, the number of unique holders in an NFT collection often gets overlooked. Placing laser focus on the amount of liquidity being exchanged, one loses sight of the number of individuals who hold the token.

One could argue that the higher the number of unique holders, the more indicative the collection is to be successful. This is because it’s widely adopted and is less at the mercy of a small group of individuals who could easily set the gas to fire with a single sale.

When comparing the two collections, BAYC has nearly 6,000 unique holders, whereas CryptoPunks has less than half the number of unique holders at 3,273. According to Larva Labs, the top 10 CryptoPunk owners have over 100 CryptoPunks in their wallets with the top wallet holding 410.

According to Dune Analytics, the top percentage of Apes owned is 1.05%, meaning that no wallet owns more than 105 Apes. Since fewer wallets in the BAYC collection take up a large percentage of ownership, it means that there’s a larger number of individuals in the community who not only won a majority of the collection, but share a sense of collective value. The Bored Ape Yacht Club community members that will protect the value the brand has seemed to capture through its partnerships and are “diamond handing.”

A potential “flippening” — but does it matter?

Great emphasis is placed on “will/when BAYC flip CryptoPunks?” Perhaps the bigger question is, does it matter?

Regardless of Apes flipping Punks, many argue that Apes would never outprice premium tier punks like Aliens or the CryptoPunk version of Apes. Some say that the BAYC collection lacks a range of visual “stratification of status,” making them harder to value.

Only time will tell whether Apes flip Punks. However, the narrative could shift and focus less on the market caps and floor prices of both collections and more so on the value both collections capture over time, regardless of copyright limitations.

After all, there is always another potential “blue chip” on the horizon.