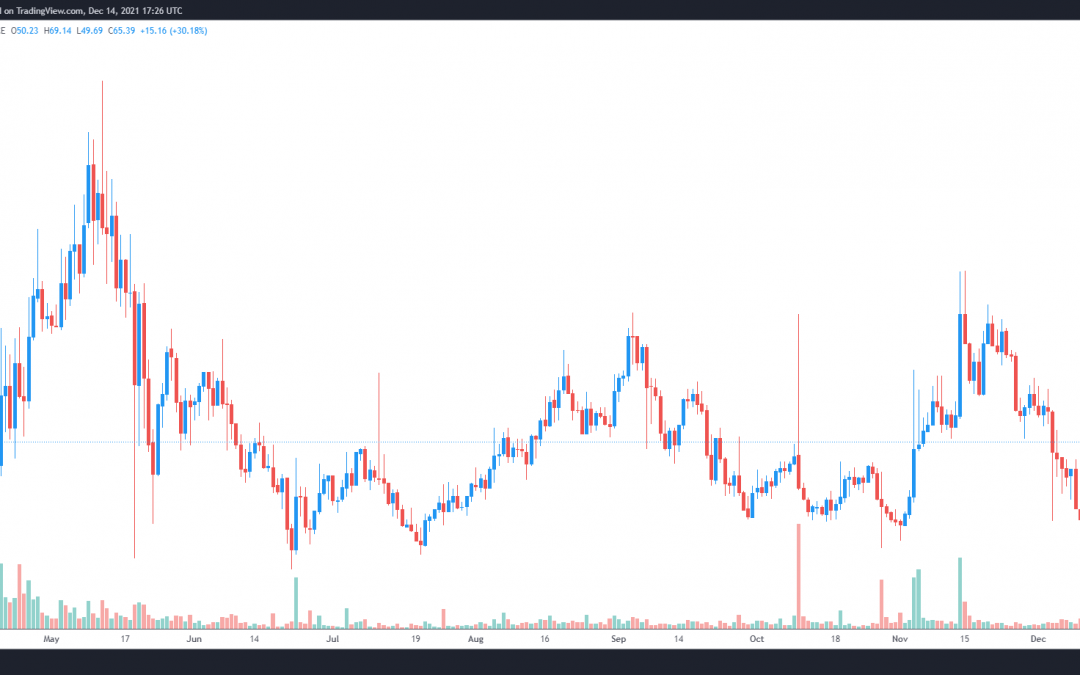 There are always going to be risks involved when interacting with cryptocurrencies, and recent proof of this can be seen over the past few weeks after savvy hackers managed to abscond with millions of dollars worth of tokens from BitMart, AscendEX and BadgerDAO exchange.

Nexus Mutual is a decentralized platform that allows investors to secure insurance coverage against smart contract exploits, and today, its token, WNXM, rallied by 38% even as Bitcoin (BTC) and the wider crypto market continue to correct.

Three reasons for the sudden price reversal of WNXM include a series of new partnerships and integrations with the Nexus Mutual protocol, an increasing total value locked within the Nexus Mutual ecosystem, and the project’s ability to successfully provide coverage to victims of protocol exploits, which involved the loss of funds.

New partnerships and protocol integration with various decentralized finance (DeFi) platforms appear to be one of the driving factors behind WNXM’s current recovery.

The project has also seen a steady rise in the number of cover policies purchased, and within the last week, a few multi-million-dollar policies were opened on Curve, Anchor, Stake DAO and OlympusDAO.

As shown in the chart above, Nexus Mutual saw a 53% increase in the number of policies sold between Nov. 22 and Nov. 29, and the total value of the coverage offered increased by 121%. The increase in usage resulted in a 125.8% increase in the premiums earned by the protocol.

Total value locked is on the rise

The total value locked (TVL) on Nexus Mutual has also risen within the last six months, and data from Defi Llama shows the metric hitting a high of $780.58 million on Nov. 9. Currently, the TVL on Nexus Mutual sits at $585.33 million, which is reflective of the sharp market-wide downturn that started last week.

Protocol users have the option of staking NXM tokens with projects they think are secure as the financial backing for the coverage provided. In exchange for funding the coverage, users receive a yield on their staked tokens and a current average APY of 4.96%.

According to the data provided by the Nexus Mutual app, there is currently $1.1 billion staked through the protocol, $25.5 million in coverage purchased and $12.7 million in rewards paid out.

Related: ‘DeFi is the most dangerous part of the crypto world,’ says Senator Elizabeth Warren

Satisfied customers are good for business

A third reason for the growing strength of Nexus Mutual and the price appreciation of WNXM has been the proven track record of making victims whole after they lose money to a smart contract exploit or protocol hack.

One of the DeFi platforms that had Nexus Mutual coverage prior to an exploit of $100 million was Cream Finance, a protocol that has suffered back-to-back losses in 2021 due to hacks and flash loan exploits.

Luckily for those who had purchased coverage prior to the exploit, the Nexus Mutual community has paid out multiple claims for lost funds.

Late Post: I want to thank the team at @NexusMutual for accepting my claim, I’m actually in tears right now I’m so thankful, I didn’t even realize that I was impacted by the CREAM finance exploit until I tried to withdraw my $BNT funds on CREAM. I recently quit my job to go..

VORTECS™ data from Cointelegraph Markets Pro also began to detect a bullish outlook for WNXM on Dec. 11 prior to the recent price rise.

The VORTECS™ Score, exclusive to Cointelegraph, is an algorithmic comparison of historical and current market conditions derived from a combination of data points, including market sentiment, trading volume, recent price movements and Twitter activity.

As seen in the chart above, the VORTECS™ Score for WNXM climbed into the green zone on Dec. 11 and reached a high of 77 around 57 hours before the price increased 49% over the next day.