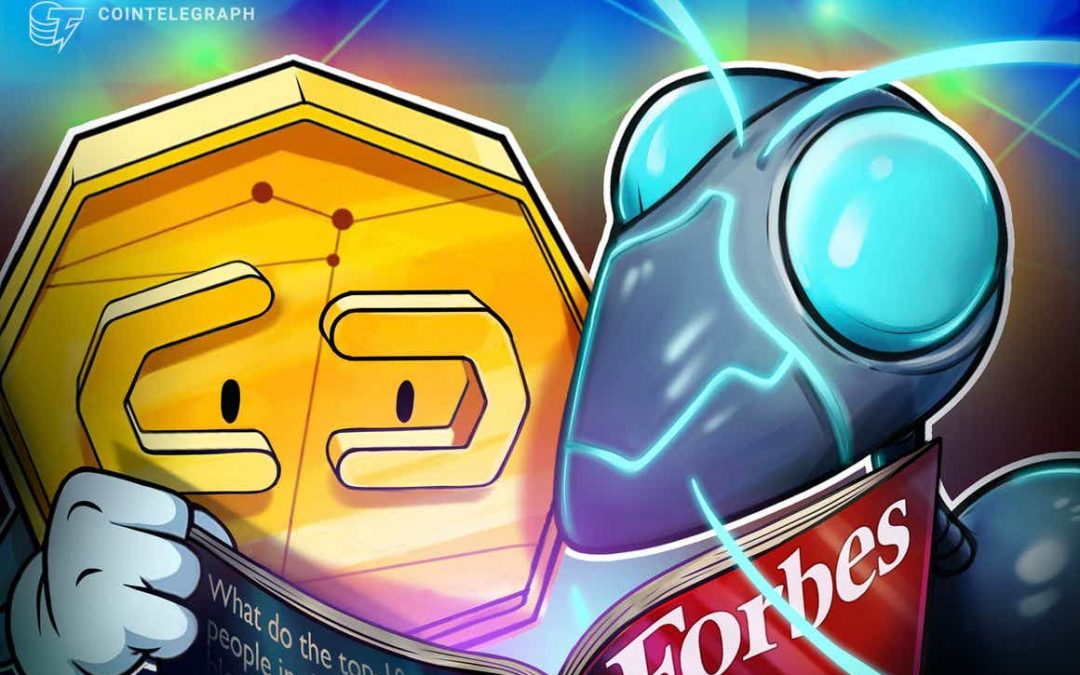 Forbes has named 15 youthful crypto business leaders on the 2022 edition of its 30 under 30 list.

Despite its misleading name, the annual Forbes 30 under 30 list is actually comprised of 600 people aged 30 and under from a total of 20 categories such as finance, gaming and music. Notable alumni from last year’s edition include FTX and Alameda Research founder Sam Bankman-Fried, and Brian Tubergen, the co-founder of U.S.-based initial token offering and exchange platform CoinList.

In the latest edition published on Dec. 1, Forbes noted that the latest batch of under 30s raised more than $1 billion combined. The publication named around 15 crypto people on the list including Alamada Research co-CEOs Caroline Ellison and Sam Trabucco, OpenSea co-founder Alex Atallah and PleasrDAO founder Emily Yang.

Related: Chamath Palihapitiya sells 15% of his stake in SoFi

Outside of Finance, PleasrDao’s Yang was named under the art category for her work in acquiring impressive NFT collections such as Edward Snowden’s first drop for 2,224 Ether (ETH) in April ($10.1 million at current prices). Blockworks co-founders Michael Ippolito and Jason Yanowitz were also included in the media category for their efforts in crypto journalism.

This year’s crypto contingent is a 50% increase on the 10 young crypto leaders named in the previous edition, and reflects a growing trend of crypto acceptance in mainstream media. This may be in part due to the growing number of crypto entrepreneurs who have made the list of the most wealthy figures over the past 12 months.