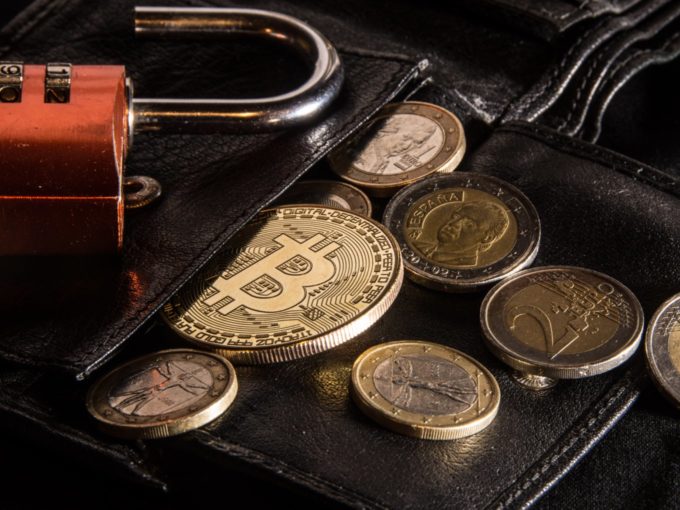 After multiple delays in implementing regulations for the crypto industry and fears of a complete ban on cryptocurrencies in India, the Indian government may form a fresh panel of experts which would come up with the roadmap for regulations and use of blockchain in India.

One of the key focus areas would be to find solutions to regulate crypto as digital assets instead of currency, which is something most Indian startups have called for from the very beginning, given their primary business models around investments.

As the global user base of cryptocurrencies and crypto assets has surpassed 200 Mn, India crypto industry has also registered a record jump in the number of crypto adopters. The number of active users is currently approximately 15 Mn, while the number of blockchain startups in this space has gone up from 100+ in 2018 to 300+ in 2021. According to a recent report by India’s industry association IndiaTech.org, Indian users currently hold crypto assets worth more than $1.5 Bn and their daily trades in crypto are worth $350-500 Mn.

With the higher interest around cryptos, the new committee is reportedly being formed as the government wants to revisit the recommendations made by the Subhash Garg Committee in 2019. The committee had recommended a bar on cryptocurrencies in India, while the industry has called for regulations to avoid disrupting millions invested by companies. Minister of state for finance Anurag Thakur is expected to be part of the new panel.

Officials believe there is a need for updated regulations for the new and emerging business models in the crypto space in India. Besides this, the new panel would potentially study the proposed Reserve Bank of India-backed digital national currency. According to ET, the finance ministry is monitoring the growing interest and activity in cryptocurrency trading in India and gauging supervisory risks. The crypto industry has welcomed the news with WazirX founder Nischal Shetty tweeting about the need for regulations. 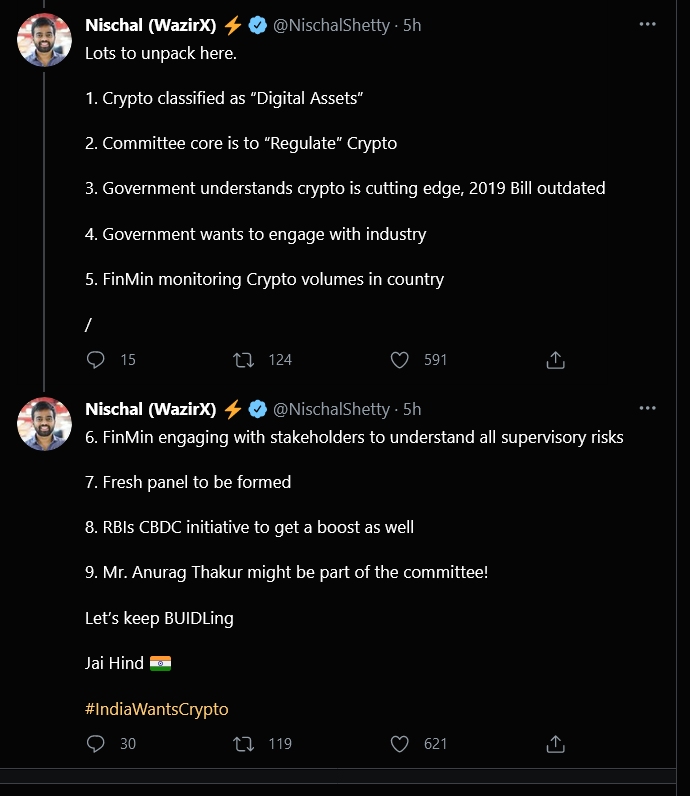 In March, finance minister Nirmala Sitharaman said a complete ban on cryptocurrency is not being considered. However, media reports citing government sources have suggested that the Reserve Bank of India has strongly recommended a ban on the blockchain-based currency in the country. This indecision by the government, RBI and the Supreme Court in its various crypto hearings has left the industry stranded in many cases.

But this is only one side of the story. There are plenty of roadblocks that are hindering the growth of crypto in India. The government’s carefully veiled statements and a slew of contradictory media reports have made it impossible for anyone to predict what India’s bill on cryptocurrency will entail for the future of the sector.

This at a time when more users are now dealing in crypto and the sector has witnessed recent funding from international investors such as Tiger Global, Draper Associates, Binance, Coinbase, Block.One and Polychain Capital, Indian startups have received less than 0.2% of the $5.5 Bn funding raised by blockchain startups globally.

In addition to cryptocurrencies, the proposed government panel will also focus on blockchain development. Mumbai-based blockchain company Polygon (previously known as Matic) has recorded a 145% increase in a seven-day period from May 11 to May 18, while Bitcoin and Ethereum, which respectively hold the largest and the second largest market capitalisation, had major falls in price. Polygon has crossed the market capitalisation of $13 Bn on May 18 and its token MATIC was up by more than 24%.