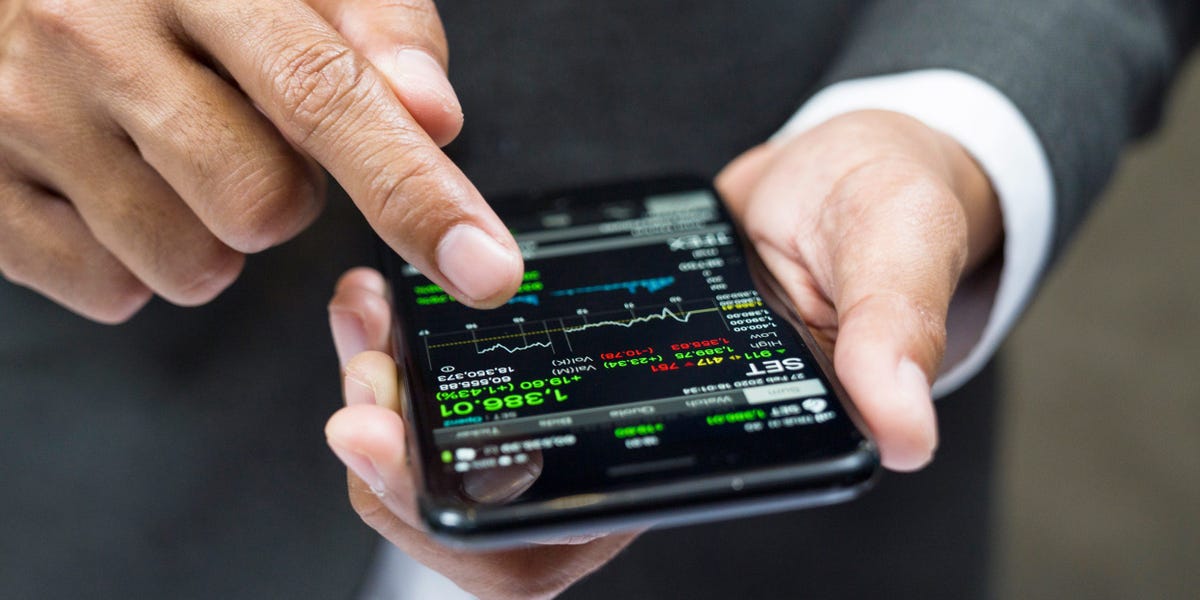 Interest in buying cryptocurrencies has skyrocketed in recent months with assets like bitcoin, ethereum, and dogecoin posting massive gains.

Year-to-date, bitcoin is up 68%, ethereum has gained 403%, and dogecoin more than 6,800%. Other coins are also enjoying the influx of money to the space.

But cryptocurrencies themselves, which tend to have highly volatile price action, aren’t the only way to take advantage of digital-asset growth.

Some stocks are also well-positioned to benefit from the rising crypto tide because of their role in facilitating adoption of the assets and their integration into the financial system, according to JP Lee, the product manager of VanEck‘s digital asset exchange-traded fund, the VanEck Vectors Digital Asset Transformation ETF (DAPP), which just came to market in April. The ETF is down 28% over its past four weeks of trading, during which time bitcoin has slumped 23%.

One stock Lee likes is Riot Blockchain (RIOT), a firm trying to mine bitcoin in a sustainable fashion. Bitcoin’s environmental impact — because of the high amount of energy it takes to mine the currency — is a concern for many, including Tesla CEO Elon Musk, who said Thursday that the automaker would stop accepting bitcoin as a form of payment until mining it is more eco-friendly.

“That would be an example of a company that’s trying to address something that’s in the news everyday, and I think they have a huge opportunity to be a leader in the United States,” Lee told Insider Thursday.

“Because right now there’s a little bit of a mismatch between US miners and China miners, where China is doing more of the broader bitcoin mining than the US is, while the US is holding more bitcoin than the Chinese are. So there’s an opportunity for US miners to push for renewable mining sources, push for transparency,” he added.

Another stock Lee is bullish on, and DAPP’s second-biggest holding, is Square (SQ), the digital-payments firm started by Twitter founder and CEO Jack Dorsey.

Lee said he likes that the firm has been an early adopter of cryptocurrency by allowing users to buy bitcoin and pay with it on its Cash App platform.

Finally, Lee likes Silvergate Capital (SI), a bank for the digital-currency industry. The company’s shares got a boost on Thursday after Facebook announced that the firm would be the issuer of its Diem stablecoin, a cryptocurrency tied to another currency’s price (Diem is tied to the US dollar).

He continued: “They are facilitating Coinbase, Gemini, and other crypto-focused businesses. They’re facilitating them doing business, whether that’s through settling bitcoin transactions instantaneously and then delivering the cash and allowing those companies like Coinbase to do — whether it’s pay their payroll or meet their US dollar fiat cash needs, and they’re allowing them to do that in a cleaner manner.”

All three stocks are holdings in VanEck’s digital asset ETF.

Why Lee is bullish on crypto long-term

Lee is bullish on the crypto space and blockchain technology in the long-term because of its disruptive capabilities in terms of changing the current financial structure.

This is because blockchain technology allows for the transfer of money without going through a middleman who collects fees. While the financial services is perhaps the most obvious industry under threat, Lee said it goes beyond that.

While traditional financial firms are investing more heavily in emerging technologies including blockchain, some executives are not as worried about the cryptocurrencies themselves. JPMorgan CEO Jamie Dimon recently said he “has no interest” in bitcoin, for example.

Lee said the reservation industry (i.e. hotels, cars, dog-walkers), internet browsers, the shipping tracking industry, and the real estate industry could all have parts of their business processes moved to blockchain to make them more seamless and cheaper.

“If you can think about it, it’s a target in my opinion,” Lee said.